My name is Amira 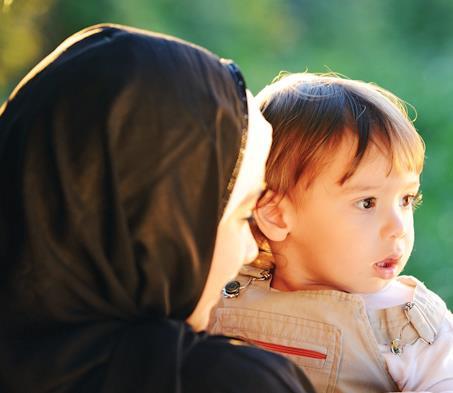 'I said I was afraid of him'

I smile when people call me Amira*, but it is not a happy smile.

Perhaps my parents hoped to bring me favour by giving me the name “princess”. I was born after three sons and they lavished me with affection. When I was in my teens, they arranged my marriage with the son of family friends. I agreed because I trusted them to do what was best.

Although we lived in the UK, adherence to our Muslim culture was strong. Besides, I knew Erol* – or thought I knew him – very well. He was six years older than me, a good Muslim and nice looking. He also had a secure job as an accountant, with prospects of advancement. What more could a girl ask?

After our Sharia (Islamic) marriage ceremony, Erol became very possessive. He insisted on making all the decisions and even chose what I wore. I tried hard to please him, but he found fault with everything. He began to abuse me, first verbally and later slapping me or punishing me in other ways, leaving bruises where they wouldn’t show. My mother sensed that all was not well, but assured me that all marriages needed time. All would be well if I worked at it.

Then Erol’s firm transferred him to London. I missed my family and friends, but I was carrying my first child by then and relations with Erol improved somewhat. But, soon after our son came, his abusive behaviour returned. Often, he left me alone in the evenings, and the only people I saw during the day were the Muslim women in our neighbourhood.

Two years passed. I had failed to fall pregnant again, and one day my husband announced that he had taken another wife. He showed me her picture: the sister of a colleague. I cried and screamed at him but he said it was his right, under Islamic law. When I told him I would get a divorce he laughed.

“Our marriage was never registered under English law. With a Sharia marriage you can only get a Sharia divorce. The Islamic Council would never grant you one – so don’t even think about trying.”

Then he beat me.

My friends warned me to be careful. One woman from the United Arab Emirates said their law gave men the legal right to discipline and ‘chastise’ their wives and children with physical abuse. I was reminded that ‘honour’ killings took place even in the UK: women murdered by their families for behaviour they felt brought them shame.

I went to the imam at our local Muslim Council and shared about Erol’s abuse and second marriage. He suggested that my own behaviour might have provoked him. Had I been a good and obedient wife, showing him the proper respect? I said I was afraid of him and would go to the police if he hurt me again.

“Only as a last resort,” the imam counselled me, looking stern. “It is up to you to repair your marriage. Think of your son. You do not want to lose him.”

Lose him? Surely Erol could not take my child from me? But I knew that he would find a way if I persisted. Somehow, I would have to learn to cope ...

*Names have been changed

WHAT YOU CAN DO

+ Sign up to the Say No – UNiTE to End Violence campaign

According to Home Office figures, more than 1.2 million British women suffered domestic violence in 2012. Experts believe the actual number is closer to 13 million, since the vast majority of incidents go unreported. Two women are killed by their partners or ex-partners every week, and a British study of family violence found that wives of Muslim men are eight times more likely to be killed than any other women in Britain.

The UK’s Crown Prosecution Service has warned that the growth of Islamic courts in the country is putting women at risk of violence from abusive husbands. Their decisions sometimes run contrary to British law, and evidence exists that in some cases domestic violence has been condoned.

Muslims with multiple wives may bring them to the UK when they emigrate, and a growing number of British Muslim men are taking second, or third wives although polygamy is illegal. Such wives are considered as single mothers by the welfare system, so several ‘families’ fathered by the same man can all claim benefits. Social workers estimate the population includes at least 20,000 bigamous or polygamous marriages.