‘My daughter is a Buddhist and I love her to bits!’ 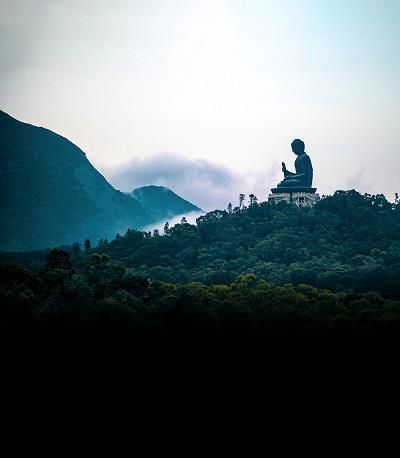 My oldest child is my miracle baby! When I found out that I was pregnant with her 25 years ago, I couldn’t believe it. The year before, my husband and I were told it would be almost impossible for us to have children and that we would have to start IVF treatment if we wanted to try. We had married young and hadn’t been trying for a baby up until this point.

At this point, I was 26 and had not had a period since I was 19. Around the same time, a visiting American evangelist came to my home town. I was never a huge fan but for some reason we decided to go along to his convention. There was a point in the service when he told everyone who had an illness to stand up if they wanted healing.

I stood up, placed my hands on my tummy and prayed silently for the Lord to heal me. Whoosh!! I felt a heat, like lightning, race across my belly, from right to left! I knew I had been healed.

The week I took a home test and found out I was pregnant, we were supposed to have our first IVF appointment. I felt so much joy at cancelling it and telling the doctor that I was pregnant. He was a Christian so totally felt my joy too. But, I must confess, I did five pregnancy tests before it sunk in.

After my beautiful baby girl was born, I went on to have two other children, another girl (22) and a boy (19) who are both as gorgeous and wonderful! Since I had her, I had no fertility problems at all and my periods started running like clockwork.

My daughter is a singer/ songwriter. She is also a devout, committed Buddhist and is often invited to give talks at Buddhist events and to perform. When she first told me that she had become a Buddhist, she was in her final year at university and I was living and working abroad. I am a committed, Jesus-loving Christian. It came as a shock. I was also living thousands of miles away. I started to think that it was my fault.

When we had moved abroad a few years earlier, I went through a difficult divorce with my children’s dad. They were relieved that we had finally gotten a divorce, as the final years of our marriage were tumultuous and they felt it. I started blaming myself that she had left the faith she had grown up in. Her younger sister, on the other hand, had committed her life to Christ when she was 17 and is a busy leader in her church, preaching weekly at her university fellowship. I confess that in the couple of years after my divorce, I stopped going to church. I still loved the Lord, but I had somehow lost my way. I would drive my children to church but not go myself.

I don’t beat myself up about my daughter’s choice as much anymore. I don’t love her less because she is a Buddhist. How could I? Not only is she my precious child, she is God’s too and he loves her way more than I do. I think the turning point came when she moved in with me three years ago and wanted to bring her shrine with her. I freaked out and said no. We had our first and only row as she tried to explain that it was a part of her essence and I was refusing her when I said she couldn’t bring it into the home. I told her that we were a Christian home and in my eyes it was idolatry. We agreed to disagree and I kept on praying, as did she.

I’ve been asked how I could have let my daughter become a Buddhist. There’s often judgment in the tone of whoever (always a Christian) is asking. God has given us free will to choose our own path. This is the path she is on right now and all I can do is to pray for her salvation and plead the blood of Jesus over her life, love her and encourage her. I am so very proud of her. She is a remarkable human being and has so much humanity for others. This is reflected in her songs and how she treats others. God’s got her, that I am sure of.

I recently attended a Buddhist event with her via Zoom where she was performing. I learned more about her faith. I don’t agree with a lot of it, but there were some things that I could identify with, like loving each other and doing good for one another. Ultimately, though, for me the only way to full enlightenment is through Jesus Christ. So, yes, my daughter is a Buddhist, but that doesn’t change how I feel about Buddhist her. I love her to bits!