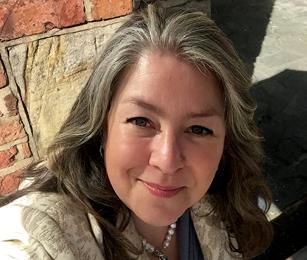 Tania Bright (affectionally known as Tarn) is the kind of person who can only be described with big, bold adjectives. She’s effervescent, hilarious, diamond-strong and endearingly transparent.

She’s also what you might call a “high-capacity individual,” – someone who accomplishes in a day what most of us would be thrilled to get done in a month. She doesn’t come across as stressed or harried. Rather, she seems to have a clear sense of her priorities and calling, some hard-learned survival strategies, and a committed and supportive community of friends.

Tania was brought up in a stable, loving Christian home, with one sibling, an older sister she describes as being “very, very, very good”. Labels were assigned early on, and Tania was labelled as trouble.

“By age 13 I was really not living any of the values I had been brought up with. I look back now as a 45-year-old mother of two and realise what it must have been like for my parents.

“When I was going off the rails, all my thoughts were self-centred. ‘I want to self-express.’ ‘I want to be who I want to be.’”

She left home just after her 16th birthday and for several years lived out every parent’s nightmare scenario for their teen. She tells stories from this time with unflinching honesty in her book, Don’t Beat Yourself Up: Learning the Wisdom of Kindsight (Monarch, 2015).

Throughout her turbulent teens, faith never left her.

“I would have denied it to my parents and my sister because to show a crack in the identity I had chosen would have taken some humility. But I knew Jesus was real, that God was for me – even at my worst times. Whilst there was an interim departure, I really believe in the truth of the Scripture ‘raise a child in the way they should go and they will not depart from it’ (Proverbs 22:6). I used to say to my mum, ‘I’ve got no time for religion.’ And she’d say, ‘It’s not about religion, it’s about Jesus.’ And I knew she was right, which was so annoying!”

By her early twenties, Tania was exploring faith more openly, and in her late twenties she left a hugely successful career in global procurement and went to Bible college in Australia.

Was there anything significant about the fact she went so far from her family for this chapter?

“It was subliminal at the time, but what I was doing was saying I needed my own space and time to figure out how faith was going to be for me. My sister had, and still has, a very strong Christian presence. She runs a church and she’s a fantastic communicator. I had an absolute blast in Australia. I made some lifelong friends and I learnt about Jesus in a whole new way. It was like coming home.”

After three years, Tania returned to the UK and has since thrown herself into a wide range of ministries and causes. Her current portfolio is bursting with diverse commitments from serving as Group Director of Chapel Street, a community schools trust; being on the boards of Love146, a child trafficking charity, and Spring Harvest; and acting as Executive Director of Church Response for Refugees. She’s also an executive coach, working with individuals and organisations.

“One of the things I love doing is getting in at the start, helping people set out in a healthy direction, putting in place structures and guidelines that can make all the difference to an organisation’s ability to be fruitful and focus on its core purpose. I recently did some work with a brilliant charity that supports women dealing with domestic abuse. They had never clarified who had the ability to make what decision, who was accountable to who, and it was causing all kinds of problems, and really slowing them down.”

If you are already wondering how one person can conceivably juggle all these balls, your jaw will drop to the floor when you realise there is a much bigger ball in the air, one that matters to Tania more than all the others. She’s a single, adoptive mother to two young boys with a whole range of challenges.

“My older son has foetal alcohol syndrome, attention disorders, loss of hearing in his right ear and speech and learning difficulties. My younger son has signs of similar difficulties, but seems to be more cognitively typical. You are not supposed to say the word ‘normal’.”

Caring for Mac and Charlie has involved “therapeutic parenting”, which Tania has thrown herself into in typically wholehearted fashion. She’s been on 19 courses to date, on everything from attachment theory, through to safe restraint and the basics of speech therapy.

Their day starts very early and the boys need a lot of structure and consistency. She’s also had to learn not to raise her voice with them.

“There is something in the wiring of children like mine where shouting escalates the production of cortisol, the stress hormone. That is the case in all children, but most children can regulate that. Low self-regulation is a key feature of foetal alcohol syndrome. When I’ve had a difficult day and they are pushing my buttons, I do yell sometimes, but their reaction is so huge I do everything I can not to put them through that. It is so important for me to manage myself so I can manage them.”

So how does Tania not only find time for this extraordinary number of demands and emotional bandwidth, but remain so full of joy and energy? One of the most destructive tendencies we have as humans is to compare ourselves to others, becoming either prideful or demoralised depending on who we look at. But there is merit in learning from those who excel at certain things, and Tania is a master of living well at the boundaries of her, admittedly extreme, capacity. How does she do it?

“I’ve always been very driven. Part of that is from trying to prove myself, not wanting to let my family down, not having gone down the normal route in life. I realised early on that I was so driven that I could become very boring and that I could feed something that wasn’t very healthy. Thankfully I was self-aware very early on and so I always built in time for great friendships. People have always been very important to me and that has been a great source of joy for me in my life.

“I do have to manage work/life balance quite carefully, but I’ve learnt over the years how to compartmentalise and how to switch off. People have actually accused me at times of being quite callous. I can be in a highly charged emotional situation at work – I’ve worked with trafficked children for example – and within ten minutes of leaving that environment I can be laughing, in a restaurant with a glass of wine and lovely food.

“People will say I don’t feel what I’ve just gone through. But it isn’t that I don’t feel things or don’t care, it’s that I have developed a way of switching off. It is a discipline and I wouldn’t be able to do all the things I do without that discipline. I’ve had to learn how to stop thought processes, to arrest them and replace them.

“I am very aware that some people haven’t yet identified that that might be a useful tool for them, but also that it has to do with my personality type as well. I have to give other people space for them to be emotionally processing things. For some people it is appropriate and psychologically healthy to take longer. But this tool has enabled me to work for a number of different organisations, to have a number of different focuses in any given day. By the grace of God I have crafted a way of thinking that enables that.

“It is important to recognise that we all have our own strategies. We need to know how we work best – analyse it, devise our own ways of increasing our capacity and the quality of our lives at the same time. We need to craft enough margin in our lives to do those things that refresh us."

Jo Swinney is an author, editor, speaker and Director of Church Communications at CPO