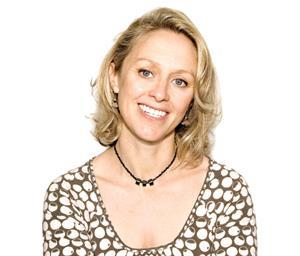 The power of Mum!

Lucinda van der Hart meets Carrie Longton, one of the founders of Mumsnet, which has become the UK’s most popular website for parents

My faith is crucial to surviving my life,” says Carrie, as she reflects on the success of Mumsnet. She and her friend Justine Roberts launched the site 12 years ago. “I didn’t always believe it would go places …” she admits, but nevertheless, she and Justine took a leap of faith, leaving behind their respective journalistic careers in order to develop their idea.

“Justine and I met at antenatal classes,” says Carrie, who now has three children. A year after they had met, Justine took her one-year-old twins on what turned out to be a disastrous holiday to Florida. “She came back saying, ‘What if you could ask the World Wide Web where you should go on holiday with twins in October?’” Carrie explains. “That was really the idea behind Mumsnet.” The concept of a website based around discussion forums and reviews was novel: “Back then there was no Trip Advisor, Amazon didn’t do reviews and there was no such thing as Google.”

Mumsnet now has four million monthly visitors. It offers parenting advice, discussion forums, product reviews and local information for those caring for children. “We wanted to make parents’ lives easier, to create something that we would use, that had our tone …” Carrie says.

A few years ago, a depressed single mother announced on Mumsnet that she could no longer cope with life and had swallowed a bottle of painkillers. Although like most other ‘Mumsnetters’ she used the site anonymously, other users worked out her true identity and called an ambulance. They arranged to pick up her child from school, and within 24 hours had raised £2,000 to pay for some emergency childcare to ease the pressure when she left hospital.

This is just one of many stories of Mumsnet acting as a source of support for mums in tough and isolated situations. Although Mumsnet “isn’t a Christian website, by any stretch of the imagination”, many Christians do use the site, and “sometimes it is a place where love in action is seen … there are some fantastic deeds of kindness and generosity. The fact that many of them are done anonymously and for people who have never met one another before, I find quite humbling.”

In the last few years, Mumsnet has begun to campaign on family and women’s issues. “The campaigns came from realising, over the election, that politicians were interested in us because we had over a million mums signed up, and we had a bit of muscle,” says Carrie.

In early 2010 the Let Girls be Girls campaign was launched. “I was sick of this drip, drip sexualisation of young girls – so we asked, ‘What can we do about it?’ We didn’t know if we could do anything, but we started a campaign asking retailers to stop selling clothes that prematurely sexualise young girls.” In 2011 the campaign was broadened to include ‘Lads’ Mags’, calling on retailers not to display them in children’s sight.

Applauded by Education Secretary Michael Gove, the requests made by the Let Girls be Girls and ‘Lads’ Mags’ campaigns have been endorsed by the government’s Bailey Review into the sexualisation and commercialisation of childhood. “That felt like a landmark,” says Carrie. “So often we think, as Christians … that we can’t do anything; that it is all inevitable. But, we need to get together and say, ‘We don’t want this anymore, we’re sick of it. We’re not going to buy from the shops that sell it for our children.’ We want the retailers to get the economic message from our actions.” Companies backing the campaign so far include Bhs, Sainsbury’s, George at Asda, Tesco, Next, Boots, Clarks, Debenhams, John Lewis and Marks & Spencer.

“We want to make Britain the most family friendly country in Europe,” says Carrie of Mumsnet’s latest initiative: the Family Friendly programme. In 2011, Mumsnet began working with shops, restaurants, leisure companies and holiday firms to help them understand family needs. Awards were offered to companies that successfully take account of family needs in their employment practices and services.

“We are interested in how companies treat their employees. Britain can’t afford not to be family friendly. It can’t afford to alienate an entire female workforce, or say ‘no, you can’t work flexibly ...’”Carrie says. During 2011, 16 companies signed up to the programme, but she hopes to see another 30 to 40 sign up this year. “It’s a bit like the Fairtrade Mark – there’ll be a sense of, ‘Why aren’t you family friendly?’” she says of those companies who choose not to align themselves with the programme.

How does Carrie’s faith play a part in her work? “My faith is a bit like talking, it has always been with me,” she says. “I think faith is in you – it is how you conduct yourself. I’m not sure I am very good at it all the time – I have lots of flaws. Sometimes I think, ‘that wasn’t a very good Christian witness, was it?’”

One of her hopes is that Mumsnet is an ethical business. “Although we are a business, we are not purely about profit. We don’t take any advertising from Nestlé because our members don’t like what they do in the Third World. We turn down about a million a year from them. I like it that Mumsnet can become a power for good …”

Carrie’s faith has “… had its ups and downs over the years. I now have three kids, which brings its own challenges – trying to find time for your own personal faith and helping give them a faith …” Another challenge that she identifies as significant for today’s working Christian mum is the blurring of boundaries between work and family time. “The problem now is we have iPhones; everything is wireless and you can work all the time,” she says. Officially, she works 3.8 days a week – “that’s how I try to balance work and home” – although she often finds herself working far longer hours.

“I go to church on Sundays, and I have some good Christian friends who I can call if I am having a crisis and they will pray with me on the phone,” says Carrie concerning how she tries to sustain her faith. “I’ll call them on the way to work – you have got to fit it in where you can ... I try to keep growing, and I am challenged to keep growing on a daily basis. The revelation is that you can chat to God on the bus, or while you are at your desk …”

Carrie’s own mother, to whom she was clearly devoted, died at just 50. So when I ask about her dreams and ambitions for the future, she simply says, “I’d like to live long enough to see my kids grow up.” Then she adds: “I’d like to see Mumsnet help more parents, and I’d like to see the Family Friendly initiative grow into a movement that makes Britain a better place to work for everybody. I’d like to stay happily married and try to be a good witness to my kids and other people.”