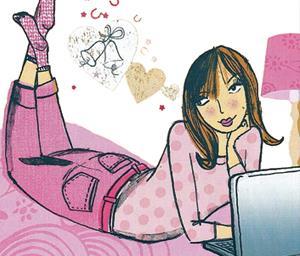 Four years and a fund of stories

Many readers have taken Hopeful Girl to their hearts as we have followed her search for Mr Right. We asked her about some of her experiences and what the future might hold

1. If you knew then what you know now, do you think you’d have gone ahead with online dating etc?

Yes, I would. I met lots of interesting people – good, bad and slightly scary – and my friendships with WittyMan and TechiMan alone are worth the investment of time, money and energy. I recently went to TechiMan’s wedding, which was lovely, although I panicked a bit when asked by his friends and family how we knew each other – I’d forgotten to check how he and his bride would feel about me saying: “We met on a dating website”! The Christian singles scene was a great place to visit, but I wouldn’t want to live there! However, if I hadn’t persevered, I wouldn’t have met CountryMan. And even if I hadn’t met him, I’d have no regrets.

2. What have you enjoyed most/least about your experience?

It was fun and frustrating in equal measure. Some people think online dating will boost your self-esteem, but actually your confidence can take quite a battering from all the scrutiny and rejections. It can be very demoralising to put in so much effort, only to be regularly disappointed – while also trying not to hurt other people’s feelings. You have to play the long game – it took four years of online dates and singles events to meet CountryMan. Mind you, my friend met her Mr Right at the second event I dragged her along to, so you never know when love is around the corner. On the up-side, I went to lots of parties, met some great people, made a few pals – and gathered a ton of entertaining stories to share with friends and Woman Alive readers!

3. Of all the colourful characters you’ve met, are there any that particularly stand out – why?

Last year, at my favourite Christian festival, I felt like I’d been on a date with every unmarried man in Christendom. Every 10 minutes, I’d spot someone I’d been on a date (or a speed date) with – I had to keep ducking behind marquees to avoid bumping into them! All human life can be found on the Christian singles scene. I wouldn’t want to encounter SilverMan and his anger issues down a dark alley. SkinnyMan also turned a bit scary when I broke the news that I wasn’t his girlfriend. HaughtyMan was looking for a housekeeper rather than someone to love. And who can forget TinyMan, who trawled the Christian singles scene despite having a girlfriend? (He got in touch again a year later to tell me he had become available. As if I would!). But most of the men I met were decent people who just weren’t right for me – or had too many issues to risk a relationship!

4. Was there ever a point when you thought – enough is enough, it’s time to settle down with the cats and be done with it?

There was. In the column, I could only fit a fraction of the events from my time on the Christian dating scene. But in my book, I share how I finally decided I’d given it my best shot, and it was time to take myself off the websites and mailing lists, and get on with my life. I had good friends, a loving church and a great God, so I decided to leave it in his hands and move forward. It felt very freeing – and there were always the cats when I needed a cuddle! But as it turned out, that wasn’t the end of the story …

5. Behind the fun, you’ve often addressed the serious issue of the imbalance of the sexes in many churches. What do you think we can do to address this?

This is actually a very serious problem. Obviously, there’s the loneliness, heartbreak and disappointment experienced by so many women who are holding out for a Christian husband – and whose fate is often glossed over by church leaders, who are usually married themselves. But in the long term, with four single women to every single man in the church, the birth rate among Christians will be so low that within a generation or two, the British church could be all but wiped out. Leaders need to think very seriously about how to attract more men into the church, and keep them there – not just to provide husbands for all the single ladies, but because there’s obviously a major disconnect between what men are looking for, and what the church is offering.

6. You’re now turning your attention to helping others in their search for Mr Right. What can we look forward to in your new column?

I’m hoping readers will get more involved by sharing their own stories, questions and wisdom. They can go to www.facebook.com/HopefulGirlUK and www.twitter.com/HopefulGirlUK to chat to me (and each other), and to get alerts for Christian singles events. I’ve already met some lovely readers online. Meanwhile, in Woman Alive, l’ll continue to share stories and things I’ve learned on the Christian dating scene, and flag up services for single Christians. If there’s anything readers would like me to tackle, they can drop me a line on Facebook or Twitter, or via the Woman Alive office.

7. We’re all hoping there’s a ‘happy ever after’ for you. Will you keep us updated on CountryMan?

Thank you – I will! (But I’d ask Woman Alive readers not to give away the ending of the book to people who may not read the column.) It’s early days for CountryMan and me, but it’s going well and he shows every sign of being a really good guy. It’s been strange for him, reading about himself in the column – he often jokes that I’m only dating him to get a happy ending for my book! He had a little cry when he read my reflections on dating a widower and how sweetly he’s handled that situation. He said: “You make me sound really nice...” but he IS really nice! He wasn’t quite so keen on me sharing how we spent New Year’s Eve hunting through the local hedgerows for a runaway chicken. “People will think I don’t know how to show a lady a good time!” he said. But swapping stilettos for wellies is no great hardship when you’re in love!