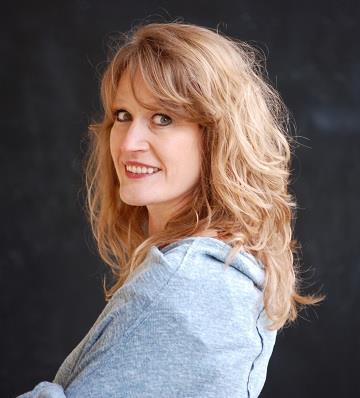 You talk quite openly about your personal experiences and trauma of abuse – how did coming face to face with this open the door to closer intimacy with God?

Well, I must admit that at first it didn’t. I was confused; wondered where God was, why he had allowed it, and thought the safest place to be was behind a wall of my own defences. I knew that he was ‘supposed’ to be my safe place, but when I was dealing with the memories of the abuse he didn’t feel particularly safe to me.

Once I had revelation of (his) pure love (which I journey in the book) I was drawn toward the idea of intimacy rather than away from it. At least intimacy with the Father, Son and Holy Spirit; trusting people was another journey altogether! The greater my trust in him, the more I could eventually trust others.

He has shown me that facing my worst fears brought me to the greatest security because there is no fear in him, only perfect love (1 John 4:18).

He also showed me, which comes out in the book, that my past may shape me…but it need not define me.

Why do you think we tend to be shy of having a deeper relationship with God? (I realise I sometimes see/feel God saying something and tend to avoid asking searching questions of him.)

I think we both fear the unknown and fear being known…and with God both of those must be faced in order to go deeper in our relationship with him.

In the Garden of Eden they were naked and unashamed (see Genesis 2:25) and that is how God designed our relationship to be. There was no need for fear, and knowing his voice was part of their everyday existence. But sin came in and brought with it fear, shame and confusion, as well as hiding (Genesis 3:10). From that moment of separation everything changed and suddenly our safe place would be seen through eyes of shame, not innocence.

But in Christ we can be freed to see God through eyes of love and forgiveness, making it easier to trust him once again. I believe that is the relationship God seeks with all of us – naked and unashamed, fully trusting and beautifully vulnerable.

Is part of the problem to do with how our churches teach us about intimacy with God?

That is a broad question as the Church is vastly different, therefore the teachings at any specific location will be given through the lens of the one leading. If someone has had a powerful, intimate encounter with God then that will, presumably, be evident in how they teach about intimacy. But without that encounter the teaching may be skewed.

We need to remember that the enemy always counterfeits an original, twisting it to bring confusion and distortion. That is why we live in a world that I believe often equates intimacy with sex. If that is how I see intimacy, then clearly I would have no desire to seek that out with the Creator of the universe; in fact quite the opposite,

I would imagine he would have no interest in such a relationship with me.

Believing this keeps him at a distance and solidifies the belief that we cannot come close to God; instead it’s best to stay at a distance as the Israelites did in Exodus 19, letting Moses himself approach the mountain and encounter God.

Unless the leaders get revelation on God’s love, and push beyond their own fears and insecurities, it will be difficult for the church to follow. But I believe we are coming into a time and age when that will be changing and the Church is going to get a new revelation of God’s love. The world is desperate for real love, seeking true identity, and once the Bride of Christ discovers this with fresh revelation the invitation for such encounter will spread like wildfire across this earth. God is love. To avoid speaking of intimacy is to avoid addressing his truest nature.

What do you think about our understanding of holiness?

That’s a good question and one which likely requires a much fuller answer than there is space for in this article! Also, I am not a church historian, so this is strictly my opinion and observation. In the past, I believe the Church has often seen holiness through the eyes of religion and rules (ie to be holy means obedience), which brought about legalism and created an image of God that portrayed anger, judgment and authority. From that the Church swung to another extreme and brought us into a season of grace (ie holiness means forgiven), which brought about relativism and created an image of God that portrayed acceptance and a relaxed attitude toward those in sin.

Where I believe we are headed is toward a holiness rooted in grace and revealed in servanthood. We are holy because he is holy and as we walk in love, as Jesus did, we will show a holiness birthed from forgiveness, not from judgment.

In other words, holiness is not something that we do from duty, but a lifestyle that we live from love.

We don’t all have dramatic burning bush experiences like Moses did and so can be quite unsure about knowing when God is speaking to us – what have you learned about discerning the voice of God and speaking ‘face to face’ with him?

God longs to speak to us more than we desire to hear and I believe teaching us to hear his voice is one of his greatest joys. Early in my Christian walk (I became a Christian aged 19) I decided that I needed to learn his voice. It started with me asking him irrelevant questions: which way did he want me to drive home, what food should I purchase, what song should I listen to, etc? I spent time ‘practising’ on things that didn’t matter, but practising helped me learn his sound and the ‘check in my spirit’ – when he was telling me to stop or to go.

Sadly, at one of the most important seasons of my life, I pushed that conviction aside, listening instead to someone older than me in the ministry who had convinced me she could hear from God for me. It caused tremendous problems and was one of the darkest seasons of my life; I learned a valuable lesson at that time – always listen to your ‘gut’.

Learning to trust my hearing once more took years. I was afraid that I would get it wrong again, miss God or let him down, but finally I realised those were lies of the enemy attaching themselves to poor decisions in my past. Once I decided to forgive myself, move on and fully trust what I believed God was saying, everything began to change.

God’s sheep know his voice (John 10:3–4); believing that scripture, practising it in my day-to-day life, and going with my ‘gut’ are three keys I have learned to overcome fear and to draw near to him.

You’re a successful speaker and author but you don’t ‘have it all’ – at what point did you realise that not being married or having children was OK? And how has God taught you, that you are enough?

A few months ago I turned 50 and I decided that I could allow self-pity a seat at the birthday table or I could leave pity outside and invite praise to the party…I chose praise!

Never would I have imagined being 50 with no marriage/children, but I have learned that marriage and children define relationship status, not identity. The stronger my identity in Christ became, the more at peace with myself I felt. Having a healthy marriage and children, as wonderful and God-given as it is, can also create a hindrance from pressing in to a deeper place of intimacy because there isn’t the obvious ‘need’ for it.

Without those things in my life I knew that I would either become bitter or I could choose to become freer, so I chose freedom. It was excruciating at times, and I will never understand why my heart cry wasn’t answered, but I have learned that God knows in his wisdom what I may never understand in my humanity.

Learning that I am ‘enough’ came from believing the word of God over my circumstances. Once I began declaring daily who I am in Christ, believing it more than my feelings and making those truths stronger than my grief, everything began to change. Time also helped; my 30s were very challenging as a single adult, but I believe they would have been much more joy filled if I had practised then what I know now.

For anyone in that position now please hear me: you are enough simply because you are made in the image of God.

In knowing him, you will discover you; by freeing you, he will unfold your purpose step by step, season by season and face to face.

Jen Baker has been in ministry over 20 years preaching in several countries and authoring six books. Her latest book, Face to Face (Authentic), can be purchased at jenbaker.co.uk/shop/face-to-face