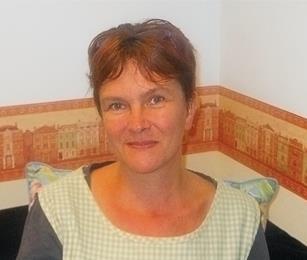 "I never intended to found  a national charity"

Busy mother of four Heather Keates founded and heads up the international charity Community Money Advice. She tells Patricia Green how her own experience of being in debt inspired her to help others.

BEGINNINGS – In 1992 our family hit a horrendous patch. From being a normal, moderately successful working couple, my husband Tim and I lost a child, our business and our home in the space of four months. We were horrifically in debt, with people banging on the door and phoning up all the time demanding money we just didn’t have. We had no idea what to do, but we were determined to pay off the debt, no matter what it took. Fifteen years later, we were finally debt-free.

The one positive we discovered was that God doesn’t change. Whatever goes wrong in our lives, he remains constant. You can scream and yell at him, but he never goes away. Not exactly the way I’d have chosen to learn the lesson, but we found it out nevertheless! As I reflected on our experience,

I wondered about people in similar circumstances who didn’t know Jesus. I began discussing it with the leaders of our church (in Burgess Hill, Sussex) and we decided to start a debt advice centre, initially just for church members then possibly reaching out to the local community.

HOW THINGS DEVELOPED – We looked for a model to copy, and found at that stage there was nothing out there. So we had to design it from scratch. In the early days we were very small, but God said clearly, “You need to think bigger. I want you to reach out to anyone in need.”

So we did a complete rethink, got a group of volunteers together and put them through some basic training, and opened our first Debt Advice Centre for anyone in Mid Sussex with debt problems. We helped with filling in forms, budgeting, debt management plans right through to insolvency.

In 2002, our family moved from Sussex to Shropshire and, six years later, we opened Barnabas Money Advice in Shrewsbury. No offence to Shropshire, which is a great place to live, but everything in a rural county takes twice as long!

However, money problems are the same wherever you are and we now have 130 centres across England and Wales, with 800 volunteers. I have oversight of them all and have a team who visit them. We are very interested in supporting new centres setting up and provide training, templates, and anything else they need to get started.

WHAT WE DO – The most important thing we do is listen. Typically, we’ll make someone a drink, chat to them for a little while, make a few notes, and they’ll say, “Thank you so much! You’ve really helped me!” before you’ve even made one phone call to a creditor on their behalf. Just the fact we’ve stood alongside them and cared about them makes a massive difference – they are not alone with their debt any more.

Then we start to make phone calls and write letters to help them. In one sense, the client could usually do it for themselves, but it’s easier if you’re that one step removed and the person speaking to the creditor is not emotionally involved in the situation. In the Shrewsbury centre, volunteers work for two or three hours one evening every other week, and some of them come in for a couple of hours one morning, but it varies from centre to centre.

WHAT MAKES THE DIFFERENCE -  We just love the clients! Most clients know we are Christians, but not all centres are based in a church, and we certainly don’t heavily evangelise. But people do come to the Lord. I was speaking to someone the other day who was helped through bankruptcy by one of our centres eight years ago. She started asking questions and two years ago became a Christian. Her life has turned right around; she now has a lovely new husband and her own business. I’m a big believer in what St Francis of Assisi said “Always share the Gospel – use words if you have to.”

+ For more information about the centres, visit www.communitymoneyadvice.com