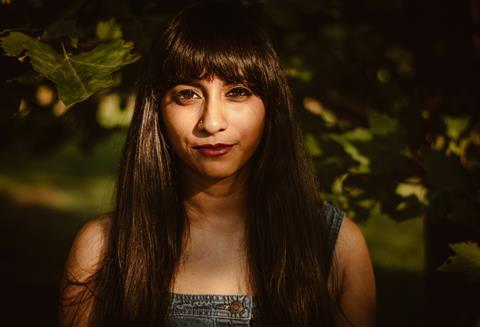 P*ki. Chocolate face. Curry breath. These were the names I was greeted with at my new school when we moved to a mostly white town in the mid-1980s. As the only South Asian and person of colour in my class, I was something of an anathema. Certainly to the girl I was made to sit next to, who spent the better part of each day muttering racial slurs under her breath. Even then, at the age of seven having never experienced racism before, I knew she and all the other children disliked me for the colour of my skin.

In the wake of George Floyd’s murder and the recent Black Lives Matter protests, stories like these are being told. Black people are talking and, it seems like for the first time ever, white people are “muted and listening”. I too wanted to tell my story. Like every protestor I was angry, and I saw an opportunity to be heard. But something didn’t sit quite right in my spirit.

In addition, as someone who is neither black nor white but a skin tone somewhere in between, where do I fit into this discussion? Does my story have any place within the Black Lives Matter debate and therefore should it be my concern?

There are those who dismiss the Black Lives Matter movement, claiming it inadequate as it excludes non-blacks. It’s true that the lives of black, Asian and minority ethnic people are far too nuanced to simply lump us into the ‘BAME experience.’

The British South Asian community today suffers many unique racial issues. Colourism, the notion that the darker you are the more inferior you are, is still alive. Hindus and Sikhs continue to grapple with the caste system. Tensions between Muslims and Hindus & Sikhs started long before 911. And don’t even think about bringing home a black partner to your South Asian family.

Sadly though, we do have some shared experience of racism with the black community. As a South Asian male, you may be three times less likely to be a victim of stop and search police profiling; but a South Asian male with a beard and backpack might just be stopped and searched by for a homemade bomb.

The skin tones and ethnicities may differ, the names thrown at us may be different, but the overarching experience of discrimination is the same - or at least similar. What’s more, the damage it does to us as humans is the same. We can all identify with the rejection, the anger and the deep sense of shame that racism can cause.

The week the recent Black Lives Matter protests broke, my pastor urged us to ask God to seek out our blind spots. We cannot deny that we all have unconscious bias. God showed me that my anger adds nothing useful to the discussion - it just makes me another angry protestor and goodness knows the world does not need another one of those. To have a constructive and healing dialogue we need to start from a place where we are seeking to glorify God. We must recognise that racism is sin - pure and simple. It is insidious; it is the classic divide and conquer, and the enemy has employed that tactic successfully for generations.

I refuse to say that the Black Lives Matter movement does not include me and therefore “is not my fight”. I believe this can be a kind of #MeToo  moment for victims of racism everywhere. Just as #MeToo created a movement out of women’s shared stories of sexual abuse, victims of racism too can empower each other through empathy and find solidarity as we tell our stories. Whatever our skin tone may be! So let us not be divided even further than we already are, but as God’s people seek to be salt and light in the world and in this debate.

R. Garcia has a background in media, PR and freelance writing. She is passionate about social & racial injustice.

Photo by Sai Maddali on Unsplash