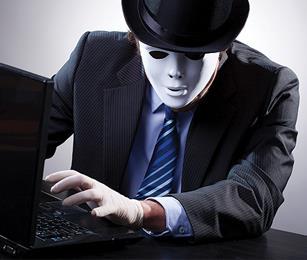 Could you be a victim of internet grooming?

We hear a lot about teenage girls being groomed on the net, but grooming of older women is a lot more common. The groomers are not after sex, they want money. And they target Christian friendship sites, as one reader has discovered

When I joined a well-known, worldwide site, I was not looking for love. I simply wanted to make new friends. I live in quite a remote place and have made many friends online over the years, but all are work related. I wanted to ‘meet’ some different people.

I was surprised how many men were interested in getting to know me! One in particular was fun to talk to, but there were odd inconsistencies in his writing, so I was careful. He explained he was German, living in the States for business and that seemed to fit well with the types of language errors, so I was reassured. Fairly soon we were e-mailing daily and he wanted a video call. I was happy with that, but when he called I could see there was something wrong. The person I saw sitting at the computer and the person speaking seemed to be different people – the picture was of a weary-looking man who didn’t smile, whereas the voice was happy and laughing. So I terminated the call.

I then got two or three e-mails a day saying it was all a mistake and the technology wasn’t working. I replied cautiously and we picked up again, slowly. He was very plausible and I began to think I was being paranoid. We gradually got back to e-mailing and messaging again, and all seemed well.

Then he went abroad on a business trip and I got an e-mail saying he needed money for a special lens and that his card had been hacked. He gave me the name and address of a ‘diplomat’ to send the money to. That was when I knew what was really happening. In case I was wrong, I researched where he could get the lens and sent him the information, but told him I didn’t have the money. I received more e-mails: first pleading, then crying and blaming. Finally, when I had convinced him I had no money, they stopped altogether. I have not heard from him since.

Every Christian site has a list of ways to help you keep safe both online and if you meet in the real world. Most are common sense, but few mention the two most important things: a wise friend you can talk things through with and constant, listening prayer.

However, what happens if you obey all the ‘rules’ and God seems to be guiding you towards one person who turns out to be a groomer? That is when your whole world can disintegrate. It is bad enough for anyone to find out the person they are beginning to love is only after their money, but for the Christian woman it is even worse. It calls into question our confidence in discerning God’s guidance and his will for us, and so the whole basis of our relationship to God can be shattered.

So what are you to do if it happens to you?

The first thing is to talk to that Christian friend who knows about the relationship already. You will feel a fool at being ‘taken in’ but talking will help. It won’t be easy. Be honest. Be angry. Shout at God (remember all those Old Testament prophets who told God what they thought of him – he can take it and welcomes our honesty). And then talk some more. Get your friend to pray for you, with you, and when you are ready, pray yourself.

On a practical level, keep all your e-mails to and from the groomer, plus any photos etc. You may feel you want to scrub him from your life, but don’t do that just yet. You may need them later. You should also tell the site what has happened so that they can delete that member from their books. (Don’t be put off if their reply is less than sensitive. They are worried about being sued!)

You may decide to do a bit of internet detective work to see whether you can find out who the person really was. It is remarkably easy to trace folk on the net. Some sites give you some details for free and others charge. Beware of doing this, though, as it may make you feel even worse. Alternatively you could ask a friend to do this for you as they may be in a better position to look at things objectively.

Finally, you could involve the police. Asking for money in this way is known as romance fraud, and is a crime, even if no money has been handed over. If you have actually lost money, this really should be your course of action. Again, asking the friend to make the contacts is a good idea. The fact that you may live in a different country may make things more difficult, but the police in most countries have units dealing with such behaviour. And this is where having all the e-mails etc comes in. You may feel silly about some of the things you said, but the authorities have seen much worse, and they are not interested in what you said, but what he said.

Remember, if he has groomed you, he may be grooming others, so by taking action you could be helping other women avoid this nasty experience.

In my own case, once I realised I had been the victim of romance fraud, I told the site. I got a very offhand reply, which only just stopped short of blaming me for what had happened. After a bit, I did my own research on the two names I had and found that I had been right on that first video call. At least two men were involved: the one who was named on the friendship site as being 57 and having one son was actually the ‘diplomat’ and German. He had written some e-mails. The person I spoke to, and whose name was on the site, was 35, married with three children. After another few weeks I reported it online on the Action Fraud website.

And how do I feel now? Very sad. Sad that there are people out there who are prepared to emotionally blackmail Christian women. They usually choose widows or women who have been single all their lives.

When I joined a well-known, worldwide site, I was not looking for love. I simply wanted to make new friends. I live in quite a remote place and have made many friends online over the years, but all are work related. I wanted to ‘meet’ some different people.

If it does happen to you, remember that you are not alone and you are not to blame. It is happening all the time and the groomers are clever. And if it happens to a friend of yours, I would encourage you to support them all you can with time, prayer and, if necessary, help with research and reporting the crime.

+ If you are thinking of joining any internet dating site, read the advice and sample letter here:
www.actionfraud.police.uk/fraud-az-romance-scams. There is further information at www.soca.gov.uk

+ If you feel that you may have been contacted by a fraudster don’t pay any money. You can report any attempted fraud at www.actionfraud.police.uk or call them on 0300 123 2040. It does not have to be the victim who reports it – your friend can fill the forms in for you.