‘I loved my husband more than I loved God’ 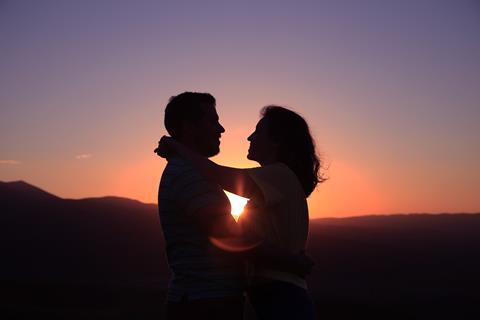 When I first got married, I had a very particular fear about my relationship with my husband: I loved him too much. When I first met Vikram, we fell in love easily. He was everything I had wanted in a man - loving, humorous, kind and willing to truly commit to me. The only problem was that I had met him at a time in my life when I didn’t have many friends, and had a strained relationship with my parents. Instead of turning to God for support during those times, I let myself become emotionally dependent on my husband. I was asking him to take care of me in a way that only God could, and I loved him in a way that should be reserved only for God. In fact, I had begun to love him more than I loved my faith and more than I loved God.

Vikram struggled with the weight of being my only companion during that time, and we began to falter together. I became more and more blindly obedient to him. He told me to cut ties with the parents I was supposed to honour, and I did it. He wanted me to accompany him to Hindu temples and bow to those gods, and I did it. It took some time to recognise it but I realised I would have done anything for him; I would have killed for him. I felt I would have killed myself if he had ever left. Finally, I could see that my obedience to Vikram had gone far beyond the biblical instruction for wives to obey their husbands. In fact, my obedience to him had nothing to do with the Bible. I obeyed him out of a love that had almost become an obsession.

My love for my husband was nothing like the love that Christians seek to spread. As a Christian woman, I knew that God comes first and that there were certain limits to every relationship outside of the one we have with Jesus. I knew that I had to change what I was feeling and redirect the passion I had for my husband towards the One deserving of it - God.

I began to start praying to Jesus more often and telling Him that I wanted to feel more connected to Him and to love Him more strongly and faithfully each day. I told Him about my days, and what I was grateful for and what I needed His help with. Praying at random times throughout the day, replaced the frequent texts to my husband. I began to think about Jesus more often, and what He had done for me. Imagining Jesus bearing the cross to save me, and then looking at my husband sitting comfortably across from me on the couch helped to put things into perspective! Slowly, I began to see improvement, both in my relationship with God and with my husband. My husband began to see it too. At first, I wondered whether he might question becoming my second priority, but he has shown me great support as I have grown in my faith.

I won’t pretend that my relationship with God is now perfect, or that I never slip and put other priorities above Jesus from time to time. But I have become more mindful of this failing. Every day I remind myself of my priorities as a Christian woman. I guard my heart and give the best of my love to God. I love my husband plenty, but I love my Father so much more!

Patricia is 24 and lives with her husband Vikram in California. You can read more from her here

Photo by Oziel Gómez on Unsplash