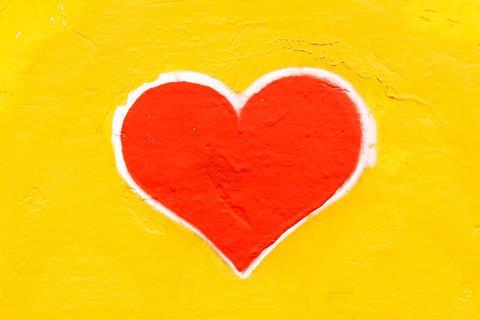 MR: Take us back to when you were growing up, what would you say your thoughts and your attitudes were towards things like God and church?

TR: Growing up, my experiences of God and church would probably have only been my Nan walking along with a trolley and every time she stopped to have a chinwag, she'd say, "God bless you m'darling'. That was it. Playing the star in the Nativity was the closest to God as I got as a kid, so I didn't grow up as a Christian. All I really knew about God was singing 'Kumbaya My Lord' in assembly, and sometimes changing it to 'cucumber'. Sorry, Lord!

MR: Did you have any dreams or aspirations for your life at that point?

TR: When I was four there was a school assembly and I stood up, and despite me writing out my speech, I ended up saying that I wanted to be a lollipop lady. Ever since that age though, I wanted to be an actress or performer. When I was younger, my dad and I used to record radio tapes, so that was always a passion of mine.

MR: Let's roll forward a few years to young adulthood. When you were in your mid 20's you were in a relationship and got pregnant. How did you feel about that?

TR: Honestly, I was like, 'Oh, my days!'. I was 24 and fell pregnant. I was in what I can only describe as a lustful, infatuation kind of arrangement. It was a roller-coaster of a time, very difficult. I felt overjoyed because I was like, 'Wow, there's a baby inside, this is beautiful'. Yet, when sharing that information, it wasn't received in the same way, so that really knocked me. I was very much pressured by the person I was involved with at the time, and family, to have an abortion. My only connection to God was me being the star in the Nativity, so I didn't have any Godly counsel in my life, and I was very much pressured to have a termination - I really didn't want to. I just remember sobbing and sobbing and sobbing and knowing in my heart of hearts this is not what I want to do. I wasn't confident enough and didn't have that Christ-like confidence in me to turn around and go, 'No, I'm not doing that, this is wrong'. I had the termination.

MR: That must have been a really, really difficult thing if it was something you didn't want to do. How did it affect you in the days and the weeks after?

TR: Dreadfully. Nobody can prepare you for the physical things that you go through when you have a termination. It was early enough to take a tablet. You think, 'Oh, I'll take this tablet, I'll be alright, and it will just pass, it will just be like a period maybe'. No. I remember laying on the bathroom floor in agony, bleeding and having to pass this pregnancy all on my own. It was horrendous, it was really awful. The person who I was involved with was not there, I was on my own, and it was traumatic. Like I say, nobody ever really prepares you. Even when you go and you take that tablet nobody tells you you're going to experience a lot of pain or discomfort. Nobody comforts you or gives you any support in that field, at that time. It brought me to a big, dark cloud - a big, dark place of spiralling into depression. I remember physically wanting to rip my skin off. I couldn't live with myself for what I had done. And it was very, very hard, very hard and dark.

MR: Were you angry with the people in your life who had pressured you to do something you didn't want to?

TR: Yes. Very angry. And I was very angry inside, but I've always been a good kid. I never bought trouble to my parents, but I wish in a way someone would have told me when I was younger that by being a good kid could have this effect of not having healthy boundaries when I was an adult and being able to say 'no'. By being that good kid, you just said 'Yes, Mum,, or ,Yes, Dad', or 'Okay. I'll sit quietly'. It affected me in the area of having healthy boundaries when I was a young adult.

God did later break into Toni's life and help her go on a journey of healing and restoration. To find out more about her story you can listen here.

Photo by Nicola Fioravanti on Unsplash