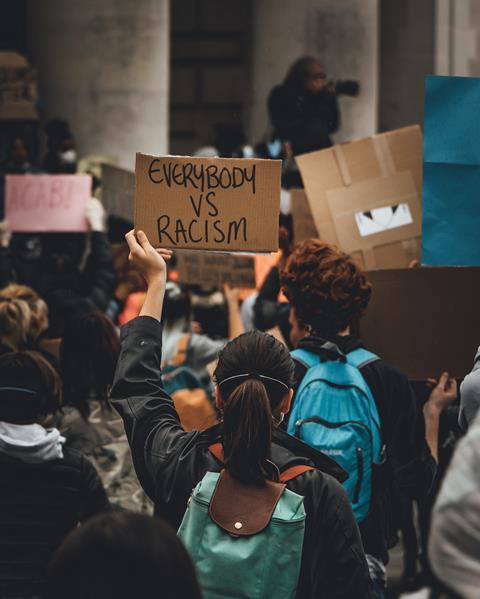 I was born in Freetown, Sierra Leone and raised in Somerset, New Jersey. At home, I was African - my identity and reference points needed no explanations. There, race, ethnicity and culture were interchangeable and embraced. Outside, however, things were different and I found ethnicity commonly dissected and resented.

Remember in old films when someone would place a sign on the back of a person’s top as a joke? For many people of colour, this is similar to our experience as soon as we leave home. Except the top is the skin that you cannot take off, and the sign is consent to experiences that come with that skin. Just like in those films, many people find the sign highly amusing, but the object of the sign sees nothing funny about any of it.

When I was in fourth grade, my mother went to her first American PTA meeting. I overheard her telling someone that my teacher had commented, ‘Andrena is so smart, it doesn’t seem like she’s from Africa.’ My mother was livid, and I somehow knew that my teacher’s comments were a veiled compliment intended to make me an exception from the other Black children in my class. During that time, there was also the unrelenting teasing from classmates about everything from the texture of my hair to the hue of my skin. It was clear, even to a young fourth grader that I was no longer at home.

If you are a person of colour, this is something you are probably familiar with. In early years you may be protected by childish naiveté, and then an incident like the one I experienced above forces you to confront your differences and you are reminded that you must live the rest of your life in that light. This is where most of us will see the fork in the road. One road will lead to a general acceptance marked by the assumption that things have always been that way, and perhaps always will be. On this road, a person’s effort to be a part of any change is usually stifled by hopelessness.

Then there is another road. This road will lead to anger at the inherent biases and the inextricable results like racial profiling, systemic failures in education, barriers to economic mobility and subsequent disparities in crime and violence. This road is uncomfortable because it alludes to a high awareness of the metaphorical sign on your back and instead of taking it off, it is embraced. It is a road marked with righteous indignation that seeks to confront the elephant in the room, have discourse, raise awareness, support causes and actively fight against the inequality.

In a Christian context—another part of my identity that has shaped my worldview—there is a pervasive narrative that the second path, leading to fighting, is wrong and that the first path of pacifism is always the higher calling. But I disagree. In fact, I hold dearly to many scriptural references that clearly define righteous anger and subsequent action as being upset about the things that are morally and spiritually wrong (e.g. Matt 21:12-13 where Jesus drove out those buying and selling in the temple).

In this context, ‘fighting’ is the refusal to be compliant with racism and injustice.  I think it’s important to acknowledge that it is a moral compass that compels me to speak up and advocate. By ‘fighting’ against racism and ‘fighting’ against injustice, I am advocating for me and my generation and for those who will come after us should not be subjected to the same fate.

Which road will you take?

Andrena Sawyer is an author, consultant, and founder of the Minority Christian Women Entrepreneurs Network (MCWEN)—a community that reaches over 20,000 women daily. Originally from Freetown, Sierra Leone, Andrena and her family moved to the United States when she was nine, due to a civil war that left thousands dead and untold numbers maimed and displaced. She now credits her family's move during the war for her interest in human triumph and perseverance and actively works to mobilize and empower others.

Photo by Arthur Edelman on Unsplash