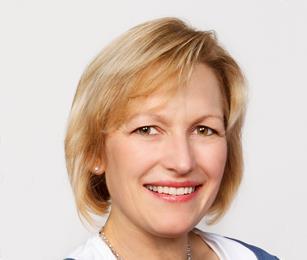 It’s so important to give encouragement to our children, says Katharine Hill

Much of the ancient book of Proverbs contains bite-sized wisdom about the way we use our words. One of the most memorable reminds us: “The tongue has the power of life and death”(18:21). They are strong words indeed, but they do point out the sheer power of the words we speak.

In the early years, it is relatively easy to say encouraging and affirming words to our children. Our son learns to recognise the first letter of his name, or we catch our daughter sharing her toys, and we readily heap on praise and affirmation, telling them how clever, or kind, or generous they are.

However, as time goes on and our children move into the primary years, I have found it easy to slip into focusing on the negatives – nagging and pointing out what is wrong rather than spotting what is right and praising them for it.

Some time ago, our youngest asked if he could wash the car. We gave him the equipment, and he made a reasonable job of it. However, armed with a hose and some free time he found lots of other things that he believed could do with dousing – including his brother! A water fight soon ensued and I told him off in no uncertain terms for the tsunami he’d created. It was only later that I realised that I’d had nothing to say about the sparkling clean car – least of all making a point of praising him for it.

For one of our children, words of praise or encouragement are especially important. When he was about 11 years old, I was looking for something in his bedroom and discovered a shoebox under his bed. I took the lid off and found it was full of cards, notes and scraps of paper. They were all addressed to him and had kind and encouraging words on them; over the years he had saved them. In the evening, I asked him about it and he said, “It’s my treasure box. If I’m feeling sad I take it out and read the words people have said, and it makes me feel good.”

I remember meeting a dad at a Care for the Family event. He had four stepchildren, who divided their time between two homes; they spent half the week with him and the rest of the time with their biological dad. He told me about a special wall they had in their kitchen. They called it the ‘sticker wall’ because they stuck on it all kinds of things that they could be proud of.

He said the children weren’t top of the class at school, nor were they great at sport. Nevertheless, all kinds of different achievements were celebrated – achievements that were special just for that family. And it wasn’t just the children’s achievements that were celebrated. One sticker read, “You did really good driving today Dad” and another, “Mummy is the best brownie-maker in the world.” When visitors came to the house, the children would grab them by the hand and drag them through to the kitchen to see the wall. He told me that he would watch their hearts swell with pride as visitors admired all the stickers.

There are so many different ways to give encouragement to our children. As well as recognising their successes and achievements, perhaps we can a give a word of praise to recognise our daughter’s character and effort. Or we could write a note of encouragement on the banana in our son’s lunch box saying, “You’ll be great on the team today – go you!”
One family we know has a birthday tradition. After the candles have been blown out on the cake, they go round the table and each member of the family says something that they love, or admire about the birthday girl or boy that they can take with them into the year ahead. Words not just for birthdays, but for life!

+ Reproduced and used with permission from If You Forget Everything Else Remember This, Parenting in the Primary Years, by Katharine Hill (Muddy Pearl ISBN 978 1 910012 25 3)