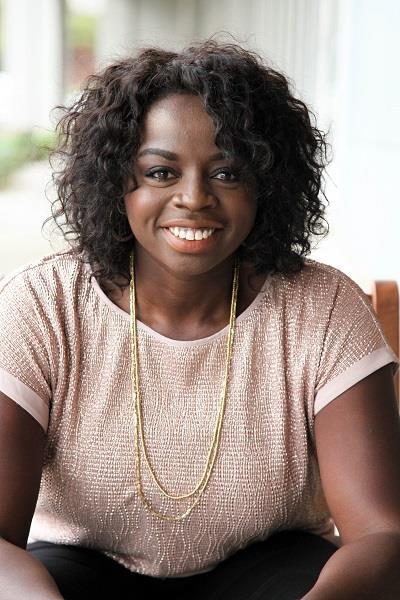 We recently celebrated my mum’s birthday at her favourite local restaurant. But as we drove around our old neighbourhood, I was stunned by how much had changed. The grocery store and its parking lot had been replaced by stylish apartment blocks, and the huge flower market was about to be replaced by an embassy. New office buildings obscured the local library and my elementary school. The fish and chip shop no longer existed. The skyline, my skyline, was unrecognizable.

Strangest of all, the roads were completely different from how they used to be, so I got lost and stuck in the neighbourhood I’d lived in for most of my childhood and teenage years. Nothing was the same. It all seemed so sudden, so jarring.

In reality, our community had been changing for decades. The streets told a different story now. My mum had adjusted years ago, but I had to quickly recognize that the place I once knew was gone forever. I had to navigate ‘my’ neighbourhood in a new way.

We all find ourselves adjusting to new landscapes – not just the unexpected changing stories of our neighbourhoods, but those of our personal lives. This could be a matriarch dealing with loss or ambitious young adults adjusting to life in a new country. Such upheaval can be chaotic and bewildering; it can also be transformative.

We also encounter seismic shifts in society that redefine the world we’re living in. Some, like a global war, leave wide cracks and fault lines in the planet, affecting generations to come. Other moments, such as life-changing medical discoveries, feel like breakthroughs. The way we function in society has been transformed by technological advances, political movements, domestic terrorism, the rise or decline of faith in a community, and the demise of once-trusted institutions. All these changes produce a profoundly new cultural backdrop, an unrecognizable skyline. It can be frightening and painful in some instances, creative and innovative in others. But it’s always disorienting, and it requires we learn how to navigate unexpected paths.

As women explore these uncharted paths, we’re seeing more of their influence and leadership emerge as their voices, their stories, their contributions impact their world. This is not the first time, as women have been influencing history throughout time. Still, women are emerging in new, influential ways across the cultural landscape. We sense the shift as women activate grassroots movements and organize marches that mobilize their communities and inspire others to press for lasting social and cultural change. We hear it in the rise and strength and influence of the #MeToo and Time’s Up movements, addressing long ignored experiences of sexual assault and power abuses that have shattered women’s lives. We note the shift through the leadership presence and influence of women in the political sphere and their pursuit of the highest levels of political office on the global stage.

In the US, the surge of women in the workforce in recent years has redefined the marketplace. According to the US Department of Labour report, women account for 47 per cent of the workforce and own up to ten million businesses, resulting in $1.4 trillion in receipts. It was found that “mothers are the primary or sole earners for 40 percent of households with children under 18 today, compared with 11 percent in 1960.” The workforce is being re-envisioned as women’s voices lead conversations about pay equality and parental leave.

Alongside this data are the conflicting journalistic think pieces debating a woman’s place in society, how loud a woman’s voice can be, whether it’s loud enough. Voices ready to charge into a great unknown, facing off against voices who call for a return to a former, more familiar landscape— complete with its own distinct cultural expectations. The cacophony grows louder, but noise never stopped an earthquake; if anything, it might help intensify it. The skyline remains changed, and there are still new paths to explore.

It might be disorienting, but what if this were also an opportunity? What if our cultural moments uncovered a new path for our God-given design and call – a redeeming God who promised he would be doing a new thing and making all things new? Rather than being afraid of a shifting culture, we might discover new purpose there. That instead of hiding away in safe enclaves, we realize this is an opportunity to rise.

What if God gives us a vision for a new skyline? What if this were a window in time where we needed people to discover that their paths are bigger than themselves (and their own lives) and that they are invited to rise up and respond?

We need each other to rise up

And we need people who will voice new dreams — new cultureshaping, community-healing, justice-and-mercy-living, potentialrealizing, life-giving, God-inspired dreams. People who would be willing to play their parts and lead the way. Further still, we need to bring new ideas and see and act on the potential that a new landscape can bring. We need to create new ways of being, of living and doing.

We’re making our own chapter of history, and the world needs your faith-fuelled voice, gifts and skills. It needs you to rise into your God-given influence and make a positive impact. So you need to clear the debris and the obstacles standing in the way of unapologetically living the life you were made for. You’ll need to dig deep to get there, and it might be a little uncomfortable at times, but it will be worth it.

Think of the women in your family tree— their stories and experiences. What limits and opportunities did they face, and how did they shape their lives and legacy?

This is an extract from Jo Saxton’s latest book Ready to Rise (SPCK). Josaxton.com