Commit or quit - do we need new rules for romance? 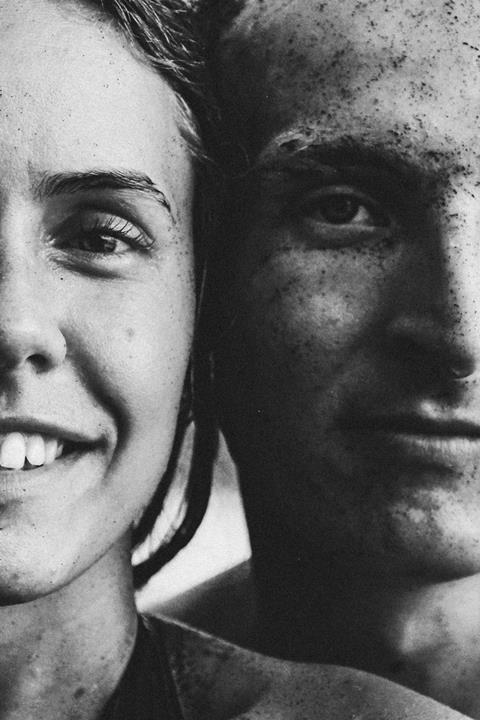 Imagine you want to go into business with somebody. The starting point is to choose well.

You want to choose the sort of person you can work with over the long term. You want to check them out with people who have known them a long time. You want to take enough time to see how the two of you get on together. And you don’t want to tie yourself in with them until you’ve made that decision!

Don’t get stuck before you’ve made a decision. Take your time. But don’t drift. Either commit or quit.

Marriage Week this year – 11-17 May – is not just about celebrating marriage and commitment and stable family life as couples. It’s about focusing on how we get to that point in the first place.

My children are now in their late teens and twenties. As they have grown up, I have tried to pass on some simple principles to guide them in their own relationships, to help them choose well and give them the best chance to build a solid foundation.

“Is he or she marriageable? That’s rule one of my ‘rules for romance’.

“I don’t mean you have to get married right now. I’m just suggesting you look beyond the superficial things that attract you in the first place. In other words, could you see yourself with this person in a few years time?

“Do they have characteristics that are important to you? Are they kind, compassionate, thoughtful, generous? Do they share a particular passion or value?

“Equally do they have qualities that might make you worry? Are they lazy, critical, controlling, selfish, defensive?

“If they are not ‘marriageable’ – in whatever way that means to you – then stop now. You’re wasting your and their time.

“Does he fight for you? That’s my second rule of romance, but for women only:

I obviously don’t mean physically fight: I mean how prepared is he to put himself out for you?”

A number of studies in the US link men’s commitment to willingness to sacrifice. This is not about being a doormat. It’s about whether he will go out of his way for you at some cost or inconvenience to himself. It could be to do with money, but more likely it’s to do with time and effort, care and thoughtfulness. And it’ll be most obvious in the little things he does.

So if a man puts himself out for you, it’s a good sign that he is genuinely interested.

Interestingly, this link between sacrifice and commitment doesn’t appear to apply for women. So if a woman puts herself out for a man, it doesn’t tell you anything about her commitment. It’s just a sign that she’s being nice.

Do these rules work? Yes!

I remember the day with pride that one of my teenage daughters came home and told me she had a new boyfriend.

Eighteen months later and she came to me again.

‘I’ve stopped seeing him’, she said downheartedly. ‘He wasn’t fighting for me.’

After telling my daughters to look for somebody who is marriageable and fights for you, what’s my rule for my sons?

Simple. Be that man who is marriageable and puts himself out for women.

Finally, choosing well is an important first step. But at some stage, you need to remove the underlying uncertainty and ambiguity about your future together and make sure you are both on the same page.

In business, this would be the point at which your probationary period ends and you sign up as employee or shareholder. That agreement removes any lingering doubts or ambiguity, brings lots of clarity and security, and sends a big signal that you’re all committed to making it work. You’re not going to wander off with somebody else. You’ve bought in and you want to make it work.

In a relationship, my colleague Michaela Hyde at Marriage Foundation would call this ‘the forever conversation’.

This is the conversation you have that lays it all out on the line and sets out your plan for a future together. For many or most, that means marriage. But if it doesn’t and you’re both OK with that, then it needs to be a similarly clear and obvious agreement.

My ‘Two Year Rule’ is that you should have had this ‘forever conversation’ within two years.

When a relationship drifts, simple biology says that it’s women who pay the biggest price. Two years is more than enough for each of you to find out if the other is marriageable and if they will fight for you (notwithstanding that a woman may do this anyway).

Then you need to commit or quit.

No marriage or relationship is guaranteed. Indeed Kate and I went right to the brink of divorce about 8 years into ours. But had we not begun with a solid foundation – each thinking the other was marriageable, me fighting for her, getting engaged after 2 years – we definitely wouldn’t have survived long enough to thrive for our 33 years so far. ?

Harry Benson’s latest book, ‘Commit or Quit – The Two Year Rule and Other Rules for Romance’, is released in May 2020.

Find out more on Marriage Week from the Marriage Foundation

Photo by Anna Shvets from Pexels