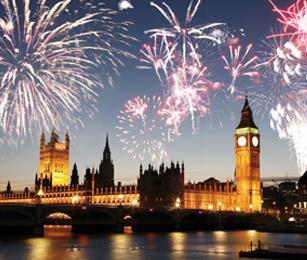 In a month when we remember previous wars and hostilities, let’s do what we can to work for peace, says Penelope Wilcock

The chant was common in the playground when I was a child: “Remember, remember the fifth of November, gunpowder, treason and plot. I see no reason why gunpowder treason should ever be forgot.”

Some called it Bonfire Night, some Guy Fawkes Night – but no bonfire was complete without the effigy on the top of Guy Fawkes, conspirator in the early seventeenth century plot to blow up the House of Lords.

Remembrance Day swiftly follows Guy Fawkes Night, in eloquent silence remembering the dead, commemorating that eleventh hour of the eleventh day of the eleventh month when the hostilities of World War I ceased. In Germany, there were over seven million casualties, and well on the way to two million of those died.

Born in 1927, my mother grew up in a Yorkshire village, hearing the stories of that recent memory. When World War II came, German prisoners of war were sent to work on her family’s farm. She felt intensely curious about them. What would they be like – the enemy, the Hun? To this day she remembers her astonishment in discovering that they were “just like us”. Quiet, courteous, capable, ordinary men, living and working alongside the Yorkshire farmers tilling the land.

Centuries before, in the Holy Land, in the very place now riven with hostilities, Jesus healed and taught, a young man raised in a powerfully tribal culture trained to see itself separate from all other people by command of God.

Like Catholic Guy Fawkes guarding the explosives laid to bring down a heretic Protestant monarch, like the Allies going out to fight the Hun, Jesus was brought up in a culture that classified people as representatives of the categories to which they belonged – clean and unclean, Jew and Gentile.

When a Pharisee invited Jesus to dinner their party was gatecrashed by a prostitute who poured out her valuable perfume on the feet of Jesus, filling the house with fragrance. In this epitome of categorisation, the Pharisee concludes Jesus is no prophet or he would sense the uncleanness of this prostitute and not let her touch him.

Jesus’ response has the answer to all the warfare in the world. He asks, “Simon, do you see this woman?”
When we really see the other human being, when we know them by their names not by their categories, wars will cease and the peaceable kingdom begin.

Three ways to sow the seeds of peace

Shop wisely
An important way for ordinary people like us to work for peace and respect the humanity of others, is in taking the time and trouble to think carefully about the purchases we make, choosing fair-trade goods and supporting firms whose treatment of workforce, suppliers and customers is ethical and humane.

Be good parents
One obvious, but surprisingly overlooked strategy for working to end war and build peace, is the way we bring up our own children. Yes, we must set boundaries and guide them wisely; but also listen to them, treat them with respect, and certainly not subject them to violence and humiliation, or leave them sobbing in lonely terror.

Model community
In a society rendered increasingly anonymous by big business and the electronic revolution, the Church has a special opportunity and responsibility – the chance to model community. Never was it more true that how we treat each other, go about resolving conflict, and include minorities, is a core way of proclaiming the Gospel we offer the world.