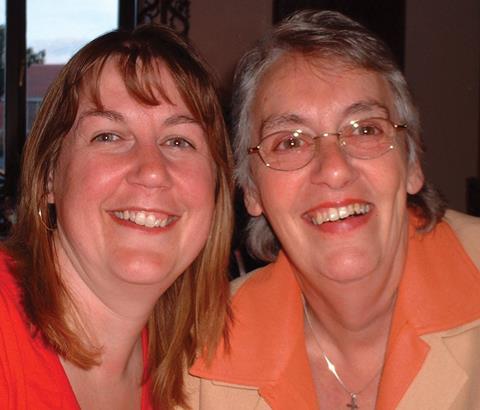 ‘My daughter was murdered’

On 15 March 2007 Sarah Merritt was brutally killed as she went about her work caring for vulnerable people in the community. Her mother, Margaret Noakes, looks back on the day that changed her family’s life

My beautiful daughter Sarah Jane was only a couple of days old when the ward sister held her aloft and said, “That’s not wind, this baby is really smiling!” Her smile was to be one of her most endearing qualities. She was a wonderful wife, mother and caring daughter, who became my best friend and soul mate.

Sarah was a carer for a local care agency. During the week before she was murdered, she had called several times at the home of one particular lady, but there was no response and Sarah was unable to gain entry. A week after the first missed call, the boyfriend of her client let Sarah in. He told her he had murdered his girlfriend a week before and that her body was locked in the bedroom.

He took Sarah’s credit card and number, tied her up, gagged her and went to a local shop to buy some cigarettes and take money from her account. When he came back to the house, he says he smoked four cigarettes whilst they talked and then he raped her and stabbed her to death. He then left her and his girlfriend in the house and went on the run.

As this man already had a criminal record and was on the sex offenders’ register, the police thought he was likely to be the murderer and they picked him up on the following Saturday. He later admitted both murders. He was given a sentence of ‘whole life’.

That man gave all her family a sentence of ‘whole life’ too. We know life can never be the same for any of us anymore, but we do try to carry on because we know that is what Sarah would have wanted. She would have done the same if it had happened to anyone else in the family.

She was such a fun-loving girl and our family get-togethers were amazing. We have such a lot of photographs and videos of us all having fun and sometimes it is very hard to look at them, but most times we can do nothing but laugh because they remind us of the wonderful girl she was.

When this tragedy happened, I don’t think I ever blamed God or got angry with him. However, soon afterwards, I did ask God why this had to happen to such a wonderful caring girl who only wanted to do all she could to help others. God reminded me that he had given his son for the salvation of the world. I believe he said to me that I had given my daughter and that many would come to know Jesus because of her tragic death.

Usually, when I feel I hear God speak, I have to wait and see what happens before I can be sure I have heard correctly, but that day I claimed that promise.

One Saturday in December, about nine months after Sarah’s death, I had the great privilege of leading Sarah’s dad (my ex-husband) into a relationship with the Lord Jesus Christ. He had been devastated at her death. Apart from being his precious daughter, she had been his main carer.

On that Saturday afternoon he was in hospital having various tests. Then, just after Christmas, he was diagnosed with terminal cancer. Over the following weeks, as he got progressively weaker, I was able to pray with him, read him Scripture and my present husband and I shared the Lord’s Supper with him. We were also able to take him to the church which was next door to the nursing home where he was staying.

It was a very special time for all of us and he received an amazing peace about his imminent death. About two days before he died (in the April), he told me he was ready to go and knew he was to be with Jesus and his beloved Sarah.

I am still standing on God’s promise to see many come to Christ because of her death, and feel it was so typical of God’s grace that her dad was the first. There is a lot of anger towards God among some of Sarah’s family and friends, but I pray constantly that they will be among the many coming to Christ. I pray that their eyes will be opened to see the love of God and that they will acknowledge it is the evil in the world that should bear the brunt of their anger and not our loving God.

The family do try to keep going and stay strong. Sarah’s first grandchild was born in December 2008 and we all want her to have the fun times we all shared before this tragedy, but it is so hard and sometimes we don’t manage to pull it off. We have lots of down times and sometimes it feels like the whole family is falling apart, but we know we must keep persevering.

After Sarah’s death, we set up a charity called The Sarah Merritt Foundation with the motto “All it takes for evil to succeed is that good men do nothing”. Because Sarah was such a family girl, we wanted to do something to help families who were experiencing difficulties. To launch it we had a Family Fun Day in the local park near to where Sarah and the family lived. So many local families came and it was wonderful. One of the newscasters who came to film the event said, “It’s lovely to see all these families having such fun together,” and that, to me, was the best tribute anyone could have made because that was exactly what we wanted to achieve.

The charity was set up with two aims. One, was to run a campaign alongside the local police against knife crime. There had been a lot of stabbings (especially of young people) in our area at the time Sarah was murdered. It started well, but didn’t really come to anything.

The second aim was to fund a local organisation running parenting courses for parents of children with behavioural difficulties. We were going to fund a crèche that the parents, who had completed the course, could use when they went to ongoing help meetings. Again, this started well, but then the organisation lost their funding for the parenting courses and so the crèche was not needed.

Many times I felt like giving up on the charity, but something always kept me going. Then I watched Who Wants to be a Millionaire? with Coleen Nolan. The Nolans were Sarah’s favourite singers and Coleen raised her money for a charity called Sara’s Hope Foundation (in memory of Sara Hoburn, who died from a rare form of colon cancer, when she was just 16).

I checked their website and was amazed, as there were so many similarities with our two girls – although they were different ages and the circumstances of their deaths were different. I immediately contacted Sara’s parents, Ged and Julie Hoburn, and we have been in touch ever since.

Over the past few months we have been planning how our two charities can work together in memory of our two precious daughters. Their charity is sending families with a sick child on holiday to a villa in Crete where the families can have fun together with all expenses paid. Our charity is now raising the finance to help pay for the flights for the families to go.

* You can find out more about both charities or get in touch with Margaret, Ged and Julie by visiting ?www.sarashopefoundation.co.uk ?