Are you blocking God from speaking to you? 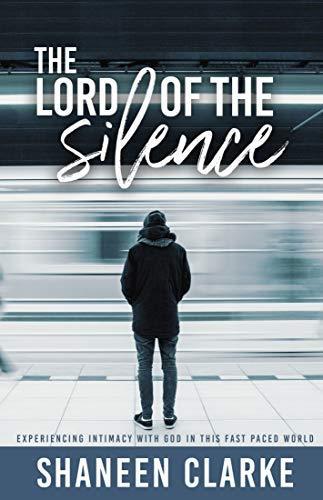 MR: You grew up in the middle of city life and even in your home you had lots of people coming and going; looking back do you remember as a child trying to find some peace and quiet in the midst of it all?

SC: Yes, I grew up in London with a huge family. I remember my father just buying the adjoining house because our family was ever growing - aunts and uncles, cats and dogs - I was always surrounded by company! The quest for silence was probably hidden deep down in early childhood really, because I used to run off to the local church and sit on the bench there, or go to the local park, or I'd go to my neighbour across the road and just hang out in her lovely garden. That brought an early sense of understanding being alone and, that we are designed to be in silence. Living in the heart of London with over 12 million people became the biggest challenge as an adult. The quest for silence and solitude began in the City of London.

MR: Why has it been important for you to find God in the silence in this season?

SC: There's a sudden pause that's come upon us with the global pandemic. Even though we're in a different type of silence right now and a different type of loneliness, there's still this activity taking place on Zoom calls, with texting, FaceTime - and it's constant! We're in a culture where we depend more on technology than people, and we're probably more lonely and lacking intimacy than we ever thought we would be. I began researching silence in my teens when I encountered the presence of God. I used to spend quite a lot of time in the mornings getting up early before school. That's where I started to experience not just the knowledge of God, but the experience of the presence of God. You could be in the countryside but still be busy in your head. I remember coming back from a meeting in London and closing the door behind me, gasping for the silence. I began to write and start to study what silence was all about historically, currently, and how people understood silence. It was from this journey I wrote this book. I understand that silence is like a battery charger. It's like medicine, to the bones. I spoke at a university in America on this subject many years ago and remember bringing the students together in a moment of silence. What was the ironic was that I looked down and every head was bowed down, there was no communication but they were all tweeting what I was saying. I said, "Look, guys, could you just get off the phone, stop tweeting and pause". I got 4000 students to pause for one minute of silence. It was difficult because silence can be very intimidating, but there is a silence that you can embrace that comes from the presence of God.

MR: Are we missing God then if we don't have space for silence in our lives?

SC: I think that's a very good point. We really have lost the art of rest, of being sensitive to and aware of God's presence because we are overloaded with information and news and constant interaction with our phones. Most people can't stay away from their phone; they're touching it constantly, and researchers have proven that some people actually need psychological help now because they're so addicted to the phone - they even sleep with it. People think power is in noise. Yes, there is some power in noise, I'm not saying there isn't, Social Media is good when we use it for the right reasons and for the benefit of others, not just for ourselves. I grew up in a Pentecostal church in my teens, then went off to an Anglican Church and learned that power is just not in noise. I've seen people moved by God’s presence in the silence, without anyone saying a word. We should embrace the silence because it is the most powerful form of connecting intimately with the presence of God.

MR: Now the question is, how do you do that?

SC: Well, through practice. Silence is really shutting down all the noises around you. Turn the mobile phone off and just sit there, not even journalling to begin with because most of us get the journal and write. You can do it in a church, even in a church meeting. When was the last time anyone was in a church meeting and allowed maybe a minute of silence, or even a few seconds just to embrace the wow factor of God? I think some of us are bored with Christianity, because purely we've lost the wow factor of his presence.

To find out more about entering into silence visit thelordofthesilence.com