Are women leaving it too late to have children? 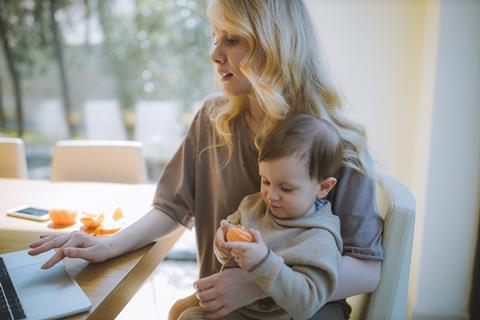 The average age of British women becoming mothers has risen to an all-time high of 30.7 years old (Office for National Statistics) so naturally, the press and daytime telly has been trotting out the usual critique that women are prioritising their careers, then discovering too late that nature knows best when they struggle to conceive or carry a healthy baby. (Although 30 is hardly ancient!)

But that tired old argument misses the point, particularly for women in the church. When I listen to my readers – or look around the church – I see countless Christian women who’ve spent years longing and praying for marriage and motherhood, but have been left disappointed, depressed and feeling let down (by the Church and by God) when the promised delights of family life never materialise.

The major factor for Christian women is the disproportionately low number of men in the church. Research by YouGov (for Single Friendly Church) found that, across all denominations, 4.4% of men and 5.2% of women in Britain attend church regularly. That adds up to half a million more women than men in the Church. Among single Christians, there are two women for every man.

Christians tend to be discouraged from “marrying out” of the faith, or even outside their own denomination. However, during my time on the church dating scene and as a singles  columnist, I observed that Christian men tend to be more open to partnering up with non-believers, further reducing the pool of potential husbands.

None of this is helped by the dubious teaching that people should simply wait for God to deliver their preordained partner, rather than proactively meeting suitable people. We also hear teachings that dating itself is ungodly – further reducing the likelihood of meeting a mate outside one’s own congregation. The inevitable result is that a huge number of Christian women never marry or have children.

I don’t think non-Christian women are leaving it late by choice, either. Among my friends and colleagues, the real issues are that it is hard to find a decent man who’s ready to settle down; and that in the current economy, couples just can’t afford a suitable home or to live on one salary or pay for childcare.

So it’s a slap in the face to read the sexist nonsense that women are sacrificing motherhood in favour of our sparkling careers, when most of us aren’t staying childless by choice at all.

HopefulGirl spent 10 years as the singles/dating columnist for Woman Alive. Her book Would Like To Meet is full of funny and moving stories from the Christian dating scene.

Photo by Anastasia Shuraeva from Pexels