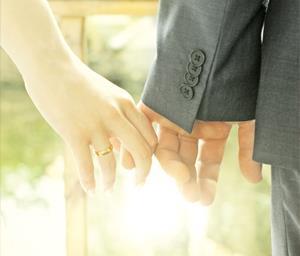 ‘I’m no longer in love with my husband’

It’s one of the top reasons given for divorce today, but is love essential to a happy marriage? And can a couple maintain the bond of intimacy, as well as provide their family with a stable and secure environment without such a vital ingredient? Lorraine Wylie talks to three women who have chosen to honour their wedding vows despite knowing that their love has died

‘The birth of our children changed things’

Carol (36) is married to Jeff and they have 11-year-old twin girls.

I led a very sheltered life and, apart from the annual two-week holiday by the sea, routine rarely varied between school during the week and church on Sundays. At 17, I became a Christian and my life revolved around church activities.

It was during a youth group barbecue that I met the man who was to change my life! Jeff was a handsome youth leader from a visiting church and we hit it off immediately. When he asked if I’d like to accompany him to a Bible quiz at a local house meeting, I was over the moon. Within days, I was ‘in love’! No doubt everyone who has ever experienced the feeling appreciates that heart- stopping, stomach-churning wonderful sensation. Two years later, Jeff had found a job in a solicitor’s office and we set the date for our wedding. I was ecstatic and our wedding day was among the happiest of my life.

I think the change began with the birth of our daughters. Having twins was a real blessing, but it was also exhausting. I was always tired and uncharacteristically irritable. Looking back, I was probably suffering from post-natal depression. But, four years later, my negative perspective on life hadn’t changed and – more alarmingly – neither had my feelings for Jeff. It was as though I was seeing him for the first time and everything he did annoyed me.

Little things that had once seemed a cute eccentricity, suddenly grated on my nerves. As for physical intimacy, even the thought of it horrified me. I had no one to talk to. My mother would have fainted if I’d broached the subject! I felt such a failure.

As time passed, I turned to my faith for a solution. I prayed that my ‘love’ for my husband would return, but it didn’t. With every passing year, I felt just as numb. At the end of my tether and plagued with guilt, I decided to confess to Jeff that I no longer loved him. Thankfully, I picked up a Christian magazine that had an article entitled What is Love? and spared him the angst.

The author compared the transient sentiment of worldly love with the caring, self-effacing, pragmatic and enduring type that Jesus has for us. Gradually, I began to see my husband and our relationship in a different light. Instead of focusing on the things that irritated and annoyed me, I concentrated on the warmth of his smile when he looked at me and our children, as well as his generosity and compassion toward others.

By concentrating on his qualities, I realised that God had given me more than just a husband and father of my children. He had given me a wonderful Christian man and a friend for life. It would be untrue to say I am head over heels ‘in love’. In fact, I still find it difficult to summon up romantic inclinations, but love is more than physical attraction. I like and appreciate my husband, and that alone is enough to make me want to try to be the wife he deserves.

‘I was not prepared for missionary service’

Jenny (33) is a school teacher and married to David, a missionary in South Africa and 25 years her senior. The couple have two boys aged 8 and 4.

At 19, I embraced the Christian faith, underwent water baptism and joined my parents in the Exclusive Brethren Fellowship at our local ‘meeting place’. I loved the atmosphere of quiet devotion that hallmarked all our Bible study and prayer gatherings, but I was curious about the lively charismatic church my friend from university attended.

When she invited me to a praise evening, I was delighted by the chance to satisfy my curiosity. I have to admit that the sound of drums and guitars during worship proved a bit of a spiritual culture shock because I was used to services conducted without any musical instruments. But apart from music, the evening held another surprise. I’d never been ‘in love’ before, but the moment I was introduced to the guest speaker, I was smitten.

Despite a couple of decades in age difference, David’s passion for his missionary service, not to mention an infectious grin, won my heart. I think I was flattered that such a mature and experienced Christian man would be interested in me. Naturally, my parents were concerned not only by the gap in age but also in our spiritual background. Nevertheless, I was ‘in love’ and so our wedding went ahead.

Initially, life on the mission field was exciting, but David’s pastoral duties demanded lengthy absences, often as long as three months, leaving me alone with two children in an isolated, rural community. Depressed and lonely, the notion of being ‘in love’ evaporated.

David’s work demands a single-mindedness I hadn’t anticipated. I was not called to missionary service, I was lured by romance. But, I believe there are no coincidences. I have linked my life to an amazing man and, although there is no feeling of ‘love’, I feel privileged to share his life and work.

‘My husband had an affair’

Helen (46) is married to Pete and they have a 20-year-old daughter.

Unfortunately, I know exactly when I stopped loving my husband. We met at Bible college and from the moment we met it was ‘love at first sight’. It sounds a bit of a cliché to say that my heart literally flipped at the sight of him! For over a year we were inseparable. We laughed, played, studied and more importantly, prayed together. It seemed we were a match made in heaven and when, three years later, he asked me to marry him, I’d no doubt he was the man for me.

The birth of our daughter was the ultimate blessing and when he was offered the role of pastor in a rural community, life couldn’t have been more idyllic. Naturally, I didn’t expect the heady intoxication of our early relationship to continue. But, like many happy relationships, love evolved into a deeper, richer experience, until the day I learned of my husband’s brief affair.

His confession, five years ago, was earth shattering, but his remorse and pleas for forgiveness were genuine. However, my world was never the same again. As Christians, we both understood the gravity of the betrayal, but equally we believed in forgiveness and, after many months of counselling, I can honestly say I forgave him. Yet, my love for him had died. No matter how I tried, I could not summon any of the original emotion. I know that other women would have sought a divorce. But I take my wedding vows seriously. I had invested too much in the relationship I believed had been destined by God.

As with everything in life, including marriage, there’s always the unexpected hurdle or trial. It’s not really about the problems we face, but how we face them that matters. My husband is a wonderful man and a great father, who simply made a mistake. Perhaps in time, things will change but, sadly, for now, the consequence has proved the death of my original ‘love’. I have not told him of my feelings, but I think he is aware. I continue to pray for a revival of what was once, an amazing love.