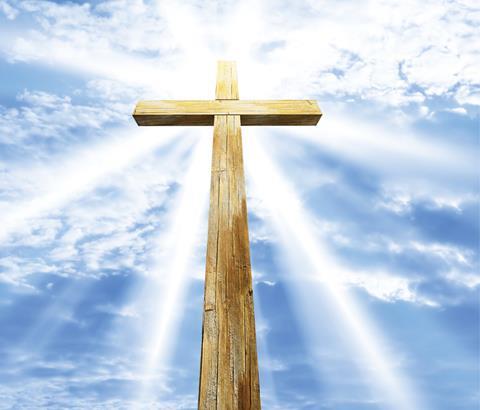 The Promise of Eternal Life

This is not just a promise to be fulfilled after our death, but a real promise for today, says Anne Le Tissier

I was very insecure as a child. Even if my parents simply went out for the evening, I’d lie awake worrying that they might have had an accident and that I would never see them again. For some reason, I was haunted by the fear that they would be taken from me, and I could not face the prospect of life without them.

They did their very best to assure me there was no good reason to worry, and that they would surely be back when I awoke in the morning; but no-one except God can truly promise that, for we never know what the future may hold - not even the next few hours.

Likewise, Thomas could not face the prospect of life without Jesus. For three years, he and the disciples had enjoyed first-hand experience of the Son of God: his love, compassion, wisdom and authority, as well as his supernatural healings, miracles and power over the demonic realm. They trusted him and willingly followed in his footsteps.

His promises had at first been easy for them to believe. “I am the resurrection and the life,” Jesus said. “He who believes in me will live, even though he dies; and whoever lives and believes in me will never die.” (John 11:25-26). And they experienced a glimpse of that particular promise fulfilled, when Jesus raised Lazarus from the dead.

Thomas, therefore, had every good reason to continue believing Jesus who, while explaining how he must go to his Father’s house, promised that he would return (John 14:1-4). But by now the murderous threats and tangible tension in Jerusalem overshadowed Thomas’ beliefs. And so Jesus’ assurance failed to appease his troubled heart and within a few hours, it seemed that his worst fears had been confirmed.

When Jesus was brutally taken from the Garden of Gethsemane, then tortured and nailed to a rough wooden cross, his beloved and devoted disciples were devastated. Some ran, some hid, and just a few remained to the bloody end; tormented by the gratuitous violence inflicted on their dear Master. Despair, grief, fear, isolation and confusion imposed further torture to their vulnerable hearts and minds.

To hear, just a few days later, that Jesus was alive, healed - raised from the dead - was at first unbelievable. But their subsequent personal witness of it provided the evidence they required to believe once again in his promise of eternal life. At least, for most of them.

Thomas, meanwhile, had isolated himself from their support and company. And so, when he ventured back to their secret hideout, he could not accept their claims that Jesus’ promises were true, and said, “. . . Unless I see the nail marks in his hands and put my finger where the nails were, and put my hand into his side, I will not believe it.” (John 20:25)

As part of such a close-knit group of friends, one might think that Thomas could have simply accepted them at their word when they announced Jesus was raised from the dead, but he dared not believe it could be true until he himself had experienced the fulfilled promise - the resurrected Jesus - for himself. And therein lies a crucial truth to encourage us when our own beliefs are opposed.

Cynics debate faith on the basis of ancient myth, legend, and the impossibility of proving that God exists. Some crudely dismiss our faith as mere fairy-tale desperation for a happy ending, or a pious club for the intellectually naive. But the disciples’ faith was not born out of fear, naivety or myth, rather it was founded upon their experience of Christ’s resurrected life; healed and whole except for two holes in the palms of his hands where metal spikes had pinned him to the cross. They weren’t just gullible - their belief was founded on proof. And for me and for countless others, this written record in the books of the Bible is more than sufficient evidence to believe in his promise of eternal life.

Indeed, we have every reason to believe that Jesus was raised from the dead; moreover, that he has divine power to convey that resurrected, eternal life, to anyone who believes in him. And we are further blessed for believing in this evidence even though we have not had the privilege of seeing his resurrected body as the disciples did (John 20:29).

We, who believe, have accepted the recorded testimony of those men and women, we have recognised that Jesus foretold he would die then be raised from the dead, and in turn we accept wholeheartedly his promise to give us eternal life too.

A Promise for Today

Jesus said that “ . . . everyone who believes in him may have eternal life . . .” (John 3:15). It was a promise to assure us of eternal life with God when our temporary, physical body sooner or later dies. But he also made this promise in the present tense: “. . . Whoever believes in the Son has eternal life” (v36) - assuring us of its relevance while we live in our physical body today.

Sadly, however, the anomalies between ‘heaven’s perfection’ and the fallen world we face each moment, may feel incongruous. In fact, the higher quality life of eternity that Jesus promised may feel way out of reach or just a sick joke if we are facing persecution, relationship breakdown, job or home loss, bereavement and other such trying circumstances. It was certainly a promise that was lost on Thomas - one that he dismissed in the light of his immediate fears.

Until, that is, he experienced the promise for himself - he touched Jesus, spoke with him, and listened to him. Consequently, despite the growing animosity towards the faith, the hardships of living on the road and the many personal sacrifices made on behalf of the Gospel, Thomas was renewed in courage and purpose by the reality of a resurrected relationship with his Lord. He is known to have spent his life preaching the Good News, and is thought to have been martyred in India. No-one goes to such lengths on a whim or fancy!

And this is Thomas’ ongoing encouragement to you and to me. Jesus has promised us eternal life - forever, including today; an incomparable quality of life available to all who put their trust in him.

So if that higher life seems to be evading us at the moment, if it is shielded from our daily experience by the discouragements, hardships, disappointments and put downs of life in this fallen world, then I pray Thomas may encourage us to renew our experience of the One who is the promise, who made the promise and has every power to convey the promise of a full and abundant life, lived in intimate relationship with him (John 10:10).

Engage with the promise: Merely ‘hearing’ of the quality of life Jesus promises is meaningless. First, we must believe his promise, and then engage with the promise - that is, daily engage with the higher spiritual life through relationship with God in prayer, and if possible, his Word.
It reminds us of our need to hold tightly on to God and only lightly to this world. Each of us has to determine to live our lives in Christ’s love and will; a life in which thoughts of his kingdom motivate our hearts and where God is our first love. No-one can force us to do this - it arises from a knowledge that he is the only One who can satisfy our inner cravings and desires in a way that no other person or thing can do.

Affirm your belief: If, like Thomas, you are grief-stricken by the loss of tangible intimacy with Jesus, it can sometimes be helpful to affirm your belief audibly: “Lord, I do believe; help me in my unbelief” (Mark 9:24), opening your heart to the way in which he may like to give you the help that you ask for.

If you feel able, you may also like to ask your church leader if there is someone who can pray with you and stand with you through this time, for the enemy will always seek to undermine our faith, especially if we feel isolated. The presence of the Holy Spirit in that person may possibly be the tangible experience you need to ‘touch and hear’ Jesus, and renew your own faith.

Check the evidence: If you are still unsure about the validity of Jesus’ promise owing to doubts about his resurrection, perhaps I may suggest a book called Who Moved The Stone? by Frank Morison. The author is described as a rationalistic lawyer who took three years off work to disprove Christ’s resurrection but then found the sheer weight of evidence for it too compelling. As a result, he wrote a different book to the one intended in which he shares his story confirming his change of heart and his consequent belief.