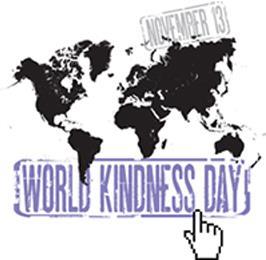 I still can’t help smiling when I remember how I was rescued, more than 20 years ago, when my car broke down on a busy Chicago motorway. On my way to work one morning, I suddenly became aware of a worrying noise – it sounded as if I was dragging metal coat hangers under the car!

I pulled over, as soon as I could, to have a look. No coat hangers; I had been dragging part of the exhaust system. I reached for it to see if I could somehow attach it to the car again. Ouch! It was hot. So I stood there, asking God to help me and wondering how I would ever be able to get across three very busy lanes of traffic in order to walk to a public phone.

Cars, motorbikes and big lorries just continued to whip past me. Nobody seemed to notice, or care about my predicament. Then one trucker seemed to slow down and looked across the traffic at me. Sadly, he had no choice but to keep driving … but then he got off at the next exit.

I watched as he drove across the overpass. Soon he was heading up the other side of the motorway! Was God sending an angel to help me? As the lorry approached the spot where I was standing by my car, the driver pulled off onto the shoulder and climbed down from his seat. In one fluid motion he was over the concrete median and by my side.

“Can I help you ma’am?” he asked. The tall stranger was dressed in Levis, a leather jacket and cowboy boots. I smiled inwardly: God had sent me a cowboy angel.

I tried to explain what the problem was, but he already seemed to know. Indeed, he was all ready with a spool of thin wire to make the repair. He didn’t say much; he just quickly dropped to the ground to get to work. But he couldn’t easily slide under the car, and a moment later he was up again. Slightly embarrassed, he asked, “Please could you hold this, ma’am?” and handed me his black Stetson.

I stood there at the side of the motorway holding a cowboy hat and trying to keep my cotton sundress from flapping up as the cars whizzed past, while the ‘angel’ fixed my car. He was finished in no time, and didn’t hang around except to tell me that the fix was temporary and I should take the car to the garage that day.

I thanked him, and he leapt over the median and back into the lorry before I could take in what had just happened!

Like me, many women have received a stranger’s help when they’ve had a puncture or had some other car problem. But people we don’t know may show us kindness in other ways too. Sometimes, a person sees a need and realises they can give something to meet that need.

When Sue Johnson and her husband Bertil moved into their home a couple of years ago, they decided to replace all of the wood in the porch as it was quite warped and not weatherproof.

“The previous owners had put in a cat flap,” says Sue, “and when we removed it, there was a gap of about a square foot in the tarred roofing felt, under the wood. So we went to a builders’ merchant to see if we could buy a small offcut to cover it. But they only sold it in huge rolls!”

As Sue and her husband stood at the counter, wondering what they could do, a man standing nearby, who had heard their conversation with the sales assistant, offered to meet their need. He was doing a building job nearby and could give them some roofing felt if they would follow him in their car.

“He was very kind,” said Sue, “and gave us far more than we actually needed – and he wouldn’t take any money. If he had ignored our situation, I don’t know what we would have done.”

Shirley Maurer Schofield was queuing at the supermarket, quite obviously pregnant, with two small children in the trolley. All at once, she felt someone grab her hand and press something into it. At the same time, Shirley heard the words, “This is for your new little one.” A complete stranger was giving her money! She turned to see a white-haired woman with a countenance even kinder than her gesture.

After thanking the woman, Shirley chatted with her for a few minutes and learned that she was the mother of 12 children. Her husband had been a soldier, and she had brought up the children mostly by herself. He was killed in action, leaving her a widow when the youngest were still at home.

“I was humbled that she had chosen to honour me with her gift,” says Shirley. “I had only two children, three counting the one on the way, and my husband had a well paid job. I wanted my kids to know about that gentle woman’s unmerited kindness, so I used the fiver she had given me to buy a book about sharing.

“The book is long gone now, but my memory of that kind stranger is not. I don’t know her name or if she is still alive. But I do know that was the most precious five-pound note that I’ve ever received.”

In an age where people are often just too busy to stop and help one another, where road rage is common, and where we are told to “look out for number one”, acts of generosity or service can be few and far between.

Yet Ann Marie Penman, the mother of a child with both leukaemia and spinal muscular atrophy (SMA), has experienced the kindness of strangers on a number of occasions. One of the most memorable happened around Christmas, when friends, family and members of the community were busy raising funds for a motorised wheelchair for five-year-old Anna.

“I needed to get some work done on the lighting in our house,” says Ann Marie. “So I organised a visit from an electrician, not realising he was aware of the fundraising drive or that he had wanted to help Anna. And, until he walked in the door, he didn’t know he was coming to work at Anna’s house!

The electrician arrived on, what Ann Marie describes as, a difficult day. “He was a very special man,” she says. “Immediately, he told me to sit down and have a cup of tea – he was so kind. I remember that when he learned I didn’t have light bulbs, he went out and bought some. He couldn’t do enough to help us.”

When the man’s work was done, Ann Marie asked him how much she owed. “You don’t owe me anything,” he said. “I knew that I wanted to help Anna, but until I came here I didn’t know how I would do that.”

And if Ann Marie wasn’t speechless at that point, she surely was when he pulled out a wad of banknotes and handed her £500.

“Please take this to help with Anna’s new wheelchair,” he said.

When we meet kindness head on, it can be overwhelming. And when it’s a stranger who goes out of their way to help us, we may get the feeling that we are standing on holy ground.

Even if you don’t see kindness as one of your gifts, all of us can show kindness to those around us. There are so many opportunities. Below are just a few ideas: