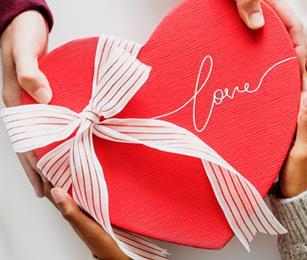 It’s Valentine’s Day coming up. So here’s a little poem for you.

I am so glad that you are mine,
On this day of Valentine.
You are a very special lady,
Which I celebrate on this day dedicated to a man who may or may not have been imprisoned and tortured to death in Rome on 14th February 273 AD.

It actually rhymes, although I admit you do have to zoom through the last line a bit.

Let’s be honest, Valentine’s Day is a peculiar thing. According to my dictionary of saints we know virtually nothing about St Valentine, except for the fact that there was a church bearing his name in Rome in the fourth century.

How he became associated with love is a complete mystery. The first reliable mention of the romantic traditions seems to date from around a thousand years later. It first appears in a poem by Chaucer called “Hast thou seene the price of these faire red roses at ye garage, I tell you ‘tis a rip-off”. Or something like that.

There was also a medieval belief that birds started pairing off in mid-February, so that may have something to do with it. Although taking the behaviour of birds as an example is a bit dodgy. Birds also build nests on chimneys and go around misbehaving themselves all over statues, and I don’t see anyone recommending those as practices we should follow.

Look, I don’t want to sound like a grouch. I like a bit of romance as much as the next man. In fact, probably more. I am a sucker for a rom-com; Love Actually is one of my favourite films. I cry during films. I think the problem I have with Valentine’s Day is the same problem I have with all these events: the hype gets bigger and bigger with every passing year.

I mean we have a proliferation of these ‘days’ now: Mother’s Day, Father’s Day, Grandma’s Day, Second Cousin-Twice-Removed Day, Doris Day – the list is endless. And every one of them is advertised and promoted to within an inch of its life.

Take Halloween. When I was young any celebration of Halloween consisted of apple-bobbing and that was it. There was nothing else. In fact,it was generally frowned upon in the church circles where I grew up. I remember lots of talks about Halloween being “a gateway to the occult”. The impression was that it starts by ‘trick or treating’ and then leads inevitably to black magic, goat-sacrifice and a career as a professional witch.

That’s the thing about all these manufactured festivals: it’s all about the money.

And every year the pressure to spend grows. For Valentine’s Day, it’s not enough just to send a card. Oh no, you’ve got to send flowers, a magnum of champagne, arrive outside your partner’s place of work in a horse-drawn carriage, arrange for a plane to fly by and drop rose petals from the sky …

It’s the same with getting engaged. When I was young you got engaged by getting down on one knee and saying, “How about it then?” Or, if you were feeling extra romantic, by saying, “Will you marry me?” If you really wanted to gild the lily, you could do it at a candle-lit dinner. But nowadays that’s not enough. You have to take your fiancée to a special location. It has to be at the top of a mountain, or broadcast at a major sporting event. You have to organise a marching band to play or a crowd to suddenly burst into one of the dance routines from Mary Poppins.

Everywhere you look we have celebration inflation. And in every case it’s all about spending more money.

And all of it masks the truth, which is that we should be celebrating these kinds of things every day, not just once a year.

So here’s my tip. If you want to put some real romance into your relationship, then do the card and flowers thing on dates when it’s not expected. What’s really romantic is the unexpected gesture, not the pre-programmed, fully-scheduled delivery.

Romance is for life, not just for Valentine’s Day.