Bible Study: A representative for all faithful women of God

Elaine Storkey opens up the story of the mother of the Sons of Zebedee, showing how costly following Jesus would have been for her 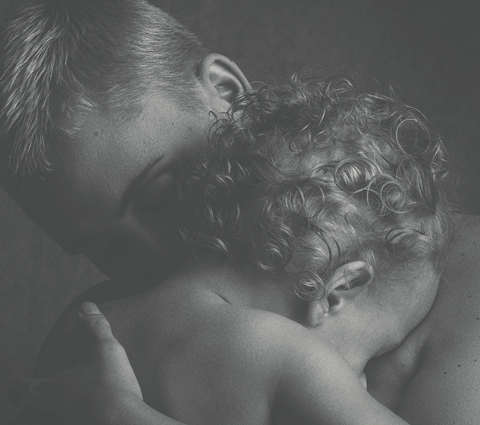 I want you to imagine that you live in a traditional agricultural community where gender roles are fairly clearly specified. The shores of the big inland lake are just a short walk from your home. Your husband is a fisherman, and your two sons are learning the trade from their father so they can have a good livelihood. Two local brothers and friends often fish in the same region, jokingly competing with your sons and husband about who has the biggest catch. It’s a happy, predictable life; the only real worries are about the weather. Sudden darkening clouds can mean storms are perilously near and can whip up energy in a very short time. Small boats out on the lake may have only minutes to get back into the shallow waters before the waves lash over them. Your comfort is that there are four fishermen within close reach of each other and so if one boat capsizes, the other would do their best to rescue your menfolk.

Today has been a great day for fishing and you can already see from your vantage point that your husband and sons are pulling their boat on to the shoreline. The fish are thrown out of the nets and the mending begins. You heat up the stove ready to cook the fish and wait for their return. It seems to take them longer than usual…and then your husband arrives alone. Puzzled, you ask him where your sons are. Your husband furrows his brow. “They were called away to be disciples of that rabbi,” he replies, “that healer – he asked all four young men to follow him. They’ve gone, with my blessing of course. But it will be very different from now on.”

How would you feel?

The tale is a true one. It is the story in the Gospels of Jesus calling his first four disciples: Andrew and Peter, James and John. We read the narrative as an example of obedience, trust and privilege; these young men were trusting their lives to the teacher who had called them. It was an honour to be a disciple of a learned rabbi. They would be taught so many things and would have experiences that ordinary fishermen could hardly dream of.

Yet, told from the viewpoint of the mother, it sounds rather different. All the preparation she and their father had put in to teaching them a livelihood seemed redundant. Now the livelihood was irrelevant, for they would no longer work and trade, but be dependent on the goodwill of others for basic necessities. Zebedee, the father of James and John, lost his fishing partners; their mother lost the sons whose company she loved, and whom she enjoyed caring for. The cost for them was huge.

Told from the viewpoint of the mother, it sounds rather different

A mother’s point of view

I wanted to share the story from the point of view of this mother. We don’t know her name. She’s not referred to as Zebedee’s wife, which would be normal, but as “the mother of Zebedee’s sons”. By the time the Gospel was written, James and John clearly had much higher prominence than their father and were well-known as disciples of Christ. Their mother is mentioned elsewhere in the Gospels, but usually for only one memorable incident.

This incident, in Matthew 20, occurred when Jesus was taking the climactic journey from Galilee to Jerusalem. Most of the Gospel writers mention that women were travelling with him and the disciples, and these women took care of their needs. One of them was the mother of the sons of Zebedee. Matthew tells us that she approached Jesus after he had told them he would be killed and then raised from the dead, to ask him a favour. When he came into his kingdom, could her sons, James and John, sit on his right and left hand?

What was she asking? The disciples interpreted it as wanting favouritism and were angry. They felt she wanted her boys to be more prominent and important than all the other disciples in the kingdom of heaven. And there was probably an element of that, for Jesus then went on to talk about what it was to be important. It was not to laud it over other people, but to be a servant. Yet Jesus was not talking only to James’ and John’s mother here. He was talking to all his disciples, who were now competing for priority.

There could have been another element to the mother’s request. The ‘kingdom of heaven’ was a hard concept to grasp, especially because it came after suffering and death. The only sort of security that the mother of the sons of Zebedee had in relation to her boys was their closeness to Jesus. Having entrusted them to him years before, she wanted to ensure their safety still. When they were admitted to the kingdom of heaven, could they be on his right and left hand to ensure that their security was eternal?

In answer, Jesus talked about the suffering that he and they would go through, but that it is the Father alone who will make decisions about who sits where in the kingdom of heaven. And for many people that is the end of the mother’s story.

But in the Gospels it is not. Matthew, who tells this more negative story, puts it in a bigger perspective seven chapters later. He recounts the horrible crucifixion of Jesus and the terror for those who loved him. By this time, Judas had betrayed him, Peter had denied him and his other disciples had briefly dropped out of the narrative. But the women who travelled with Jesus from Galilee were still there, weeping over the injustice that put Jesus on the Cross, watching him breathe

his last, with all the grief we can imagine. Matthew lets us know that one of these women was the mother of Zebedee’s sons. Jesus’ call to servanthood continued to make its mark on her. She had stayed faithful to the commitment made by her sons and herself.

The mother of Zebedee’s sons had one more role to play. The Gospel writers tell us that on the third day, the women went to anoint the body in the tomb but found instead that their Saviour had risen. She would have been among them. The woman who gave away her sons to an itinerant rabbi, and served him herself, became a witness to his resurrection.

Jesus teaches us that we are not in his service to be applauded by others, or have our names known

What can we learn from the mother of Zebedee’s sons?

The fact that we don’t even know this woman’s name makes her somehow more special. For she represents all those understated women who also have heard Christ’s call to service and served in costly ways known to few others. Many mothers have born the anxiety and pain of separation when their children have left to serve Christ, especially when they have been called to volatile areas with the possibility of persecution always facing them. Many mothers have known they will not have grandchildren, because family life has been incompatible with the calling their children have accepted. Yet they bless them and give generously to their service. Other women become foster mothers or adoptive parents, sharing their own lives generously and sacrificially with those without families to care for them.

This story also speaks beyond motherhood, into the commitments of so many women who have spent their lives serving others, in ways that no one counts and at costs no one knows. Women who visit prisons, care for the elderly, staff food banks, volunteer in hospitals and communities, transport people with disabilities, sit with the lonely. So many women whose names we do not know. Sometimes the impact is enormous. A dear medical friend was distressed 40 years ago by the low level of city hygiene she witnessed when working in Uganda: open sewers, slums, deforestation, infectious diseases. So she bought reclaimed land, funded tree nurseries for the locals and set up trading patterns that paid for new infrastructures. Now in that region, thousands of acres of reforestation act as carbon sinks, sewers are underground and public health good. Yet there is no plaque or memorial to her except in the lives of those she served.

Jesus teaches us that we are not in his service to be applauded by others, or have our names known. It is in servanthood that our true greatness lies.