A week of summer fun

Current leader, Glenys Adams describes how Camps for Girls started, and what it is like to attend 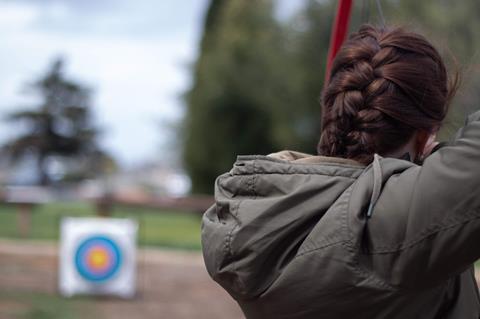 Camps for Girls is an independent Christian camp, not affiliated to any other organisation, church or denomination. It is led by a small team of Christian women from around the country, and for more than 70 years has been held in various places in the south of England. It began in basic huts with buckets for toilets and a stream for water, and later moved to boarding schools. For the last 20 years, it has been based in Heatree Activity Centre on Dartmoor, a comfortable, stone-built venue and a far cry from conditions in the late 1940s.

The beginnings of Camp for Girls

Frustrated that her Brethren Assembly in Bristol only ran camps for boys, in 1948 Dorothy Hinks decided to run camps for girls, and the name stuck. Over the following years the camp broadened its reach, spiritually and geographically. Ever since then, for a week in August each year girls aged 11–16 are welcomed from all parts of the country, from any church background or with little or no church connection.

Despite many changes, one thing that has never changed is its purpose, as stated in the brochure: “to provide a good holiday at a reasonable cost, and to present the Christian message in a way that will appeal to the girls”. The team of leaders trust in the ‘Lord who provides’ and this underpins everything, while a network of prayer partners supports the work both prayerfully and financially, contributing to the true cost of running the camp.

The Camp’s logo declares: “Jesus, Lord of all”, and this drives the spiritual life of the Camp, which is of paramount importance. Each day begins with Bible study and prayer, and ends with teaching and worship, including traditional and contemporary worship songs.

Throughout the day, activities range from crafts and quizzes to sports and centre-led outdoor pursuits, including kayaking, climbing, archery and high-ropes, and there are visits to places of interest. A popular activity is ‘Hunt the Leader’, during which girls need to find and identify disguised leaders in a nearby village.

Dedicated to the camp

Camps for Girls is run by a dedicated group of women who acknowledge that it continues because it is the Lord’s work, and that he has been faithful in upholding Camp over many generations. We are less of an organisation, more a group of friends who are called to this special task. Whatever our individual Christian experience or church affiliation, we are all united by the Camp’s statement of faith.

I was first involved as a camper back in 1964. Our current youngest leader, Abigail, began as a camper too. She comments: “As a camper I was constantly surrounded by that loving and positive atmosphere. Jesus was just naturally talked about and his presence and love were so prevalent. Probably my favourite part about now being a leader is the opportunity to tell the campers about Jesus and to encourage them in their walk with God. I think the activities are also a great way to show girls that Christians do have fun.”

For more information about Camps for Girls, visit campsforgirls.org