Why don’t we talk about periods? 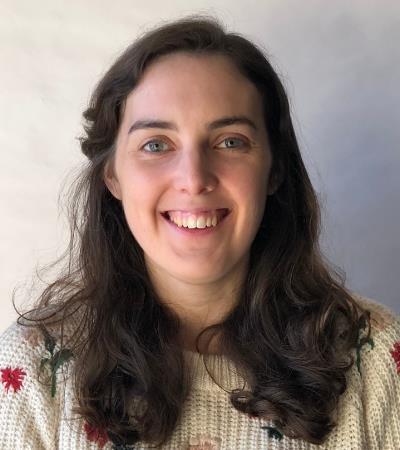 As an author, telling someone about the book you’re working on is both exciting and nerve-wracking. That was especially true with the book I’ve just published: A Brief Theology of Periods (Yes, Really). Sometimes there’d be a puzzled pause. A bemused furrowing of the eyebrows. An awkward laugh. And then, the question: Why?

On one level, the answer to that question simply lies in the fact that I have them. Like the average woman, I’m on track to have at least 450 cycles in my lifetime. And when we consider the mess, hormones, emotions, inconvenience and pain involved in having periods (not to mention the menopause), I’m sure I’m not the only woman to have asked: Why would God make it like this?!

But the book also grew out of the experience of walking alongside women like my dear friend Caitlin. For Caitlin, periods are more than just inconvenient. They frequently involve crippling pain, vomiting and diarrhoea. She and her husband joke about the array of hot-water bottles they’ve collected from around the country, because Caitlin’s periods have a habit of arriving unexpectedly when they’re on holiday – writing off days of what should be a relaxing break. While they can laugh about it after the event, in the midst of Caitlin’s periods, neither of them is smiling.

Breaking down the taboo

Periods are a part of life and for many women, they’re a huge and quite serious part of life. I believe passionately that God sees into, and speaks into, all of life’s experiences. So I wanted to shine a light on a subject that has been neglected for too long.

This is even more important given that there are a whole host of other voices in our culture speaking on periods. In recent years they’ve become increasingly visible in the media, books, TV and advertising. Arguably, there’s never been a more important time to think biblically about this subject.

And this is perhaps particularly true when it comes to raising the next generation of Christian women.

While writing this book, I heard a lot of people’s ‘first period’ stories. Many of us remember them vividly, but often for the wrong reasons! I for one can remember sneaking downstairs to furtively pull my mother out of a meeting she was having with the church organist and his wife: very much the last people I wanted to know!

Helping girls to be prepared

Revealingly, a survey by the charity Plan International found that one in four girls didn’t feel prepared for their first period. So how can we – as parents, grandparents, godmothers, family friends, youth leaders – help to prepare the girls we know for this transition? I asked a number of women that question as part of my research. In the end I think it comes down to three things.

Be open. Talk about it! The ‘periods chat’ doesn’t need to be one ‘big reveal’ – it’s often better to do it over time, drip-feeding small amounts of information into everyday chats. That said, some parents make use of a book to read alongside their child. Others recommend having these conversations while on a walk or in the car – side by side is always less awkward than face to face. Those of us (including me) who aren’t parents still have an important role to play here. Kids thrive when they have good relationships with a variety of trustworthy adults – ones where they know no question is off limits (even ones about periods!). 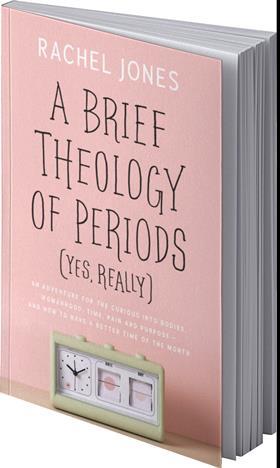 Be pro-active. Ideally the first person a girl hears about periods from will be an adult they know and trust. It’s therefore a good idea to find out when the subject will be covered in the school curriculum. Most girls start their periods around age twelve, but it can be as early as eight or as late as 16. We should be talking to them about it before it happens.

Be positive! The periods chat is not just about getting across the biological basics. We can use periods as an opportunity to affirm some of the Bible’s big messages: that our bodies are good; that God’s creation of us as male and female is good; that motherhood is a high calling and a good gift – but that there’s more than one way to be a ‘mother’, too. We can remind our children that God wants all of us, male and female, to pour our energies into building God’s Church; that he uses all things, including pain, to grow us in godliness; and that when our bodies frustrate us now, we can look forward to the day when they will be raised in glory.

Rachel JonesRachel Jones is senior editor at The Good Book Company and the author of several books, including A Brief Theology of Periods (Yes, Really): An adventure for the curious into bodies, womanhood, time, pain and purpose – and how to have a better time of the month, which is out now.