Who says you have to pick friends your own age? 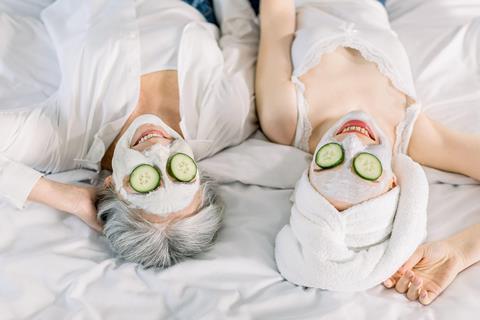 It may seem easier to stick to the confines of our peer group than bridge generational gaps when cultivating friendships. However, as we saw last month, Titus 2:3-5 tells us that relationships between older and younger women not only provide vital mentorship – they can be a source of mutual encouragement and joy.

Alli (68) and Carley (31) are two radically obedient women who followed the call of God to Burundi, where they struck up a beautiful friendship that would last a lifetime. They are a glorious example of a fruitful intergenerational relationship.

Canadian British-born Alli grew up in an Anglican family. At age 18, when a believing friend prayed about a personal family situation, she says that: “I discovered Jesus was real, not just a fairytale-figure like a leprechaun or Santa Claus.” Alli then gave her life wholeheartedly to Jesus and his purposes.

After attending university in Canada, Alli returned to the UK. She attended Bible school to study New Testament Greek, which she would later use to translate the Bible in northern Cambodia.

When the horrific atrocities of the Khmer Rouge in Cambodia struck the UK news headlines, Alli’s heart’s cry was: “Is the same merciful God of the Bible the same God that would allow a genocide of two million people?”

To find out, she packed up and left to serve the surviving victims at a skills training centre in Cambodia, where she spent eight years caring for the Khmer people. She learned the local language and witnessed the birth of the nation’s largest church.

Alli then spent time in Rwanda and returned to Cambodia, before ending up in Rwanda’s neighbouring Burundi, which is where she would meet Carley one day.

Raised in a Christian family in Idaho, USA, from a young age Carley’s grandma instilled in her a deep love and respect for those from older generations. Carley has fond memories of listening to the tales of those in care homes in her community.

Knowing Jesus from a young age, Carley loved to share Jesus with those around her. Growing up, however, she realised too much of her identity was in relationships with guys, and, while at university, Carley found herself at a crossroads in her life. When she walked away from an unhealthy relationship by the grace of God, it was a final act of surrender of her life to Christ. She then unexpectedly found herself married to her soulmate just 13 months later (who she had met the first week of university). 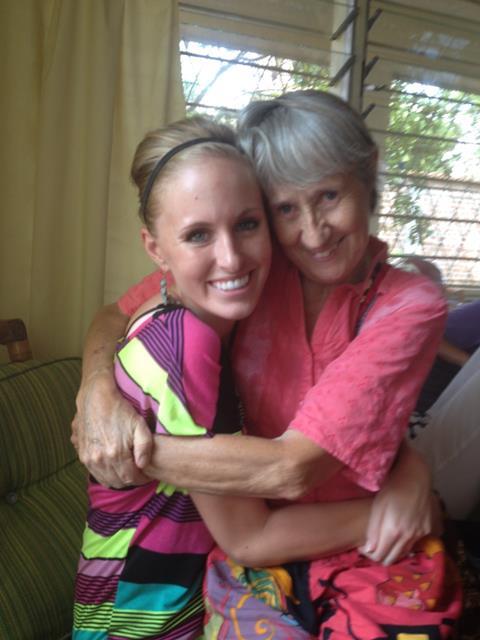 With a passion for her hometown and a fierce devotion to her church community and family (particularly her grandparents), Carley’s world was rocked one evening when her husband came home and announced that he thought God wanted them to move to Africa!

She begrudgingly agreed to pray about it, confident that God would speak if he did want them to go halfway across the world. He did and so, at age 21, Carley moved to Burundi with her husband and a close friend.

One of Carley’s most significant grief points of leaving her home in Idaho was the loss of wiser, older female mentors. Before she left for Burundi, she prayed two prayers: Please God, no spiders!” and “Please give me a spiritual grandma!”

Sure enough, not one spider came near her during her years in Africa. Then, she met Alli at a homegroup during a particularly vulnerable time when she was desperately missing her grandma.

Alli and Carley instantly hit it off, and Alli invited Carley and her husband out to eat Ethiopian food the next day. It was the beginning of a beautiful friendship. They even moved to live next door to one another, and an organic, supportive friendship developed, from which emerged discipleship, fun and much laughter.

If unchecked, the challenges of life overseas can result in bitterness and hardened hearts, but it struck Carley that even though Alli had endured much hardship throughout her life, she had kept her heart soft. It was a powerful example and source of encouragement to Carley.

Alli never assumed the role of an official mentor – she simply invited Carley into her world. They would hang out at Alli’s skills workshop. Carley would help model the colourful and locally made ‘Zanzibar pants’, and, as Alli told stories from her life adventures, inspiration was ‘caught rather than taught’.

Alli is single, despite a long-term desire to be married, and after a seven-year struggle with infertility, Carley and her husband are in a place of peace that it is unlikely they will have children. Family, therefore, looks different for both Alli and Carley. Finding peace with this not only brought them closer together after their shared experiences of earth-shattering pain, but it also spurred them both on to find ‘family’ in one another and within the church. 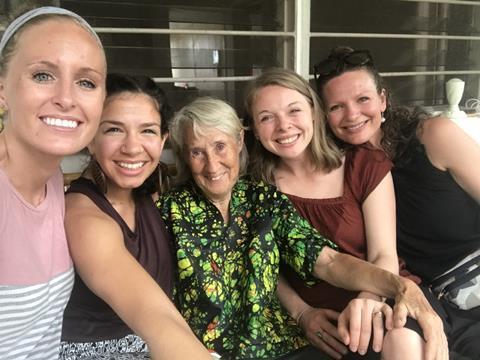 Carley and friends with Alli

After a break back in the States, Carley and her husband returned to Burundi as an act of obedience – Carley still had no genuine desire to stay in Africa. It was a tough season for her but, miraculously, God gave her the desire to help the people of Burundi. One of the biggest fears that Carley had to overcome was: “If I stay and live in Burundi, who will I become?”

Meeting and knowing Alli was her answer. As Carley observed Alli’s childlike joy, it gave her vision. She accepted that her own life was different from what she expected. Alli’s obedient, radical and conventional life of serving God all over the world gave Carley the assurance that if she also lived a life of obedience, her life could be just as fruitful and fulfilling.

Alli’s life has been deeply enriched by their friendship too. She believes Carley has all the qualities she could wish to have and more. She even referred to her as her evangelistic hero when Carley moved into the most Islamic area of Burundi to share her faith.

Subsequently, observing Carley’s faithful friendship and consistent, loving witness to Muslim girls at the school at which she worked served as a source of constant inspiration and encouragement to Alli.

Today, Alli lives in Cambodia while Carley is in London; they miss one another dearly. They keep in touch regularly to spur each other on. Carley has promised to go and spend a month in Cambodia to write Alli’s life memoir in the future.

Rebecca Hunter-KelmBecky Hunter-Kelm is an ex-youth worker-turned copywriter currently living in Istanbul. She writes for brands in the lifestyle and wellness industries and is passionate about making cross-cultural connections. You can connect with her here: www.beckyhunterkelm.medium.com