What it means to be black British 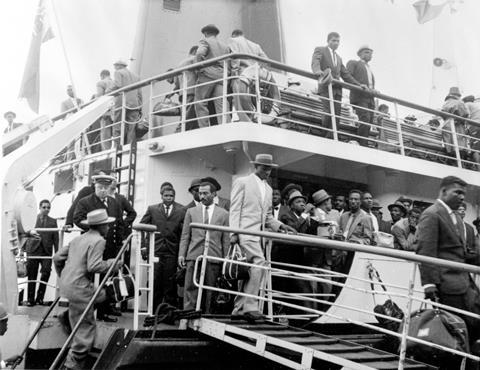 It all started about 20 years ago. I was reflecting over my life, and the significance of being born in 1960. As a first-generation black British woman, I’ve come to realise my life has not only been shaped by experiences very unique and personal to me, but I have also been impacted by what has shaped my generation.

My parents came over to England from Jamaica in the 1950s; they were part of the Windrush Generation seeking to make a new life here in the UK. This was triggered by the 1948 British Nationality Act, which conferred the status of British citizenship on all Commonwealth subjects and recognised their right to work and settle in the UK.

The Nationality Act was pivotal in transforming Britain into the culture we recognise today; multiracial, multicultural and more egalitarian. My life’s story has been part of this transition from the old Britain to the new. Anyone who is British and alive since 1948 has a story to share about how their lives have been impacted by the changing face of Britain in the last 70 years.

This was how the idea for The Making of Black Britain came about. I want to create a living archive for people to record their personal stories about life in Britain. I want to hear everyone’s voices − from the migrant community to the native-born Brit.

The project is being launched in October during Black History Month. Then in 2022 we will travel the length and breadth of the country gathering stories so that by 2023, when we mark the 75th anniversary of the Nationality Act, the digital archive will contain a wealth of stories to commemorate the occasion. I believe this project is what God is leading me to do. We all know how powerful and healing storytelling can be. At the heart of it, this project is about connecting people, listening and learning from each other, which hopefully leads to better understanding.

I came to faith in my 30s. I was brought up in the Church of England where going to church was more of a cultural activity. Then in my early 20s I remember asking my local vicar: “What does it take to go to heaven?” He said something along the lines of acknowledging your need of God and saying the sinner’s prayer. I asked: “What if you’re a good person but you don’t say this prayer?” He responded with: “You don’t go to heaven.” I then asked: “What happens if you are not a good person but you’ve said this prayer?” He replied: “Then you go to heaven.” All I could think about was this particular relative I’d met in Jamaica who was extremely religious but very mean. In my mind heaven was going to be full of mean, religious people and hell full of all the nice people. It really affected my belief system and instead I chose to think if something wasn’t tangible then it wasn’t real.

We all know how powerful and healing storytelling can be

When I started working on Songs of Praise, I was struck by the fact that all those I interviewed had this sense of peace no matter what they were going through. This really intrigued me so I decided to do an Alpha Course, which led me to give my life to Christ. Now Christ defines everything about who I am.

As Christians we find our identity in Christ, we love our neighbours, find our purpose and hopefully leave this world a better place than when we came into it. I try to live my life this way through my love of learning about people and understanding what brings out the best in us. It has led me to be involved in interesting projects that have given me the opportunity to learn more about my own family.

I remember going around to my parent’s house some years ago and, while helping dad clear out a room, I came across a battered case that contained old letters between my paternal Jamaican grandmother and my mother. I realised that I didn’t know much about my family and became fascinated to learn more. I started asking all these questions and found out that I was given my middle name, Louise, after my paternal grandmother. I then decided I wanted to capture the experiences of my parents while I had time. My husband helped me to record as much of my parents’ story as we could.

After both my parents passed away, I started having conversations with friends about what I had started. I soon realised they too were interested in talking about identity, what it means to be black British and how each generation saw their place in Britain in a different way to the previous one. I spent the next several years researching about this period in history, going to exhibitions, watching documentaries and recording the experiences of friends and their family members. I wasn’t sure what I was going to do with all this information, perhaps turn it into a book or a documentary. Then, not long after the 70th anniversary of Windrush, I had a lightbulb moment. This project should be an audio digital archive. 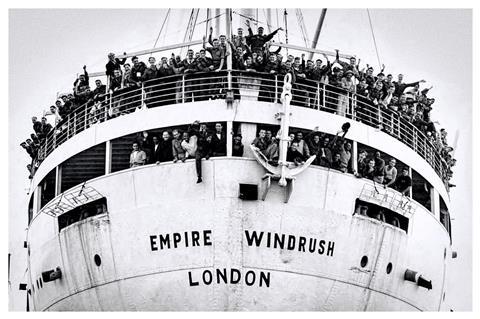 One of the driving factors for me doing this were the questions I asked myself regularly: “Am I fully British? Why am I called black British?” Whenever I fill out a form, I’m obliged to define myself by my colour. I do understand the benefits of giving this information, but will there ever be day when I can just be British? Colour has played a huge part in imprinting what it means to be British. It opens up so many questions about who we are and how we treat each other.

My desire for The Making of Black Britain is to allow people the chance to listen and learn from others they may not necessarily meet in their everyday life. When we seek first to understand, maybe we’ll reach a point where we see beyond colour and only see what we have in common.

Knowing and being known

As I’ve listened to people share their stories, I’ve seen a pattern forming: no matter where we come from, we all want to be known, loved and have a sense of belonging and purpose. All of my life I’ve heard stories of prejudice and racism, but when people take the time to listen and understand each other, they recognise such thinking is rooted in ignorance and fear.

Psychologists tell us that essentially there are only two primary human emotions, fear and love. The Bible says perfect love casts out all fear (1 John 4:18). I hope this project will serve as a safe place for people to grow in understanding. When we get to know each other, the fear reduces and love increases.

Our lives are continuously affecting someone else’s. I want to encourage everyone to be involved with The Making of Black Britain. What you have to say matters, and together, through our stories, we can help bring peace and healing to many.

If you want to take part in The Making of Black Britain, go to themakingofblackbritain.org

To register and share your story and for more information visit themakingofblackbritain.org