‘We play a significant role in far too many wars’

Elaine Storkey reminds us of that we should seek the peace that Jesus gives, for all of us 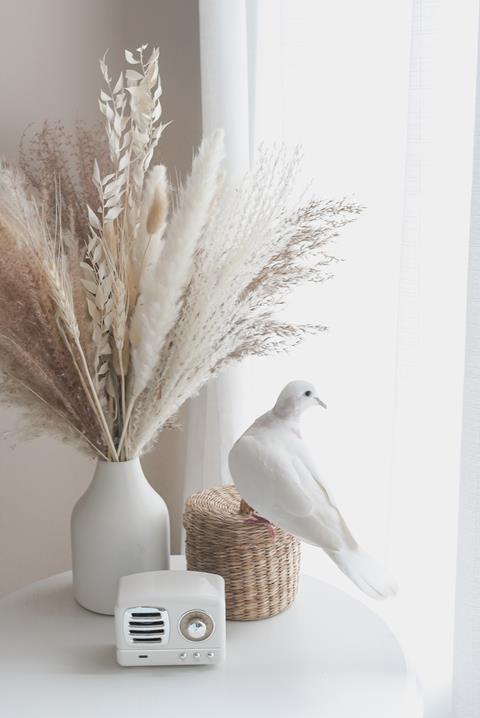 Wars have been around for decades in many places around the world, with short bouts of peace giving respite before the next outbreak. In some countries, ethnic and political unrest bubbles below the surface fuelled often by competition for the control of mineral wealth. The total number of people killed in wars over the last few decades runs into millions. Many of the victims are ordinary people in their homes, looking after their families, or simply trying to get to work to earn an income. The emotional toll, in lives torn apart and unspeakable grief, is enormous.

It would be easy for us to think that as these wars are all ‘somewhere else’ they don’t have much to do with us. But we would be wrong. Along with countries in Europe and the USA, Britain has been selling powerful arms to many countries, and we have profited from the bloodshed and carnage that goes on. We are in alliance with countries like Saudi Arabia, who buy weapons of mass destruction from us. Then we turn a blind eye as they use them to carry out airstrikes on Yemen. We play a significant role in far too many wars. We do well to remember the false prophets of the Old Testament who ignored their culpability and preached ‘peace, peace’ where there was no peace (see Jeremiah 6:14, 8:11).

The need for comfort

When Jesus spoke words of comfort to his followers in John 14, his words were those they really needed to hear (as do we). Jesus knew his time on earth with the disciples was drawing to an end. He knew he was facing a horrible death on a Roman cross. The combination of a lying religious faction, who didn’t like his teaching because it exposed their hypocrisy, and the weak leader of an occupying power, afraid of unrest within his jurisdiction, meant that justice would not be done. From a human point of view, Jesus was yet another victim of internal conflict, someone who would leave behind loved ones consumed with sorrow. His words, however, became ones the disciples remembered and passed down to us in the Gospels. “Do not let your hearts be troubled,’ he urged at the start of John 14. “You believe in God. Believe also in me.”

In the uncertainty and anxiety that dominated the disciples’ emotions after Jesus’ death, there was one thing they needed most of all. And Jesus offered it to them: “Peace I leave with you; my peace I give you” (v27). The repetition is significant. The first ‘peace’ is something Jesus left with them. He bequeathed it in a sort of last will and testament. It would become their responsibility; in a world of turmoil they were called to be peacemakers, not men of violence or aggression. They needed to cultivate peace for the times of conflict ahead of them. But to do that, the disciples needed the second ‘peace’, the peace that Jesus himself had. This was his personal gift to them. He was telling them they would not work for peace in their own strength but would be empowered through the peace-loving presence of the Holy Spirit. With Christ’s own peace they would be able to face all that lay ahead.

Jesus also reminded them that his legacy is unique. He was not giving to them as the world gives (v27), for the world they lived in was not one of peace. It was a world where the evil one sowed the seeds of discord everywhere, and taught people to lie, hate and ruthlessly destroy. To resist being sucked into violence and aggression, anger and hatred, the disciples needed the peace that passes all understanding (see Philippians 4:7), which only Jesus can give.

We, too, have to recognise that Christ’s peace is very different from the peace that the world offers us today. What counts as peace in the wars mentioned is often simply cessation of violence. Peace can be simply a pause for recruitment – or rearming. It can be battle-weariness, where neither side can win but where more losses cannot be sustained either.

Our homes might lack peace too, if family members live with friction or resentment towards each other, carefully avoiding ‘no-go’ areas where issues have never been resolved. There might be truces, and peace of a kind, but real reconciliation only happens when people open their hearts to each other – so true peace remains far off. Even worse is domestic violence where the victim, whether female or male, feels they are walking on eggshells and living in fear of the next attack. The relationship might be marked by uneasy peace – the perpetrator might show apparent remorse, but the victim knows the cycle of violence only too well. Soon, the tension will build up again, the anger start to show and the abuse erupt in volcanic proportions.

In workplaces and neighbourhoods peace can’t be taken for granted either. Too often peace is kept so long as the party-line is upheld and dissidents are silenced. But this is not real peace; it’s a clamping down on freedom of conscience. Gangs can make the streets unsafe, with knife-crime accounting for an increasing number of deaths among disenfranchised young people. And where people are allowed independence to express themselves, such as on social media, the level of aggression and hostility can be almost overwhelming. Courtesy can go out of the window, bullying becomes the norm, and offensive name-calling or videos can dominate social media postings.

Even churches can’t guarantee peace, for rows break out between pastors and people. Peace that the world gives is not peace at all. It cannot be, because it is not based on freedom, openness and truth. And when we let this kind of ‘un-peace’ into the Church, then we miss out on what Jesus has bequeathed to us.

The way of Christ Jesus

Yet the peace that Jesus gave as a gift to his disciples is available to his followers today. When we learn the power of submission to the truth and ask the Holy Spirit for freedom from fear, then we allow God to direct our hearts and lives towards peace. Christ’s peace was won through heartbreak and sacrifice. Its power was demonstrated by staring the opponent in the face and meeting the grimace of anger with a gaze of love. The peace of Jesus helped his followers to consider one another; it gently replaced the ear of the soldier that a disciple had cut off; it went to the cross rather than to war; it asked for forgiveness for his enemies, even as he was dying in agony.

Christ’s peace grows in us when we follow his way of life. When, rather than insist on our own way, we begin to choose humility and love. His peace does not negate the need for justice. It does not sweep things under the carpet. It doesn’t condone the arms trade, or the oppression of the vulnerable. Nor does it demand that people simply forgive their persecutors. Instead, it exposes the wrong, and calls for justice and change. It walks with those who are damaged by oppression and abuse, accompanying them on the painful journey towards healing.

Jesus is the Prince of Peace and his peace can free us all. It can bring new life into the corners of our world that need it so desperately. Those who live by his peace become beacons of hope in our fractious world. Their lives show us that Jesus gives peace that the world cannot give. And his peace is stronger, deeper and more lasting than any war.