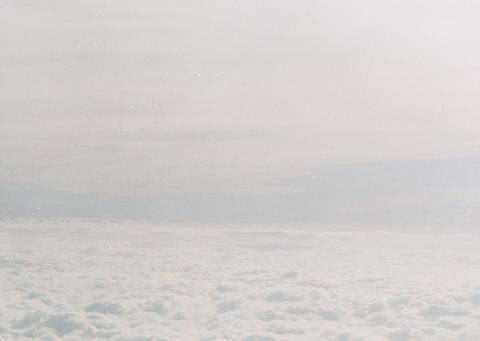 Encounter on a train

I was on a train in London, and saw a homeless man humbly asking people for money. I knew I was supposed to give him some money, but all I had was £20. I asked him what he needed, and he said a job.

He said if I gave him the £20 it would cover shelter and food. I asked his name and if I could pray with him. He said his name was Thomas. He seemed reticent about being prayed for, but said OK eventually.

I just blessed him saying: “God is for you, he sees you, he hears you and he loves you.” Afterwards he said he had been begging for money for two days. He just needed £10. The day before he had got £6, and this day he had got nothing and it was already 5pm.

He said ten minutes prior to meeting me he was cursing God. “And then you showed up,” he said. I told him I believed God loved him and was pursuing him. I invited him to church. I was amazed that my tiny obedience to give and to listen to him allowed this man to turn his posture from disdain to a place of wonder, where he said: “Maybe there is a God.”

Having major cancer was an earth shaker of an experience for me. We knew something was definitely wrong when we were called to see the gastroenterologist. I ensured I forgave everyone who had ever hurt me before that appointment.

Totally unexpectedly, oesophageal cancer was diagnosed. Scans followed, which showed that the cancer had spread. Many think a cancer diagnosis is a death sentence. The oncologist said the aim was to cure me, and I must be hospitalised for two, five-to-six-day courses of intensive 24-hour IV chemotherapy, which would make up approximately 200 hours – with a four-week gap between to recover before surgery.

I lost over 4kg the first week, suffering fungus in my mouth, an inability to swallow, total confusion and dehydration.

During the major surgery, 90 per cent of my oesophagus was removed and 30 per cent of my stomach – its remainder pulled up to near my neck! On the actual morning of surgery, a different surgeon said that he might perform my operation endoscopically. My husband was greatly relieved to learn eight hours later that he had been able to do so.

Managing after my operation was hard. I could only consume small amounts of soup and mashed vegetables. I had to be fed via a tube for months.

Now I have to sleep at an angle, cannot swallow tablets, need prescription supplements but can consume more food. I am grateful to the NHS, family and friends from church who supported me throughout in prayer and practical support. Most of all, I am grateful to God for my life, as I am cancer-free!

Sharing words of knowledge in a coffee shop

I went to meet a friend in a coffee shop in April this year. As we were sitting catching up, we noticed three college-age girls behind us. I had three thoughts pop into my head – dancing, migraines and someone wanting to start a business.

They seemed insignificant and I wondered if I was making them up. But I love the prophetic, and you can only find out if you’ve heard from God if you step out. Eventually I plucked up the courage to speak to the girls. They were really lovely, and I shared the migraine word – none of them responded initially.

Then I mentioned dancing, and one of the girls lit up, and said: “Oh that’s me, I love dancing!” I didn’t have anything more, but just said: “God wants you to know that he knows you and he loves that you love dancing; keep enjoying it.” Then I brought the word about starting the small business, and one of the other girls said: “Oh that’s me, I am an artist and I really want to paint and start my own business and get my artwork in a gallery.”

I had no more for her, but just said: “Again, God wants you to know he knows you and loves the dream, so go for it.” Then the third girl piped up and said: “I’ve had a headache today; I’ve got one right now.” I asked her how painful it was out of ten, and she said five out of ten.

So I offered to pray for her and, when I did, she said it started to soothe. The kindness of Jesus amazes me. I had felt I had nothing of any relevance, was very fearful and brought what I thought was an offering of tiny crumbs.

But when it came to it, I had something for each of the girls that allowed them to know that God saw them and loved them. God is very kind and really wants to speak and reveal himself to people.

I was temping in Birmingham for four months in 2015. One evening as I left work I drove past Pineapple Road. I chuckled at the name, but then felt the Lord say: “One day you are going to live on Pineapple Road.”

The first weekend I was there I ventured to church and at the end of the service a girl came bounding up to welcome me. She was so friendly, and it turned out she was going to be taking part in a missions scheme that I was helping to run.

That was amazing in itself. Then she asked where I was staying, and I told her I was looking for somewhere. She said: “We have a room coming up in our house, would you be interested?”

I said yes, and asked her where it was. “Pineapple Road,” she said. I couldn’t help laughing. I ended up living there for two years and the friendships I had with the girls in the house were incredible; one of them is still one of my closest friends. I love how God reminds us that he goes ahead of us, and has good plans for us.

Testimonies are an important way of encouraging each other in faith and we’d love to hear your personal experiences of God, whether that’s a miracle story or Jesus standing with you in the storm. Email us womanalive@premier.org.uk