Reflections from a 9/11 survivor: 'Just three hours had passed since the first plane hit. Three hours of sheer terror’

Traumatised by the events of 9/11, Christina Ray Stanton has since developed a deeper relationship with God and a new desire to care for those in need 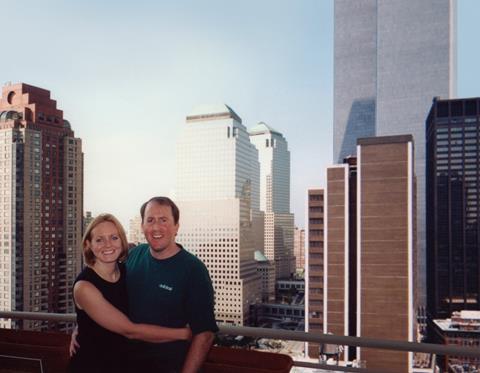 As our boat sailed across the Hudson, I turned toward the downtown Manhattan skyline. A dust cloud hovered over the spot where the Twin Towers had once stood. I knew people were still stuck there, covered in gunk, dodging smoke, desperately searching for a clear air pocket and a way to safety.

I knew that’s what they were doing because that’s what my husband Brian and I had been doing just a few minutes earlier. We had rushed from our apartment building, six blocks from the World Trade Center, after watching the second plane crash into the South Tower. Panicked, I galloped down 24 storeys, barefoot and in my pyjamas.

Just three hours had passed since the first plane hit. Three hours of sheer terror that seemed like three lifetimes. We had not been sure we would survive.

We were dropped off in New Jersey – filthy, traumatised, and with little understanding of what had just happened to us. I was overwhelmed to the point of despair. The few people we passed on the street either stared at us or quickly looked the other way, except for one beautiful soul who saw our desperation and invited two grungy strangers and their grungy dog into her apartment for water and a restroom break.

Eventually, we huddled with dozens of others like us on a lawn, where we traded ideas about what to do next. We knew we were the lucky ones – the ones who had survived – but most of us had fled with only the clothes on our backs. No one knew when we could go back home – or if we still had a home, since the falling towers had registered as an earthquake and had potentially shaken residential buildings off their foundations.

I spent my days searching donation depots, collecting clothes, toiletries and food that had been donated by countless New Yorkers who wanted to help. I was grateful for their generosity, but since the attacks had left us unemployed as well as homeless, I wondered if trudging to donation sites would become our new normal. 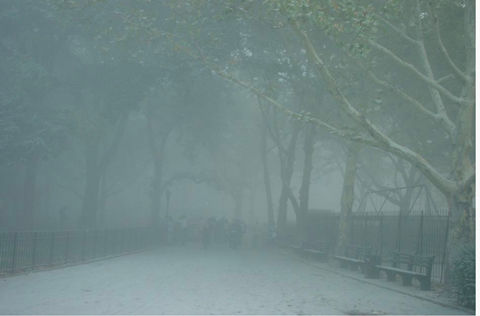 Brian and I both began exhibiting signs of post-traumatic stress disorder (PTSD). He slept around the clock, and I couldn’t sleep at all. In perpetual fight-or-flight mode, I jumped at the slightest noise. I talked non-stop and became very irritable. I felt paranoid, wondering if terrorists were lurking in every corner.

Our recovery was helped in more ways than one by caring connections at Redeemer Presbyterian Church, who offered financial aid when we were at our lowest. Even more importantly, the aid workers at Redeemer listened intently as I vented my sorrow and frustration. They bore witness to my pain and validated my experience. And they cared. As I walked out the door at the end of our meeting, something shifted inside of me. I felt hope. That simple act of Christian mercy had begun the process toward restoring my faith in God.

Brian and I began to worship at Redeemer, eventually making friends, joining Bible study groups, engaging in church activities and volunteering with outreach programs, leading us into a deeper relationship with Christ.

Over the years, as I struggled with my PTSD and my memories of 9/11, I realised how transformative it had been for me to be able to speak about my experience to someone who listened and cared. I wanted to pay it forward, and I developed new passions for social justice causes I hadn’t paid much attention to previously.

Even though I’d spent only two weeks being displaced, I was surprised at how troubling it had felt, so I spent time with Christian organisations helping the homeless and refugees. I became director of missions at my church and assembled teams to help in the aftermath of natural disasters overseas. I began a Thanksgiving dinner drive in the Bronx to provide a special meal for families in need.

Brian and I founded a non-profit organisation to give us a wider platform to address injustice, which brought our 9/11 experience full circle. I know that in this broken world, injustice and suffering will be a constant presence. But as I look back on the past 20 years, I realise that all our current endeavours and blessings are a direct result of experiencing God when he met us at our lowest point. 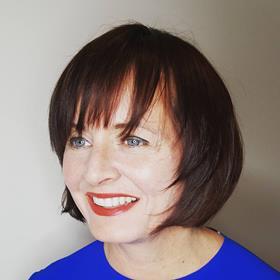 Christina is a licensed New York City tour guide specialising in 9/11 history. She and her husband Brian founded Loving All Nations, a non-profit that cares for the world’s poor and vulnerable, in 2017. Her book, Out of the Shadow of 9/11: An Inspiring Tale of Escape and Transformation is available worldwide. Visit her website to find out more.

First Image: Two weeks before the attacks, Brian and Christina standing on their 24th-floor terrace

Second Image: Trying to find pockets to breathe in a dust-covered Battery Park