Some animal lovers were delighted when Pen Farthing chartered a private plane to rescue 94 dogs and 74 cats from Afghanistan, but Rachel Pearce questions whether prioritising animals over humans is hugely heroic or incredibly selfish 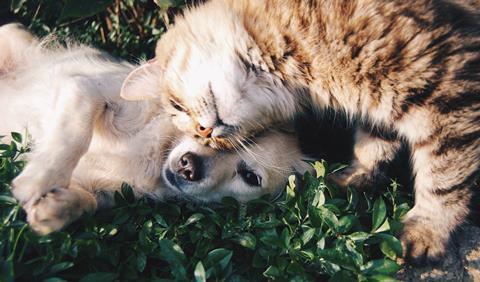 Former soldier Paul ‘Pen’ Farthing set up an animal shelter in Kabul when his active service in Afghanistan came to an end. Rescued from the streets, many of these cats, dogs and donkeys became valued companions to those still serving in the armed forces. According to some reports, Mr Farthing put his own life at risk to save these animals, refusing to leave the country until he could guarantee them safe passage home.

This all sounds terribly noble, doesn’t it? And even more so when we hear that he arranged for the animals to be quarantined and looked after by UK-based animal shelters before beginning new, happier lives on British soil. What a guy!

It’s also worth noting that the animals rescued were placed in the hold of the plane, where people could not have been stowed, so no real harm done… right? And on top of all that, Mr Farthing single-handedly took on the Taliban to get his animals through security. ‘Nobody in the British government facilitated my entry into that airport,” he told Good Morning Britain. “I did that with the Taliban.” I know what you’re thinking – he’s more David taking on Goliath than Noah taking on a measly downpour.

A new level of selfish

But as with every balanced argument, we have to give space to the naysayers; to those who would criticise the actions of Mr Farthing and his furry friends. What Mr Farthing forgot to make clear was that he was the only human passenger on that flight. Which means there were empty seats on one of the last planes to leave an airport that had just been attacked by a suicide bomber. An airport people were so desperate to leave that some fell to their deaths as they clung to departing planes.

Let’s also remember that Mr Farthing reportedly spent an inordinate amount of time bullying British government staff to get his animals – and himself – out of the country. Time that could have been spent helping British citizens (around 150 are still believed to be in Afghanistan, including members of his own staff) and others whose lives were in imminent danger to escape. And following a leaked recording of an expletive-filled rant in which he threatened to “destroy” a Ministry of Defence aide in his quest for furry freedom, he more closely resembled the David who plotted against Uriah than the brave shepherd-turned-warrior-king.

And then there’s the issue of settlement. Mr Farthing’s beloved animals have swiftly been taken in hand, presumably with a view to being offered a blissful new life with loving families around the UK. But what of those who have been forced to leave everything – including their own pets – behind? Will he devote as much energy to ensuring the Home Office deploys more staff to swiftly sort the paperwork backlog so they can begin new lives here without a constant fear of being sent back to the land of their worst nightmares? Will he offer any of these destitute people shelter himself?

I think it’s fair to say that ark has sailed.

UPDATE: We were delighted to hear that 68 people (including staff members and their families) have now been evacuated (13.09.21)

Rachel Pearce is an animal admirer, a people lover and a Jesus worshipper.