Our Queen: 70 years of faith and service

As we enter the Queen’s Platinum Jubilee, Catherine Butcher shares her discoveries about the Queen’s faith and invites us to join in with this year’s celebrations 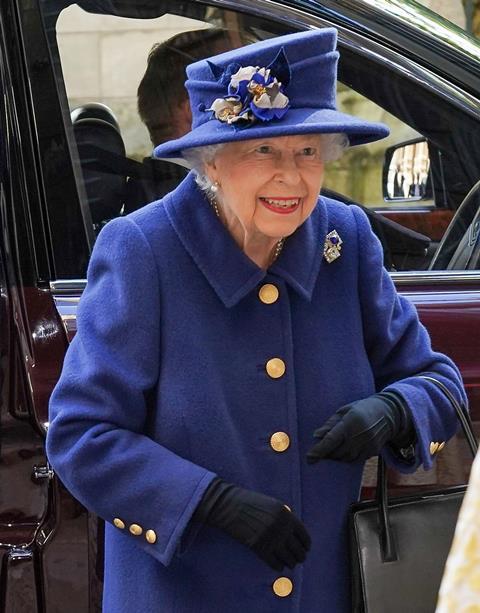 HM Queen Elizabeth II arrives to attend a Service of Thanksgiving at Westminster Abbey in London to mark the Centenary of the Royal British Legion.

At the end of the year 2000 the Queen’s Christmas broadcast to the country and Commonwealth caught my attention. In a speech that summed up Jesus’ life, death and resurrection, she said: “For me the teachings of Christ and my own personal accountability before God provide a framework in which I try to lead my life. I, like so many of you, have drawn great comfort in difficult times from Christ’s words and example.”

I knew the Queen had a formal role as the Head of the Church of England, but that speech spoke openly of a deep, personal faith.

The next year, on a family visit to the Tower of London, I was struck by the fact that the Crown Jewels are covered in crosses: the crosses on the crowns, orb, sceptre and ring speak symbolically of Christ’s reign over the earth. With the Queen’s Golden Jubilee approaching I got together with some creative friends to prepare Golden Jubilee assemblies for local schools. A biscuit tin made the perfect base for a very realistic crown; a velvet curtain became a royal robe and a gold-painted ball became an orb, all surmounted by crosses. The assemblies we led aimed to help children understand the significance of the cross and the Queen’s Christian faith.

Ten years later I was working for HOPE Together when we came up with the idea for a Diamond Jubilee New Testament to help churches point people to the “most valuable thing this world affords” (the words used in the Coronation ceremony to describe the Bible). I used the Golden Jubilee research to write eight pages with pictures and captions to highlight the Christian themes in the Coronation. In a matter of weeks more than 750,000 copies of the special commemorative New Testament were bought in bulk by churches to give away during the celebrations.

The next venture, the gift book The Servant Queen and the King She Serves, was a collaborative effort between HOPE Together, Bible Society and LICC for the Queen’s 90th birthday in 2016. To our amazement, the Queen agreed to write the foreword to this illustrated book about her faith. A total of 1.3 million copies were sold, mostly in packs of ten for £10, which made it an easy gift for churches to give away as they brought their communities together for the royal birthday celebrations. National events provide great opportunities for churches to serve their communities. In my town we held a street party and gave away 2,000 copies of the book to onlookers at a Queen’s birthday parade.

HOPE’s plans for a Platinum Jubilee tribute to the Queen began in 2019 and I spent the last day before the March 2020 lockdown in Lambeth Palace Library studying a little-known book of devotions, written by Archbishop Geoffrey Fisher to prepare the Queen for her Coronation. Apparently only six copies of the book were ever printed. Bound in black leather, the Little Book of Private Devotions includes short, daily meditations with Bible readings and prayers from 1 May to Coronation Day 2 June 1953. Prayers for the Queen to say, such as: “Come Holy Spirit, and daily increase in all of us, and in me thy humble servant, thy manifold gifts of grace; the spirit of wisdom and understanding; the spirit of counsel and ghostly strength; the spirit of knowledge and true godliness, and fill us, O Lord, with the spirit of thy holy fear, now and for ever. Amen.”

And words to meditate on: “By the anointing God makes, blesses, and consecrates me Queen: and I am till my dying day ‘his anointed servant’. In the anointing God creates a new relationship between himself and me, giving me for my use in this office just those resources of his divine grace which I need to dispose hands and heart and mind to do his will.”

As the extended Platinum Jubilee bank holiday weekend 2–5 June 2022 includes Pentecost Sunday, the theme of anointing for service has inspired a new Platinum Jubilee anthem ‘Rise up and serve’, which HOPE is encouraging churches to sing at the events celebrating the Queen’s 70 years of faith and service. (See box for other ideas on how to celebrate.)

Looking to God for wisdom

Service to the country and Commonwealth has been the hallmark of the Queen’s 70-year reign. In her 21st birthday address Princess Elizabeth, as she was then, asked for her people’s support and God’s help: “I declare before you all that my whole life whether it be long or short shall be devoted to your service…God help me to make good my vow, and God bless all of you who are willing to share in it.” 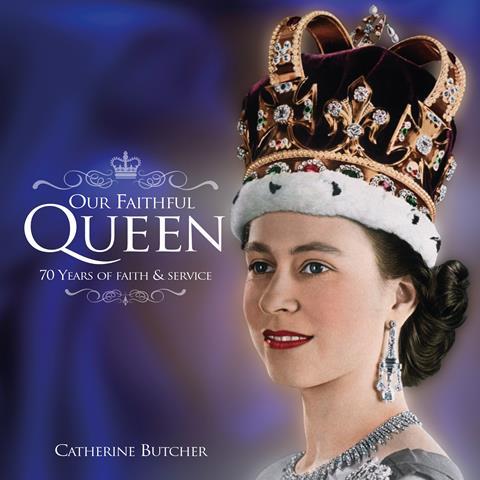 In her first Christmas broadcast in 1952 she re-emphasised her dedication and asked for prayer as she approached her Coronation: “Pray that God may give me wisdom and strength to carry out the solemn promises I shall be making, and that I may faithfully serve him and you, all the days of my life.”

It is a prayer God has answered.

Not everyone is a fan of the royals, but the Queen deserves our respect for her life of duty and service. As a Christian, she has lots to teach us about putting faith into words in natural ways that frequently point us to Jesus, and into action in her work to bring peace and reconciliation close to home in her own family as well as between nations.

The Queen reminded us, in her 2016 Christmas broadcast, that: “Jesus Christ lived obscurely for most of his life, and never travelled far. He was maligned and rejected by many, though he had done no wrong. And yet, billions of people now follow his teaching and find in him the guiding light for their lives. I am one of them because Christ’s example helps me see the value of doing small things with great love, whoever does them and whatever they themselves believe.”

May we follow Jesus’ example this Platinum Jubilee Year, and for the rest of our lives.

Here are some of the resources HOPE Together is providing for individuals, churches and communities to utilise as they celebrate the Queen’s faith and service this year. hopetogether.org.uk

• Our Faithful Queen – a gift book using rarely seen prayers the Queen used as she prepared for the Coronation, published by HOPE Together and Biblica in January 2022.

• A Happylands animation and book The Girl Who Grew Up To Be Queen for under-fives is to be published by HOPE Together in partnership with The Entertainer and Hope for Every Home.

• A new anthem ‘Rise up and serve’ written by contemporary hymn writers Graham Kendrick and Rend Collective for choirs to sing as part of the celebrations.

• A YouTube video, from the team that brought together ‘ The blessing’ during lockdown, featuring choirs from around the Commonwealth singing the new anthem.

• 70 Acts of Service – an invitation to communities to celebrate by serving others with 70 community service ideas drawing on Stewardship’s 40 Acts.

• On Her Majesty’s Service for 11–14s – youth organisations, schools and uniformed organisation are involved (Pais, CofE, Youth For Christ, Youthscape, The Message, Prayer Spaces In Schools, Girls Brigade and Boys Brigade). Resources include ideas for action and videos to use.

• Your Street Party Planner – ideas and plans for fun-packed community events developed in collaboration with the Methodist Church and HOPE Together.

• theplatinumjubilee.com – a dedicated website with all the ideas and resources you’ll need to bring your community together to celebrate.