We had a set timeline for having a family, but God had other plans and he communicated them very clearly

Laura Grant and her husband had planned to wait two years before trying for a baby until someone challenged her to ask God if and when he wanted their family to grow.

My husband, Ciaran, and I had been married for about a year when we went to a friend’s house for dinner. They were talking about the story behind having their twins. My friend said her mentor said to her: “Have you ever thought that God might be asking you to partner with Him having kids, not just when you are ready?” 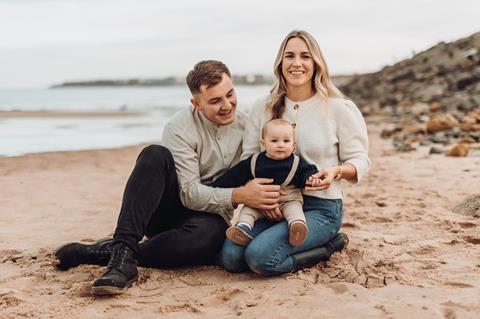 Laura, Ciaran and baby spending time on the beach

I felt really challenged and so did Ciaran. We had planned to wait two years before trying for kids. It was all laid out in my head, but it was all my plans, not necessarily God’s plans. When we got home we thought, bringing life into the world is one of the biggest things we can do, why don’t we ask God about His plan for the timings.

We wanted to travel before having kids, but we decided to pray, to ask God when he wanted us to start trying. Both of us really felt God say yes to having kids now. We were not expecting it, and it wasn’t what we wanted.

We prayed again, asking when, and Ciaran got a specific date. I remember thinking it was a bit weird, and was not really sure if I believed it. We asked God to confirm it, and instantly I thought about the period tracker on my phone. I checked it, and the exact date that Ciaran had said, was the date that I was ovulating. We felt that was a confirmation from God. But, as it felt such a big deal to have a baby, I asked for three other confirmations from God.

My friend said her mentor said to her: “Have you ever thought that God might be asking you to partner with Him having kids, not just when you are ready?”

Within the week we had three confirmations. Someone sent us a Bible verse, and the second part was about having kids, then someone sent a card saying they felt I might be physically pregnant soon and the third was another verse. They were all within seven days. So we said: “Ok God, this is big and scary, but we want to be obedient to your word and what you have asked.” So we started trying.

Within the first month we had a word from someone when we were on a church Zoom call. They said: “You are going through something with God, and he is saying it will be red, amber, green.” I turned to Ciaran when we were on mute, and said: “I really feel that is God saying it will be three months.” Low and behold the first month, we took a pregnancy test and it was negative. On that day someone texted us with a verse they felt was from God for us. It was a verse that spoke directly to us about having children.

Then the second month we took a pregnancy test and it was a no again. When we checked the first pregnancy test, it would have been so scary if it was positive, we just were not ready for it. By the second pregnancy test we were so excited for it to be positive, but it was negative again, which was a bit of a blow. Again, someone sent a prayer over to us, which was basically God holding our hands, walking us through not being disappointed. Then the third month, to be pregnant was all we wanted, and it was positive. It was so funny because it had gone from being God’s heart’s desire, to our hearts desire in three months. 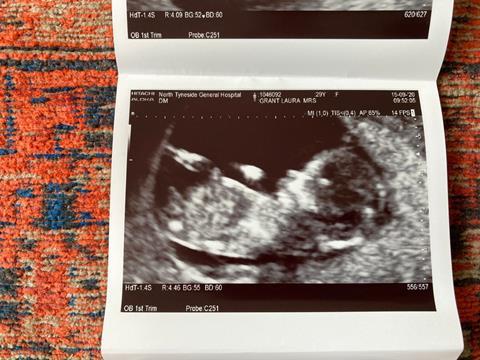 When I was two months pregnant, I suddenly got really bad pains in my stomach and I started bleeding. In my family we have had a lot of miscarriages, so I have always had a narrative in my head that maybe it would be the same with me. I accepted I was having a miscarriage. We were with friends who were driving us to hospital, because I was in a lot of pain. They said: “Absolutely not! Why are you willing to accept this? You need to fight for this. God has given you a promise, declare it, declare it, declare it! All God’s promises are yes and amen!”

So we started praying in tongues in the car as we were driving to A&E. We were proclaiming all the promises and words – saying: “God you gave the green light, you have given life to this child.”

It was so funny because it had gone from being God’s heart’s desire, to our hearts desire in three months.

We were praying in the waiting room under our masks, and suddenly I felt a heavy sense of peace. I stopped, and I heard the words: “It’s done.” I turned to Ciaran and said: “It’s done, it’s finished, we don’t have to keep praying. Whatever is shifted in the spirit has happened.”

From that moment, the pain stopped. When they checked me later on, the bleeding had turned brown, so it was oxidised, old blood. The pain and the bleeding stopped at exactly the same time, and I was healed in that moment. When they did the scan, they saw there was a big haematoma next to the embryo. The doctor said there was a fifty/fifty chance I would keep this baby. I just thought, no, I know it will be completely fine. I had never been so sure.

Every time we went to the hospital scans the haematoma had shrunk a bit more and a bit more. Ezra was born in April 2021, and he is perfect. I have never experienced healing like that, but also never walked through a promise that God has given - with him holding my hand so tightly, and constantly affirming us in the low points of the journey, it was amazing.

Laura GrantLaura and Ciaran Grant live in Whitley Bay with their baby Ezra.