Valentine’s Day shouldn’t be in church - it’s a social and commercial event, not a spiritual one

On the day that is designated to celebrate love, Lauren Windle explains why she is all for Valentine’s Day but thinks it should be kept out of our places of worship. 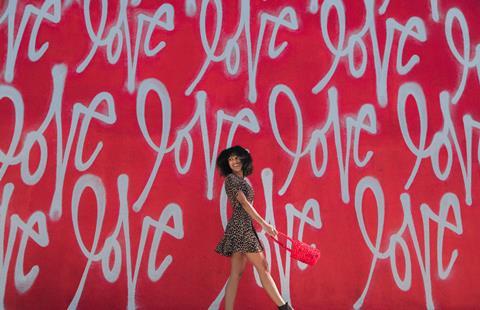 You may be surprised to hear that I love Valentine’s Day. I’m rarely dating anyone when it comes around and even when I have been it’s not resulted in any thoughtful gifts or lavish dinners. But I am a person who like to celebrate life in its fullness. And romantic love, for a lot of people, is a part of life. Although my married friends may argue it doesn’t always feel that romantic.

Some people say: “I don’t need Valentine’s Day, I shower my partner with appreciation every day.” Well, if that is genuinely true then I salute you, and want to know how you have so much time. But the reality is that we often let the mundanity and routine of life override the affection we mean to show, and that’s why I think the annual reminder to celebrate your partner is no bad thing.

There are a few things I’m not on board with though. Firstly, you don’t need to break the bank to observe the day. It doesn’t have to be jewellery and Champagne, taking the time to have dinner just the two of you or leaving a nice note on someone’s pillow is sufficient romance in my eyes. Second, it’s not just men who have to be nice to women on Valentine’s Day, it’s a two-way street. Third, restaurants on Valentine’s Day are three to four times worse than on a regular night and probably three to four times more expensive. Save yourself the trouble and stay at home. Finally, it has no spiritual context and doesn’t need to be recognised in church.

Many churches have a history of idolising marriage and setting it as the goal for single people.

Many churches have a history of idolising marriage and setting it as the goal for single people. That’s just not biblical. I believe God loves and blesses marriage (Genesis 2:18) but he also blesses those who choose to stay single (1 Corinthians 7:8). Rather than asking ourselves who we’d like to marry, the first question should be: “Do we want to marry at all?”

There are so many perks to being single, both worldly and spiritual; like more freedom to make plans without checking with another person, making your own financial decisions without accounting for another, and being fully focused on the work of God and your relationship with him, rather than with your husband or wife.

It’s our love for God, and his outrageous love for us, that is the only relationship worth glorifying.

That’s not to say we shouldn’t celebrate those who choose marriage – we should. It’s not the easy road, it requires constant work and investment. But we can honour all types of love today and not glamourise one in particular. At the end of the day it’s our love for God, and his outrageous love for us, that is the only relationship worth glorifying.