According to the UN, the unprecedented displacement of millions of Ukrainians is “turning into a human trafficking crisis”. Now International Justice Mission (IJM) has warned that things are set to get worse for women and children as their resources run out and the risk of trafficking increases. 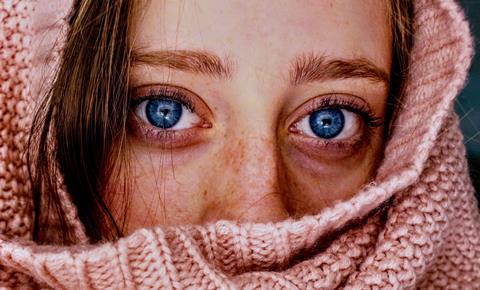 Many refugees are starting to run out of income and savings, with a large number unaware of their right to protected status which entitles them to work, healthcare and financial support within Europe. This creates an easy target for traffickers already operating throughout Europe, who can coerce refugees with false offers of work, accommodation and money. Urgent intervention efforts are needed now, before it’s too late.

According to the UN, the unprecedented displacement of millions of Ukrainians is “turning into a human trafficking crisis”. Since the start of the crisis, many refugees have been desperate for shelter, transport and work - while travelling through historically high-risk recruitment corridors for human trafficking. This means the traffickers who already operate in these areas have many more potential victims – particularly women and children.

The traffickers who already operate in these areas have many more potential victims – particularly women and children.

Threats to refugees have now largely moved beyond crossing borders. Many refugees are now finding their funds exhausted, often having left behind jobs, businesses and partners in Ukraine. Previous sources of income are drying up or no longer exist. Some refugees are unaware of their legal right to work through applying for protected status, meaning that they are susceptible to false offers. Protected status also entitles them to medical and financial support, both of which are barriers to exploitation as they reduce financial hardship; without these barriers, vulnerability grows. IJM has seen many refugees suffering from extreme trauma – particularly those who have fled more recently, who often have more complex needs and have spent longer periods of time within or near active conflict zones. These factors leave refugees disoriented at a greater level of vulnerability to recruitment by traffickers.

Traffickers use several recruitment methods for targeting vulnerable individuals, including making false offers of work via social media, and deceiving victims by making them believe they are in romantic relationships with the trafficker. Once recruited, victims are often moved across borders for exploitation in Western Europe, including the UK, where they are sexually exploited or forced into labour exploitation. IJM has supported UK police in multiple cases to bring trafficking victims to safety from Ukrainian border regions and is now calling for increased support for early intervention efforts to ensure refugees do not fall into similarly exploitative situations. In most cross border cases that IJM has supported, exploitation surfaces months after initial recruitment and so it is critical that we are prepared now.

Victims are often moved across borders to Western Europe, including the UK, where they are sexually exploited or forced into labour exploitation.

IJM has partnered with authorities, shelters and volunteer groups in Romania since the start of the crisis to raise awareness of risks, provide safeguarding training, and connect refugees with vetted shelter, accommodation and legal advice. Similar action must now be taken on a greater scale across Europe to prevent traffickers recruiting new victims.

Shawn Kohl, Director for Central and Eastern Europe, International Justice Mission, said: “We need to reach refugees before traffickers do – and with savings starting to run out now and women losing income sources, we are currently in a critical window of opportunity to act. It is vital that protection for refugees is scaled now so that, in the months to come, we do not see significant increase in trafficking cases because of delayed action.”

While David Westlake, CEO for IJM UK, said: “It is essential that we act now to protect refugees from trafficking. IJM has been at the border and beyond since the crisis began – and we cannot stop now, when the need is changing and many refugees are at risk. For the past two years, IJM has successfully partnered with authorities across Europe to prevent trafficking, bring victims to safety and hold perpetrators to account. Protection must now be scaled up across Europe to ensure we stay one step ahead of the traffickers.”