The latest research from the Marriage Foundation that shows that even those who aren’t Christian are more likely to work on a relationship if they have cemented it in marriage. 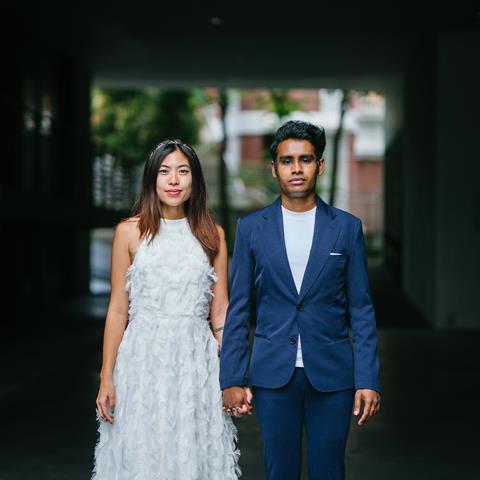 While we know that churches hold marriage in high esteem, we might assume the general public doesn’t really care so much about tying the knot. But new research from Marriage Foundation, which took a cross-section of society in its latest study: “Would you still be together if you hadn’t got married?”, reveals this isn’t the full picture.

The study spoke to 2,000 married adults aged 30 and over. Nearly four in ten (37 per cent) of those married for three years said it had helped them stick together, and almost one in three (30 per cent) said the same thing after ten years.

Marriage Foundation’s research director Harry Benson said: “These figures show the clear beneficial effect of getting married, which for the first time we have been able to quantify through ground-breaking research and analysis. It also helps put a sword to the lie that it doesn’t matter, because as we see, for a sizeable proportion, tying the knot seems to have both a stabilising effect on their relationship and leads to happier couples.”

The foundation has found that three factors improve both stability and satisfaction within marriage:

Benson said: “It is possible to find some, even very occasionally all of these important factors in other forms of relationship, but our research suggests they are more closely associated with marriage. This helps to explain why so many couples say getting married has helped them to stick together and has even made them happier.”

As we counsel couples before marriage, my husband and I always discuss the importance of having a clear plan for the relationship; without one it is far too easy to drift. In the circumstances we found ourselves in, our own marriage suffered for lack of vision. In fact, just over a decade into our marriage, I felt our relationship had come to an end. In reality there was too much that held us together – too much of ourselves and God tied up in it. And, today, with the difficulties we have been facing as a family, I am absolutely convinced that our marriage is the bedrock that is holding us together when all around us the storm is raging.

I always discuss the importance of having a clear plan for the relationship; without one it is far too easy to drift.

While nearly half of those questioned for the study felt they would be together whether married or not after ten years, it is still a cause of celebration to read results that show the impact marriage is having within our society.

The Marriage Foundation indicates that marriage is statistically three times more likely to succeed than informal cohabitation. While we can be dismayed by the rise in cohabitation and the downplaying of traditional marriage values within our culture, it is heartening to hear that a good proportion of married couples are aware of the solidifying benefits of the marriage relationship. As Christians we know that God’s ways work; it is great when others discover the wisdom behind his design too.

As Christians we know that God’s ways work; it is great when others discover the wisdom behind his design too.

So let’s take time to remember and celebrate the benefits in our own marriages, particularly if times are tough. And let’s thank God for his beautiful design for the marriage relationship and the positive impact it has on the community around us.

You can read more about the Marriage Foundation study here.