The shocking documentary exposes a conman who manipulated women into giving him thousands. Writer Lauren Windle explains why it would be foolish for Christians not to heed the warning. 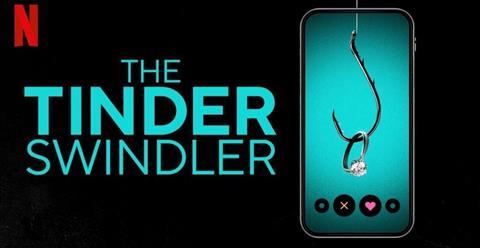 The new Netflix documentary is a shocking example of fraud

“I thought it would be fine… he’s a Christian.”

I’ve said it myself and heard it plenty more times. In an ideal, unfallen, heaven-like world we would never need to make decisions to protect ourselves. But sadly, this side of glory we all carry brokenness and some people’s brokenness can do deep damage to others.

It’s safe to say that just because someone says they are a Christian on a dating app doesn’t mean that they conduct themselves in the way that reflects Christ. Some people may confuse having been Christened or going to a Church of England school with having an active relationship with Jesus. You just never know.

I was thinking about how little we really know other people, particularly those we meet online, as I watched Netflix’s new documentary The Tinder Swindler. It is a jaw-dropping story of deception on the part of a man who met women on a dating app and conned them out of hundreds of thousands of pounds before ditching them completely, leaving them with immense heartbreak and debt. His ruse was intricate and co-ordinated and incredibly cruel.

As I watched it I thought: “Thank goodness I’m not on Tinder and I only date Christians. You wouldn’t get this from a Christian.” But do you know what… you definitely could.

Just because someone says they are a Christian on a dating app doesn’t mean that they conduct themselves in the way that reflects Christ.

Aside from people claiming to be Christian without understanding the depth and transformational nature of having a faith, there are Christians who do terrible things.

One woman, who I won’t name, signed up to a Christian dating site a few months after coming to faith only for the first profile she saw to be a man who sexual assaulted her a year prior. I’ve heard of people who play the drums in church on a Sunday forcing themselves on women, not taking no for an answer and justifying their actions by saying that: “Even though she was saying no, she enjoyed it.”

It’s not just men. While a woman is far less likely to be physically or sexually abusive, much like in The Tinder Swindler, there are women who seek out vulnerable men in order to extort money from them.

We have to be wise to that fact that app manufacturers can only do so much to keep us safe.

This is not an attempt to scare people into disconnecting their phones and staying at home with tin foil on their head to avoid the internet. I think online dating has done a great job of creating options for us and helping us build connections. But we have to be wise to that fact that app manufacturers can only do so much to keep us safe. As Christians, we also have to recognise that people publicly declaring their faith does not ensure their good behaviour. We still have to take all the same precautions we would if we were meeting a total stranger; meet in a public place, make sure people know where you are, leave the second you feel unsafe.

It’s desperately sad when dating, something that is supposed to be so fun and exciting, goes wrong. And by urging people to be wise, I don’t want to victim blame at all. If someone mistreats you, that is on them, whether or not you were vulnerable due to your decisions, does not make you partially to blame. Opportunity is never an excuse for crime. Just don’t assume that someone is safe because they ticked the “Christian box” on a dating app.