Ncuti Gatwa is the new Dr Who - but does the Time Lord know his Lord and Saviour?

Ncuti Gatwa has been named the next Dr Who - the first black, gay man to be given the prestigious role. But is the young star a Christian and what is his faith like? Lauren Windle explores the Time Lord’s relationship with the Lord our God.

The makers of cult classic Dr Who just announced that Ncuti Gatwa will be the next actor to take on the prestigious role. The first black, gay man to play the eccentric Time Lord, he will be taking over the tardis from Broadchurch’s Jodie Whittaker. The charismatic young star has been catapulted into the spotlight but what does his faith look like? 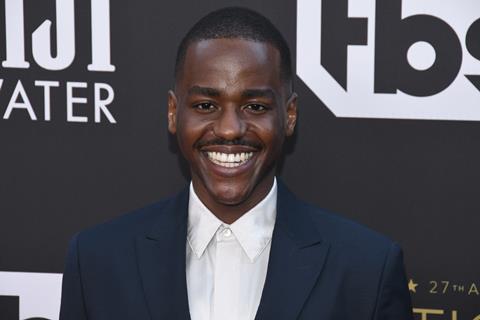 Ncuti shot to fame on Netflix’s racy show Sex Education. He played Eric Effiong, an out, proud and gay teenager, whose Ghanian-Nigerian family were concerned about his wellbeing. While Eric’s family are West African, Ncuti actually comes from Rwanda. But they were both raised in Christian families. As a boy he went to church and Bible study as his father was a minister.

Ncuti and his family fled the genocide in Rwanda in 1994 and moved to Scotland. His mother raised him and his two siblings despite arriving in a country where she had no money, no grasp of the language and no connection to the culture. Speaking to the Guardian in 2020, he said: “As cheesy as it sounds, I’ve been watching strength from young. My mum has dealt with so much s***.”

He was raised a Christian and encouraged to study the Bible but confesses that he lived a double life as a teenager, where outside of the home he rebelled. Ncuti said: “I was a wild teenager. Drinking, smoking, being in places you shouldn’t have been. Sneaking out of my house.”

He and his family lived in university accommodation as his father studied for a PhD in philosophy and theology. Sadly, after receiving his doctorate his dad was forced to leave the family and relocate to Cameroon as he wasn’t able to find any work as an academic in the UK. Ncuti described the act as “an amazing sacrifice”.

A lot of times in black church communities, people are scared – it’s not what they are feeling towards their child, but what aunties are gonna say, what uncles are gonna say.

In an interview released yesterday with the same paper Ncuti confirms that he still has a faith, but said he was: “not the biggest fan of organised religion.”