Is the Royal family still relevant to Britain or has the drama of The Crown put us off?

The Royals are never out of the news; with allegations of sexual abuse against Prince Andrew, a fascination with Kate and Wils’ parenting choices and the fractured relationship between Harry and the clan. With all this drama, journalist Phoebe Simcock asks if the Royals are still relevant to modern Britain. 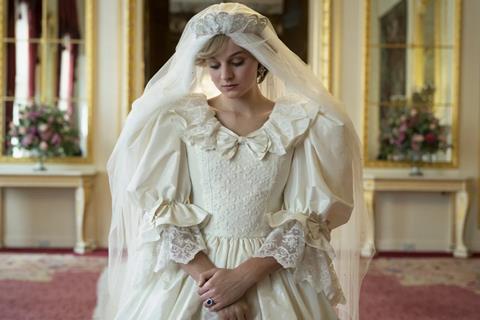 The Royal Family are a diverse bunch, some providing comedic value and others offering a more relatable approach to life. Both the late Prince Philip and Prince Charles became the butt of online jokes and memes for their occasional missteps and poorly-considered remarks.

The younger members of the family are far more clued up on subjects affecting modern life, like the environment and sexual health. Saying this, they still get it wrong – remember Meghan Markle’s banana messages for sex workers, and Kate Middleton’s inappropriately expensive outfit at a COP26 gathering? Sometimes it feels like the Royal Family are one step behind reality.

In the past, the Royals provided a glamourous and untouchable lifestyle that drew women in as a Disney Princess fantasy. But as you delve deeper into the lives of the famous family, it becomes clear that it is nothing but a fantasy.

The Queen is viewed by many as a stabilising force in a time when politicians have come and gone like they’re caught in a revolving door. Globally the British monarchy has become a symbol of aristocracy and tradition, with plenty regarding them with wonder and some even idolising the family.

The Queen’s job is not easy. Despite her tight-lipped, stoic responses, it’s clear she holds her faith close to her in everything she does. This, for me, is the real jewel in her crown.

It could be argued that The Queen has had a more difficult life than others as she was thrust into a position that she wasn’t prepared for. However, she has never had to queue in the Job Centre, fight for a leak to be fixed in her children’s bedroom or lie awake worrying how she’ll afford to feed her family. It can feel unjust that those who work a gruelling five or six-day week are in a less beneficial position than the likes of Prince Andrew, who has been thrust into the limelight for allegations of sexual abuse.

It’s clear the Queen holds her faith close to her in everything she does. This, for me, is the real jewel in her crown.

Netflix’s The Crown (2016) offers a previously unseen perspective on the events leading up to the death of Princess Diana. And their interpretation is damning. In a statement the streaming giant explained that the series was not expected to be completely true to life. They said: ‘We have always presented The Crown as a drama and we have every confidence our members understand it’s a work of fiction that’s broadly based on historical events.

But despite the clarification, we can’t help but be influenced by their representation. Like any other series, we choose our favourite and least favourite characters and follow the ‘soap-esque’ gossip. It’s easy to forget that this is based on a real family who are highly influential in our culture and in policy.

The show shone a light on the human side of the monarchy which, as with all humans, is deeply flawed and broken. This caused some of us lose respect for the majority of the family. For me, I find it hard to sympathise with anyone in their position when unemployment is rising rapidly throughout the UK.

On the flip side, the worldwide popularity of the series, does add to our neighbours’ interest in Britain and the Queen is a huge draw for visitors, bringing in a mammoth amount of money from tourism.

The Crown shone a light on the human side of the monarchy which, as with all humans, is deeply flawed and broken.

It is tempting to feel disassociated with the Royal Family, and no interview with Oprah or pictures of Kate shopping in ASDA is going to change that for me. The Crown solidified the family as characters in a macabre sitcom – erratic and uncompromising. My main question after watching the series is; what could they possibly do to gain universal approval? I’ve concluded that the monarchy is much like marmite. Maybe it stands in a similar jar and divided opinion is sometimes best left divided.

Phoebe SimcockPhoebe Simcock is a freelance writer who also loves travel and nurturing expressions of creativity. She has previously worked as a content writer for a radio station but is enjoying exploring all areas of the wonderful world of writing.