Janet Spencer had been out of the workplace for nearly thirteen years, caring full time for her adopted son, Zeph, when one day she felt a quiet tug to volunteer at YMCA Exeter. Little did she know what lay in store. 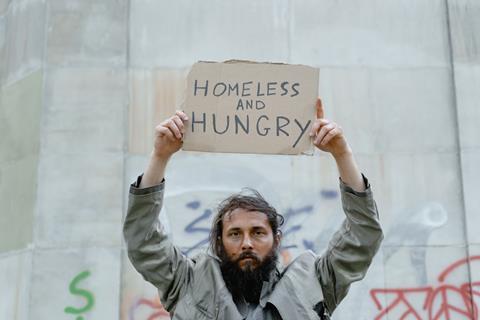 I remember the day we heard God’s voice, we knew it was him and we knew we had to act. My husband and I already had three wonderful children of our own, but we knew God was asking us to open our hearts to three-month-old Zeph. It’s beyond belief how God has used us over the years and all that he has taught us as we’ve learned to support Zeph with his learning difficulties, Down Syndrome and Autism. God has provided in ways we could never have imagined.

Over the years I had volunteered in school and for our church. In 2016 we moved to Exeter. I had the chance to visit YMCA Exeter for an open day and it was then that I felt the quiet tug to get involved. As a Christian I think it’s  important to give to the community and volunteering at YMCA Exeter seemed like the perfect way to help. I imagined I’d support the groupworks team with crafting and cooking lessons for YMCA Exeter young people living in the supported housing. But God had other plans.

Due to the limited hours I could offer, I was asked to volunteer as admin support in the housing office. It was a big shock. It was one of the hardest roles for someone who’s been out of the workplace for a long time as technology had moved on so much. I was trying to learn a new skill in just five hours every week. But the staff were gracious, answering the same questions - every week!

To be able to show them a room that could be their own - a consistent bed in a safe place and bedding that no one else had ever used - was amazing.

It turned out, sitting in the housing office was one of the best places I could be. Over the weeks and months, I built up a rapport with some of the young residents. I was a familiar face and a listening ear. On Thursdays I had the chance to show young people around the hostel accommodation. Some of them were living on the streets, some were sofa surfing or living in unsafe conditions. To be able to show them a room that could be their own - a consistent bed in a safe place and bedding that no one else had ever used - was amazing. We could offer safety and make them feel welcomed and in some way make them feel loved, which was incredible given that in some cases parents didn’t want them anymore or it wasn’t safe for them to stay at home.

What I  love about YMCA Exeter is that no matter how badly the room’s condition is when a resident moves out, the facilities team makes sure each new resident receives a pristine new room. Many of the young people when they leave home have nothing, yet every young person gets brand new bedding, crockery and cooking utensils and they’re allowed to take it all with them when they leave.

Volunteering has shown me how God can use my gifts and it’s amazing to see that we can be so useful to him.

As I showed young people around they were often quite overwhelmed by what they’d get. Especially for the one’s coming off the street. You could see them begin to relax a little. Most of the young people have huge anxieties around their life, yet once they settle in, these anxieties start to dissipate a little. To be able to volunteer for an organisation that is giving young people a new start in life, it’s just wonderful.

I would never have imagined this, but I’m now studying theology, mission and ministry. I’m in the discernment process to see whether ordination is the end result. I think that’s where God is leading me, so I could become a Deacon and be the hands and feet of Jesus in the community. But there’s no doubt that without all the opportunities I’ve had at YMCA Exeter and the confidence building, I wouldn’t have had the confidence to study again. Volunteering has shown me how God can use my gifts and it’s amazing to see that we can be so useful to him.

Janet SpencerJanet Spencer had been out of the workplace for nearly thirteen years, caring full time for her adopted son, Zeph, when one day she felt a quiet tug to volunteer at YMCA Exeter.