My life in a convent

When you hear the word ‘nun’ what do you think of? Sister Act or Julie Andrews in the iconic Sound of Music? If these are your benchmarks the reality may well disappoint. However, there are many delightful insights to discover about the religious life. Caroline Leighton spent some time as a postulant in a religious community and lifts the lid on what it was like 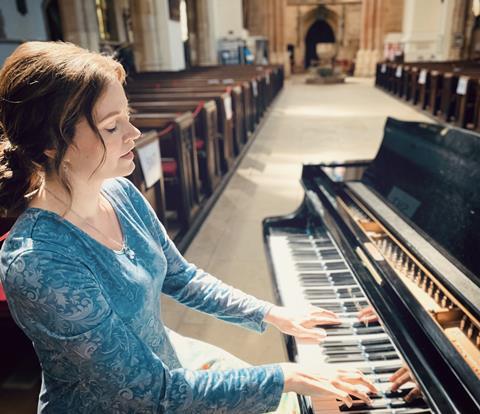 People often ask how someone like me, a non-churchgoer, ended up wanting to become a nun. There was something about living a selfless life that I found appealing. I resonated deeply with the fact that these incredible women devote their lives to prayer on behalf of the world, and choose to live in solitude.

As a child I was drawn to nature and loved solitude too. Looking back, I guess there was a sense of something almost spiritual in those quiet times. It was only later when I received ‘the call’ to go to convent that my life finally made sense. My whole background had been immersed in silence, so embracing a life of solitude was no surprise.

Music in the family

I grew up with my parents and two brothers (I’m the middle sibling). We lived in Birmingham briefly before moving to Lincolnshire when I was five years old. I didn’t grow up in a religious family, but my grandfather was ordained a priest at Worcester Cathedral in the Church of England in the 1960s. My parents were both graduates of the Royal Birmingham Conservatoire. My mum adored classical music and taught each of us how to play the piano. I went on to study music for my degree at Leeds University and after graduating began to teach it.

While I was composing church music for choirs back in 2012, I was asked to write something for Christmas. While researching the nativity I came across a video online of a Carmelite monastery in Norfolk (the same one I ended up entering). They had a stunning image of the crucifix with Jesus on the cross and I felt this strong pull to know more about him. It was so compelling that I knew I had to find out more about this place.

I joined the Carmelite monastery in October 2020 and was there until February 2021. It was a long process to be accepted and there was a waiting list, but, once you’re in, they give you a year to figure out if the lifestyle is for you. There were 23 nuns in the convent, ranging from 40 to 90 years old so, at the age of 35, I was the youngest, which meant I was really looked after.

It can take about five years to become a nun and there are several stages to go through. As a postulant (the term used for a candidate seeking admission into a religious order), which is what I was, you live within the community in order to observe religious life. As a postulant I wore a brown veil with long black skirts and white blouses.

The day was always regimented and many aspects of it carried out in silence. We woke up at 5:30am and the day consisted of prayers, singing, chores, services and Bible study. We went to the Chapel eight times a day and Mass every morning. As a postulant, I had to learn about the main tenets of the faith and Carmelite spirituality, which consists of the teachings of Saint Teresa of Avila who founded the order in the 16th century.

There were many things I enjoyed during my time at the convent, such as waking up at sunrise, singing with the choir, playing the organ, walking in the woods and living among a tight-knit community. All the sisters looked after each other; it was a very safe in environment. One of the most challenging aspects was what silence does to you on a spiritual level. It makes you confront sides of yourself you don’t always want to see. Through that, I learned a lot about myself, and about humility and prayer.

I chose to leave after four months because I wanted to pursue my church music and composing career. On a practical level I couldn’t do both, as the time constraints of the convent conflicted with the demands of my career. I realised I am called to serve God through music and writing, which I believe are equally as valid as other ways of serving. It’s about serving God where you are most fulfilled.

Since leaving the convent I feel content in my spiritual path. I live in the countryside, I have a shrine in my music room and my own prayer space and I still keep in touch with the nuns from the Carmelite monastery. I now work at a school in Grimsby and love nurturing young people’s talent. In fact, I do feel like Julie Andrews in the Sound of Music because I’ve lived in a convent, I can play the guitar and I can sing “Do-Re-Mi”!

• They are not in decline
• They don’t all wear black habits
• They can access the internet, for a short time
• They can see friends and family

DRAWN TO LIFE IN A CONVENT?

For anyone thinking about becoming a nun, here are five important points to consider:

1. Ask yourself if you love solitude and silence, because that is what the lifestyle of a nun demands of you.
2. Understand that it is a life of sacrifice, and so you have to be willing to give up many things.
3. Not everyone will understand your choice to follow such a path, so you have to be brave.
4. Take time to visit different convents, as they are not all the same and you need to find out where you best fit.
5. Pray about it – have you heard what God wants for your life?

Caroline Leighton is a composer and her recently published Christmas carol, ’The Christ Child’, is available now from Encore Publications

Have you ever considered being a nun? Tell us about your experience, womanalive@premier.org.uk

Caroline LeightonCaroline Leighton is a composer. To find out more visit her website: carolineleighton.co.uk or Instagram. Caroline has recently published a Christmas carol called ’The Christ Child’, which is available now from Encore Publications.