Love as a driving force

The Lady’s Mine is New York Times bestselling author Francine Rivers’ first novel for four years. Claire Musters finds out about the romantic fiction she wrote during lockdown 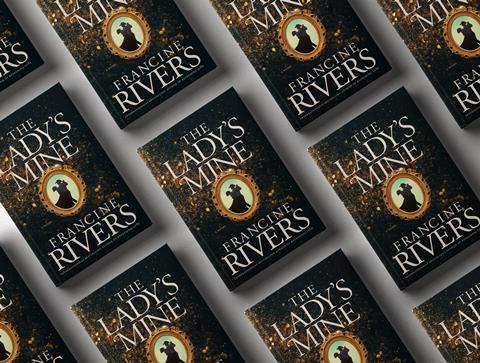 This novel is set in the Californian frontier, which is where your much earlier and critically acclaimed Redeeming Love was also set. What motivated you to return to this setting?

I’m a native Californian, and I’ve always loved our state history, especially the gold and silver rush periods. Redeeming Love takes place from 1849 to 1851. The Lady’s Mine jumps forward to the 1870s silver rush. Men from around the world and all walks of life poured into the state, hoping to strike it rich. A few women came – some by wagon train, some by ship, some willing…and some not. It was a time of high drama, boom and bust. I think that’s what appeals to me most – the dreams that brought people, the gruelling hard work that awaited them, the myriad stories of success and failure.

Both stories have a strong romantic thread running through them. Was the new love story between Kathyrn Walsh and Matthias Beck something that was fully developed in your mind at the start of the writing process, or did it evolve as you wrote?

As with any real relationship, it took time for me to get to know Kathryn and Matthias and ‘watch’ how their relationship progressed. (Writing is the most fun when the characters take over the story.) The attraction was mutual from the beginning, but both had reasons to withdraw because of that.

Kathryn is a suffragette and knows the moment she marries, she surrenders her rights to herself and her property. Matthias, on the other hand, has experienced betrayal by a woman, and is understandably cautious when Kathryn rouses feelings he hasn’t had for a long time, and never as strongly as what he feels the first time he sees her. I knew that much in the beginning, but their day-by-day interactions with one another were sometimes surprising to me. I’m thinking of one example toward the end when they are on a picnic, but I don’t want to give that away. Let’s just say I was as surprised as Matthias.

What do you hope readers will learn from delving into the inner thoughts of the characters in The Lady’s Mine?

Don’t let the unfairness of life embitter you. Strive to do good no matter what others around you are doing. Treat others as you would like to be treated. Stand up and find practical ways to help the less fortunate. A handout is good for a day. A hand up can change a life forever. Speak truth no matter the cost. Don’t take yourself too seriously. Laugh. Enjoy life. Don’t hold too tightly to your own opinion. Listen and learn from others. And above all, live to please the Lord.

What character in this story did you most enjoy crafting? Why?

Kathryn Walsh! She has strong faith, seeks the Lord and does what she believes is right. She isn’t a quiet little lady in the pew. She’s fiery, opinionated, earnest and determined to make the town she lives in better (whether men agree or not). When she realises she’s wrong about something, she changes her mind. When she’s right, she ploughs ahead no matter the cost. She looks for ways to help people rise from poverty. Though she has few resources herself, she shares what she does have. I had great fun writing this book and laced it with humour. Some ‘jokes’ are subtle. I was writing during lockdown, and desperately needed to laugh and have some fun. I hope the readers will enjoy the story as much as I enjoyed writing it.

Although set in the 1870s what themes in this story have particular relevance today?

One of the themes is the oft-unfair treatment of workers. During the silver rush, it was common to have a mine owner rolling in wealth while holding workers in debt bondage.

This is a common practice these days in human trafficking. We have laws now to protect workers, but without naming anyone, news stories abound of how one man at the top can rake in billions while paying workers minimum wage with few benefits. The nice side of fiction is to suggest other possibilities in how to conduct a business. 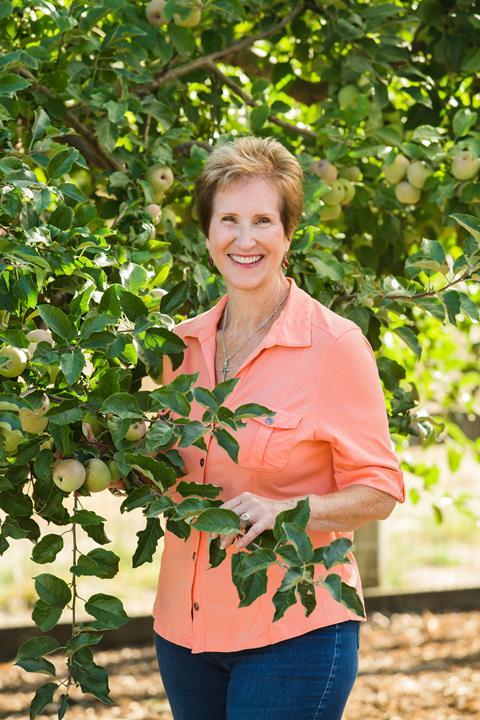 In their own ways, both Kathyrn and Matthias work hard to help their community, which is full of broken people living in a difficult, barren place. Did you set out consciously to write a story that had such a strong focus on loving your neighbour even through adverse conditions?

The question that started this project was: Can one person bring change to an entire community? I think one person can inspire many, which Kathryn does, but it often takes more than one to get the job done. Kathryn is the catalyst of change for many people in Calvada. But there are others who have been loving their neighbours for longer than she has been in town. For example, Kathryn is inspired by Ronya Vanderstrom, a café owner who hires destitute widows. As for Matthias, he was first challenged by her uncle “to get in the game”, and then by Kathryn’s passion to turn a filthy, lawless mining camp into a town decent enough to call home. Once he makes up his mind, he brings actual change far more quickly than Kathryn could have foreseen. But then, she didn’t know he already knew what needed to be done and how to do it.

What do you hope your readers come to know about God through this story?

Broken relationships don’t have to mean broken lives. Let (agape) love be the motivation for what you do and how you live. God can mould the most unlikely people into wise and gifted leaders. One person can change the course of a community. The Lord can make beauty from ashes.

The Lady’s Mine (Tyndale) by Francine Rivers is available from late February.