In conversation with a modern-day prophet

Emma Stark spoke to Jemimah Wright about being a prophet, and why she is passionate about the Church re-engaging with the Holy Spirit 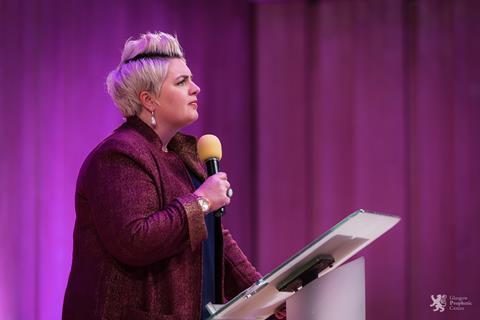 Emma Stark was born in Northern Ireland and is the fifth generation Bible teacher in her family, which, she says, left her with “a passion for the word of God, and an unshakable love for the Church.”

The community that Emma was born into was cessationist, which she explains as: “They did not believe in the gifts of the Spirit for today, nor for women in leadership. It was the Father, Son and Holy Scriptures.”

Despite that, Emma questioned things, and constantly asked her father why their church did not look like the Bible. Her father, a Baptist minister and theology lecturer, was an English protestant leader during the time of the Troubles.

“We lived in a high-alert lifestyle, and as I grew up my spiritual senses were also on high alert. I would know when somebody was shot, or a bomb had gone off. I had no language or understanding for how I knew things before they happened. In my understanding the Spirit of God had been relegated as a bit player in the godhead. Now I understand that when you bar the Spirit, you lose his ministry – which is bringing the conviction of sin. When there is no more conviction of sin, we are left with a liberal church.”

As a young woman, Emma came to a place of acknowledging not just her need of a Saviour, but her need of the indwelling Spirit of God. “Now we call that Holy Spirit baptism, or being filled with the Spirit. But in essence, I needed an indwelling deposit of the Spirit God, as much as I needed to surrender to the lordship of Christ.”

Emma was studying for her first degree in Politics and Sociology at the University of York when she had a dramatic encounter with the Holy Spirit. “It was at the time of the Toronto Blessing going around the world, and I was just so hungry for more of God.

“The Spirit of God came on me at a university Christian Union house party; I went into an open vision* and shook on the floor for hours. I also had an immediate explosion of speaking in tongues. I laughed and laughed in the joy of the Lord, and had to be carried to my room because I couldn’t walk. I was so drunk. I don’t drink alcohol, so I had really no experience in that condition.”

Emma met her husband, David, at university, and they married soon after. “He’s Glaswegian and we lived in London for a time. I worked for a pro-life charity, doing all the media and radio interviews, and then David got a job back up in Glasgow. I retrained and worked in pharmaceuticals. I loved it. We were also having children at that time and now have three kids; Jessica, 19, Peter, 15 and Samuel, 13.”

Back in Glasgow Emma had a growing desire to hear God’s voice, and teach others to do the same. “In 2008 we had an amazing minister, Simon Foster from Glasgow Elim Church. I said to him: ‘I think I need to run a prophetic school. Would you bless that?’ He said: ‘Oh, yes, go for it.’

I thought 20 people would turn up but we had 200 and I had no idea what I was doing. I actually wasn’t sure I was a prophet at that point.”

By the end of that year, the school had trained hundreds to hear God’s voice. By 2009 both Emma and David started working full time for what they had named the Glasgow Prophetic Centre. “We ran prophetic check-ups alongside the schools, where we ask God to show us if there is any area in the person’s life that needs healing / deliverance, or if there is any lie they are believing. We prophesy over people for 45 minutes, none of this three-minute nonsense, because sometimes you need a complete overview. We started offering appointments, and now we have done about 40,000 hours of personal prophetic ministry in prophetic check-ups alone.

“We also decided we would do something called Lion Bites, where we would write daily prophetic words and send them by email. They now go to at least 83 nations every day.” 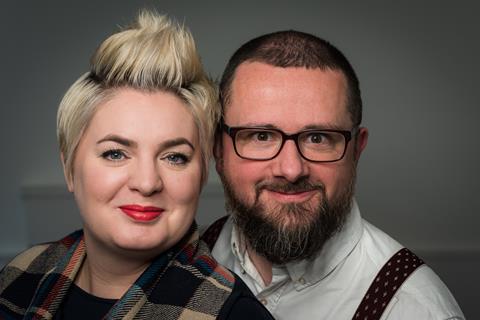 The office of prophet

In all of this, Emma started shifting gear from training on the gift of prophecy, and started to wrestle with the concept of the missing ‘office’ of prophet. “I restarted the dormant Council of Prophets. We renamed it from United Kingdom to British Isles Council of Prophets, because I wanted to be inclusive of the landmass of Ireland.

“In the first few months of starting Glasgow Prophetic Centre, I knew I needed a mentor. I had heard of Dr Sharon Stone and Christian International Mission, and so we chased her down. I just went around the country following her, and invested in being mentored by her by turning up. She and some others called me into the office of prophet, and they ordained David and me with Christian International Mission under Bishop Bill Hammond (its founder).

“The gift of prophecy is given by the Spirit in Corinthians. It is for strengthening, encouragement and exhortation. It’s a gift that everybody can use. Paul writes that all may prophesy in 1 Corinthians 14. It is about the ability to bring personal words.

“The office of the prophet is a gift from Jesus, not the Spirit, mainly listed in Ephesians, 2 and 4, and is part of the governmental structure of the Church. It is more responsible for words that steward leadership, nations, tribes, regions, which are about correction, direction and understanding seasons of time.”

“God speaks in many different ways. From the entry level of a Holy Spirit hunch right the way through to visions, dreams, translations, trances, Third Heaven encounters, angelic visitation, being caught up in the Spirit and Spirit travel.

“I have long loved Psalm 46:4: ‘There is a river whose streams make glad the city of God.’ One of my life prayers has always been: ‘Oh God. I want to be part of that movement, that river, that stream that flows the City of God that makes you glad.’

“The first time I heard the audible voice of God, he woke me up in the night. In fact, he physically shook me awake. I was in Spain on holiday visiting my parents in their house. I knew that Jesus was in the room. He simply said: ‘You are a river that makes me glad.’ I trembled and received deep healing from hearing that. It gave me a sense of security that I was on the right trajectory doing the right thing within the revelatory movement.

“I’d read Psalm 46 about a hundred times and meditated on it. It was my favourite scripture. But when I heard the audible voice of God tell me I was making him glad, it changed me. 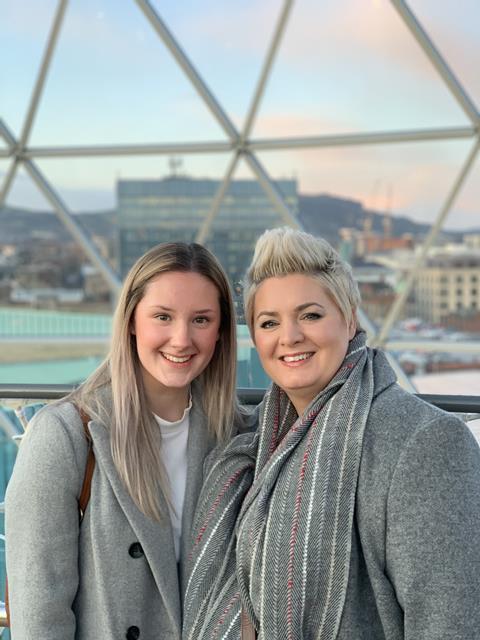 Emma with her daughter Jessica

“The Spirit of God is introduced to us in the first couple of verses of scripture in a noteworthy way, as a fluttering, shaking, hovering, vibrating spirit in movement. That is our first lesson of the Spirit. He’s in movement. Now that word, in Hebrew, is a word that is used to describe Jeremiah, when he is drunk, and his bones are trembling. It is the same word through the Old Testament.”

“Sometimes churches can get very upset when the Spirit comes and moves us, because it may mean change, or may make us feel uncomfortable. And I don’t just mean in standard Pentecostal manifestations, I mean, in movement, in our choices, and in our church structures, because he is involved in creative movement. If you bar the Spirit, you bar creative movement, so you are left with a church in defence and protectionism mindsets, rather than risk taking faith and pioneering mindsets.

“During the pandemic we have seen that the Church has been deemed non-essential as a voice in our nation, because there is no Spirit and therefore no power. When I say power, I don’t mean domination and empire, I mean the power for liberation to set the captives free.”

Emma advises those wanting to grow in the prophetic and hearing God’s voice to connect with a prophetic community.

“You have a responsibility to awake from dormancy and to fan into flame spiritual gifts, but you also have responsibility to make sure you are somewhere where hands are laid on. In other words, be in contact with a prophetic community. Paul writes to Timothy and says: “I remind you to fan into flame the gift of God that is in you, which is in you through the laying on of my hands” (2 Timothy 1:6).

If you are interested in hearing what Emma feels God is saying for this next season, visit YouTube.

Emma StarkEmma Stark is a prophet who ministers and teaches around the world. Together with her husband, David, she leads Glasgow Prophetic Centre. Emma has written four books, including The Prophetic Warrior and Freedom from Fear (both published by Destiny Image Publishers). Find out more at: propheticscots.com