‘I was left vulnerable to abuse’

Pat Brooker, 82, shares her story of growing up in Fiji, Singapore and Malaysia, and how she found healing from childhood abuse through forgiveness as an adult 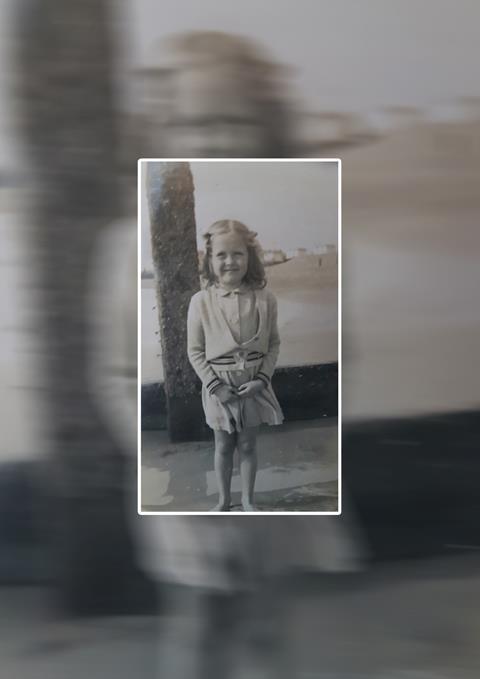 I was born in Fiji at the start of the second world war in 1939, and lived there until I was nearly five. My father was working in the audit department of the colonial service, but during the war he was asked to clear mangrove swamps to build trenches, and to decipher cables, alongside many other young men.

We returned to the UK in 1943, first on one ship going to New Zealand to pick up butter and lamb, then joining a huge convoy of 90 ships in America, including destroyers and aircraft carriers.

Arriving in England, we lived in a flat in Worthing, and I attended my first school. As I was a bit of a chatterbox, the teacher called me up to the front one day and asked me to stick out my tongue. “Just as I thought,” the teacher said. “You’ve got a very long tongue!” I was mortified.

In 1946, our family moved to Singapore, and then Penang, Malaya (now Malaysia) six months later, where I attended a convent school. I was the only English girl in my class; we all found the nuns to be very kind.

After Penang came Kenya in 1949, but in between each country move we would return by ship to have a short spell in England. We lived in large colonial houses overseas, and my mother entered happily into the colonial life, enjoying tennis and bridge parties, while I was partly brought up by the local amahs (nannies).

In Kenya we lived opposite the governor’s house, and I remember waving to the then Princess Elizabeth as she passed our drive once on holiday there. While she was at Treetops on safari that night, we were sad to hear that her father, King George VI, had died.

On the day of his funeral, all the pupils at my school were made to stop what they were doing and stand still as the 56 cannons went off in Nairobi, one per minute. Our class were on the tennis courts at the time, and I remember some of my friends fainting in the midday heat.

My parents were happily married. I was the oldest child of four, and used to read my youngest brother bedtime stories each night. If my oldest brother and I argued at mealtimes, we were sent out to the veranda to finish our meals there!

Being brought up largely by amahs, while my mother attended bridge and tennis parties, left me vulnerable to abuse. So did the many times I spent alone in the cabin on long ship voyages because of my awful sea sickness, and the boarding school holidays spent with distant friends and family while my parents were overseas.

My subconscious mind coped with the trauma of every episode of abuse by suppressing the memories, so much so that they were completely forgotten for decades afterwards.

When I was 13 I was sent to boarding school in Kent. In the school holidays I went to stay with English friends or relatives, along with my oldest sibling, as my parents were still overseas. I was more homesick in the holidays, without my friends around, than in term time.

There was one period when I didn’t see my parents for a whole 18 months. Mealtimes were a misery for me as I hated school dinners. I couldn’t bear the thin fatty roast meat for Sunday lunch, and the pilchards on Sunday evenings, although the steam puddings made up for it a little.

After school I went to teacher training college (1957-60) on the Thames at Richmond, which I thoroughly enjoyed. I went out to teach in a British Army children’s school in Singapore. The Gurkha children in my class were beautifully behaved.

I was introduced to my husband at a dinner party when I was teaching in Singapore. Having spent several years in the army in Korea and Malaya, he was working as a marketing director in an imports firm there (with a wonderful view of the busy port from his office window).

We married in 1965 back in Kent, where my parents were living at the time, but returned to Singapore after the honeymoon.

I was absolutely thrilled when my daughters were born (in 1967 and 1971). However, Singapore is a largely Chinese society where sons are highly valued, and when my second daughter was born the midwife (who knew I already had one daughter) said to me: “Never mind, better luck next time!” 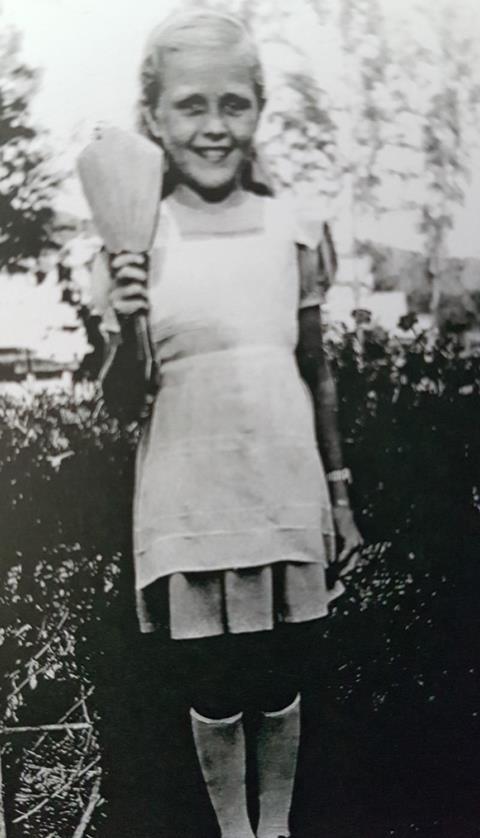 I came to faith in Singapore when I was about 30. I was a member of the cathedral choir. One Christmas Eve, as we were getting into our choir robes, I went to the telephone to ring my husband and find out whether Nicola, our daughter, was settling for the night.

I saw a wonderful verse by the side of the phone: “Humble yourself beneath the mighty arm of God” and someone had added: “And the blessings will begin to flow.” That sounded so delightful, as my life was in a bit of a mess at that time (my husband was drinking too much).

I thought to myself: “OK God, I am sure you can make a better job of my life than I have, and I would love your blessings!” As I handed over the control of my life to God, a feeling of freedom swept over me, which showed on the outside as friends commented that I was smiling more.

In my late 40s a series of events caused memories of abuse to surface, and at the age of 54, during the wedding of my eldest daughter, I suffered a violent flashback. I sought Christian counselling, and as the memories came to the surface during counselling sessions, we asked Jesus to show me where he was, and sometimes what he was saying to me, in each situation. I found his presence a great healing comfort.

Whenever I have surrendered control of my life to God, and learned to trust him more, things have worked out in ways I couldn’t have imagined. My husband retired early to England in 1978, and spent much of our money brewing his own beer.

One day we were shocked to see a ray of sunlight coming in through the loft – there was a hole in the roof and we didn’t have money to fix it. We received a government grant to have a new roof, but this only covered some of the expense. Not knowing about our need for money, my mother sent me a cheque at that time, which covered the remainder of the cost exactly. What a wonderful God to care for such small details in his children’s lives! 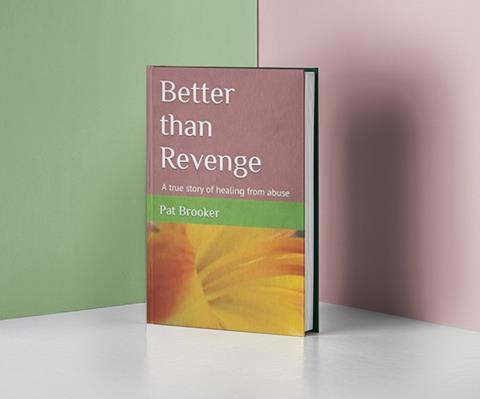 A lesson in forgiveness

My life lesson to pass on to others relates to the title of my book Better than Revenge. I chose this title after being shocked to discover a popular, secular women’s magazine labelled Revenge Edition, full of stories about people trying to get revenge on those who had hurt them. Little do these people realise that revenge is like trying unsuccessfully to poison the abuser, when actually the bitterness we feel from taking revenge slowly poisons us.

Through the healing of my memories and my decision to forgive, I found myself becoming a more relaxed, positive person. My husband also went through a transformation when he became a Christian not long before he died in 2007, and we shared some happy last years of marriage together.

I had prayed for decades for him to come to faith, but he struggled to believe that God would be able to forgive him for his drinking past. However, after a lovely letter from our youngest daughter, thanking him for all the good things he had done for her as a father, he reached out to God and spoke of a new feeling of being “in a wide, open space”. I look forward to being reunited with him in heaven, when our healing will be complete!

The Bible says: “Do not let the sun go down while you are still angry, and do not give the devil a foothold” (Ephesians 4:26-27). Only forgiveness brings true healing and freedom.

Though we may not feel like forgiving with our emotions, we can make a conscious choice with our will to forgive. Once we have decided to obey God in this way, he will change our hearts towards the people who have hurt us, though it may take some time.

My favourite Bible verse is Romans 8:31: “If God is for us, who can be against us?” I like to remember that whoever and whatever comes against me in my life, God is for me and he is greater!

Pat writes under a pseudonym in order to protect people’s identities. Her book Better than Revenge was published in 2021 and is available on Amazon. All proceeds from the book go to the Bible Society.