‘I was drawn into the subculture of alternative spirituality’

After years searching for hope within the occult, Talitha Colchester shares her story of finding Christ and his peace 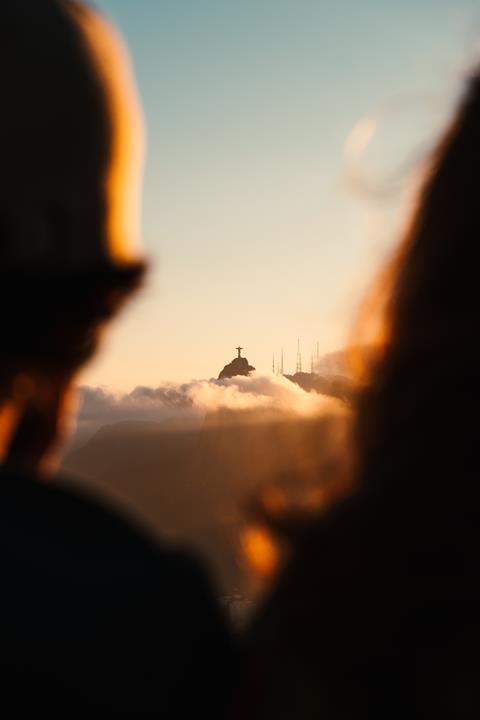 Like many hungry for healing, I was drawn into the subculture of alternative spirituality (a mixture of paganism, traditional witchcraft and New Age practices). I was convinced it would deliver the transformation and health, wealth and happiness it promised.

I began self-medicating to numb my pain from a young age. Firstly, through binge-eating, purging and compulsive behaviours, then through alcohol, drugs and promiscuity. Overwhelmed and enchanted by the immediate results and physical intensity of pagan practices, I abandoned my PhD, ‘Sexual Trauma and the Body in the Bible’, in order to pursue purification full time. First as a patient, then as a practitioner.

Although I wasn’t against Christ himself, I had a lot of issues with the Church

Seeking to heal my ancestral lineage, I dove into the ancient rites of my great-grandmother, a wild bohemian who had eloped with a sun-worshipping occultist. My parents, both born-again Christians, continued to pray for my salvation during those years and remained close, respecting my choices – however bad they were. Following seven years of travelling around the world studying under masters of different lineages, I went to stay in an Orthodox monastery.

Viewing the Church as the enemy

Although I wasn’t against Christ himself, I had a lot of issues with the Church, both spiritually and politically. A lifelong feminist, I was also a bisexual advocate for LGBTQ rights, and worked to preserve the spiritual traditions of pagan communities. In the world of witchcraft in which I existed, Christianity was the implicit enemy of everything we were trying to achieve through our worship of Mother Earth.

As soon as I arrived at the monastery, I began to feel things shift within me. It was different to anything I had felt before. Through a series of mystical revelations, Christ’s love began to completely overwhelm me. Suddenly my eyes were opened, and he revealed himself to me. At that moment, my life changed. I changed – immediately, irreversibly and totally. It was the same loving Jesus of my childhood, but it was like I was meeting him for the first time.

Finding freedom…and the battle that ensued

My conversion was the lifting of a veil. I had been given the gift of understanding that Christ is the Living God, that all other gods are dead and that the devil is real (as opposed to an abstract intellectual concept or another way of understanding the ego). As a result, I was able to see my non-duality spiritual world for what it truly was: a satanic underworld populated by demons.

Newly aware that Jesus is indeed the way, the truth and the life and that no one can receive eternal life except through him (an idea I had vehemently opposed previously), I realised the extent to which I had been deceived about the nature of reality. Everything I believed contradicted Jesus’ words that he is the only mediator between humans and God, and the only means by which humans can be saved.

Unlike all the other traditions, lineages and religions I practised, true Christianity cannot be mixed with anything else. My life, which had felt so overwhelmingly complex, frenetic and busy, suddenly became simple, tranquil and ordered. It was a peace that transcended everything I had previously experienced. I had finally found rest.

Through conviction of my sin, I began to repent and renounce everything that I had been involved in.

Following this awakening, the spiritual warfare began. I was a very diligent worker, and the spirits I served were furious to have lost one of their false prophets. Christ’s light showed me that because I had gone through occult initiations, and had vowed to serve different ‘gods’, I had put myself directly under the authority of the evil one. As a result of accepting Christ, however, I had been saved from spiritual prison.

In order to counter the attacks of the enemy, and in order to be transformed internally, I was directed to immerse myself in prayer, worship and the ‘consuming’ of God’s word. Through doing this, my spirit, my will, my emotions and my thoughts began to align with the heavenly love of God. I retreated from the world for six months, focusing solely on Christ. Following the initial cleansing of pronounced occult activity – the magic, the rituals, the spirit contact, the idol worship – the Holy Spirit then began to penetrate deeper into my being, exposing further layers of corruption.

I began to see how much of my mind was influenced by my culture and how this had separated me from Christ. I had been unaware that a lot of my activism had been driven by a latent sense of entitlement and victimhood. As the Lord began to work on this, my relationship to feminism, LGBTQ rights, critical race theory and militant egalitarianism radically changed. Strong spirits of anti-white racism and anti-male prejudice were uprooted as a result of reading the Bible, and the Psalms particularly, on a daily basis. Through this process of mental renewal, the Lord revealed the extent to which I had been possessed by nihilistic (and narcissistic) ideologies.

Those pertaining to gender had in particular inhibited me from comprehending biblical (and thus biological and spiritual) facts. Coming to not just accept, but actively and joyfully encourage, male headship was perhaps one of the biggest shocks of all (though it’s a delicate matter and how this is approached is circumstantially dependent). 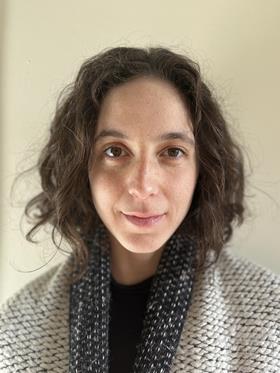 The spiritual attacks continue. We are in a war. But the yoke of Christ, which is easy and light, has meant that these experiences have been suffused with the mystical joy of knowing that I am struggling for God. By his grace, I am now alive, and I am now free.

These events are discussed in greater detail in Talitha’s forthcoming book, Hidden Riches of Secret Places: From Addiction and Deception to Redemption and Transformation in Christ. Find out more about Talitha’s work at talithacolchester.com