‘I dealt with racism every day’

Rejected from church because of her skin colour, unsupported by her father for being a woman, and surviving a suicide attempt has not stopped grandmother, Babi Dixon, 70, from seeing God at work in her life 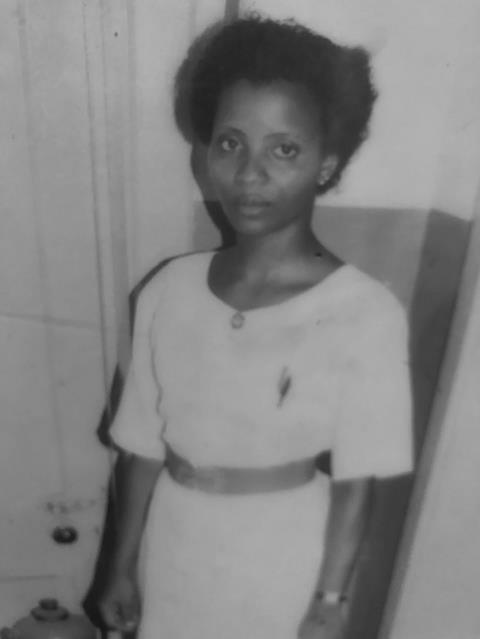 I was born and brought up in Lagos, Nigeria, as one of five siblings. My mother had a strong faith, and was part of a Pentecostal church called Cherubim and Seraphim. She used to go out into the marketplace in Lagos and invite all those who were begging to come and eat at our house. She used to tell me: “You are not better than anybody. We are all made the same way. You need to look after people, to hold up those who are down and bring them to Christ.”

My father was not a Christian; he had a high position in the military and had other children with different women. My mother was not traditionally educated, but knew the Bible from beginning to end. When I was about ten years old, I said to her: “Mum, you can’t read, how do you know the Bible?” She said it was given to her spiritually. She had a supernatural ability to read and understand the word of God.

When I was about 14 my older brother, Kolawole, died of a sudden illness, aged only 19. He was studying to be a doctor. I went to visit him in hospital before he died. He said he wanted me to finish what he started and become a doctor myself. He told me I had what it took. I was so devastated when he died, and did plan to study medicine to honour him.

In 1968 I moved to London to do my A-levels. I had family living in the UK, but I stayed in a flat by myself in Hammersmith. I loved the freedom. Later I won a scholarship to Oral Roberts University in the USA to study medicine, but my dad refused to pay for me to go because I was a girl.

I was disappointed, but I ended up staying in England and trained as a psychiatric nurse at Warwick Central Hospital. My home was in Coventry, and I tried to find a church because that was the first thing my mum had told me to do. I found a local church near where I lived and I started attending, sitting at the back. One Sunday I said to the vicar as I walked out: “See you next week.” He replied: “You won’t see me next week. My congregation does not like people like you in church. Please don’t come back.”

I was angry and hurt, but I dealt with racism every day and would not let anybody break me. In the end, I found others like me, from Jamaica and other parts of the West Indies. We started congregating in each other’s homes on Sundays and did Bible studies together. 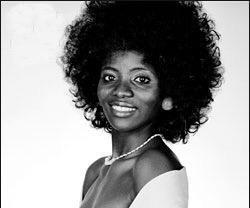 While I was a student nurse, my principle tutor in Warwick said I had a beautiful face and figure and I should try modelling. I was flattered, and, for a moment, thought if I tried modelling, it could lead to an exciting and glamorous new career.

My tutor connected me to some people, and I ended up being a Page Three girl in The Sun newspaper. I didn’t think about being an object of lust; I just felt it would be an exciting thing to do.

For the shoot I was photographed by the famous David Bailey. He was very kind and polite; I was treated with respect by everyone there. My parents were not happy when they found out, but my two uncles in England said they should be proud of me, as it was quite an achievement. I did a few other modelling jobs while I was a student, but gave it up when I got married.

I married a fellow Nigerian when I was in my 20s, but it was not a happy marriage. The only good thing that came out of it was my three beautiful daughters. During the marriage, I moved back to Nigeria and worked at the WHO Psychiatric Hospital in Lagos. I was in Nigeria from 1979 to 1989 but, after my marriage ended, I returned to the UK.

When I was single again, my daughters watched a TV programme called Be My Parents. There was a baby boy who needed adopting on the programme. “Please can we have him?” my girls asked me again and again. I said no at first, but they were so insistent that I got in touch with the council in Croydon and we started the ball rolling.

During that time I was working as a staff nurse at Ashford Hospital in Middlesex. My colleagues would travel to Spain to go partying. They invited me but I always refused. They told me to stop ‘Bible bashing’ as I spent most of my time reading the Bible and praying. Unknown to me they signed me up to a dating agency. I started getting letters from men, which I was not happy about it – until I heard from a lovely Englishman.

We ended up getting married in 1994, not long after the adoption of the little boy that my daughters had asked for went through. Our son came to live with us when he was three years old. He is now 31. He was from a mixed-race background; his father was West Indian, and his mother was white.

During those years I was working as a psychiatric nurse. I’ve supported people with alcohol problems and eating disorders, many from affluent backgrounds. Mental health draws no boundaries – anyone can be affected. A few years ago I was on holiday in Dubai (where my youngest daughter lives). I heard a voice called to me: “Mama Africa”. I turned around to see one of my former patients standing there. It is wonderful to see people again and know that they are living life to the full. 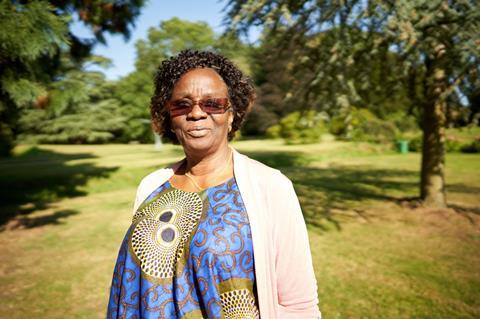 A bright light and voice saved me

In 2010 I went through a very difficult time. I went bankrupt and lost my care home business. It broke me, and I felt that suicide was my only option. I drove to a cliff near where I lived in Hazelmere and wrote a suicide note, putting my husband’s number on it. I was going to take the brake off, put the car in reverse, and let it go over the cliff. But as I was in the car there was suddenly a very bright light next to me. A voice came from the light. It said: “It is not finished until I say it is finished.” I couldn’t see as the light was so bright. I asked: “Who are you?” The voice simply repeated: “It is not finished until I say.” I was reminded of my little boy and my girls, and my husband. I took the car out of reverse, and as I did my daughter called me. I was already crying at that point. “Where are you mum?” she asked. “I am on my way home,” I told her.

God saved me from taking my life that day, and I am so glad he did. I picked myself up and started working for a rehabilitation unit in Woking. I am now writing my autobiography, called An Unshakable Grace and recently began working at a Pilgrim’s Friend Society care home as a registered manager. It is the best company I have ever worked for; you can pray and sing with the family members. We don’t call those with us patients or residents, but family members. When someone is ready to be called to glory, we worship and pray with them, until they fall into the arms of Jesus.

What I say to my children is what my mother taught me: No matter what you do, always be yourself. You are not higher than anybody. We are all the same – all children of God. If you see people suffering, be good to them. Care for others, and God will care for you.

For more info on Pilgrim’s Friend Society go to pilgrimsfriend.org.uk