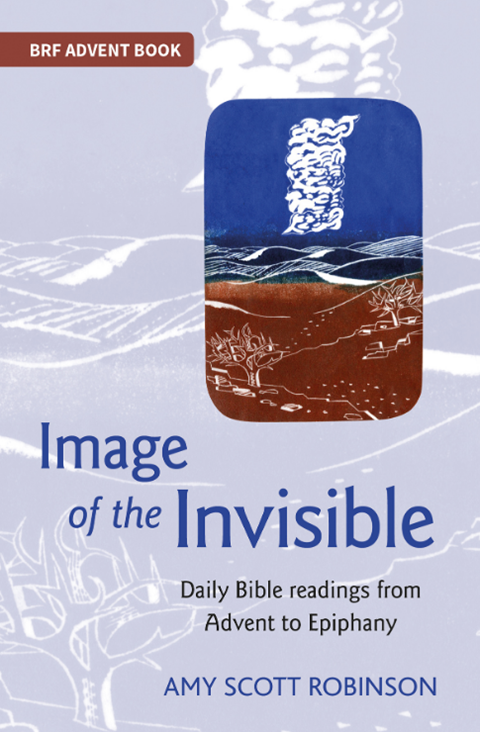 Welcome to Advent! Our culture seems to have jumped over this season of preparation in December in its embrace of all things Christmas. I succumb to some of the cultural trappings, such as decorating the Christmas tree much earlier than those who save it for Christmas Eve and listening to Christmas carols while baking. But preparing spiritually for the season of Christmas (the twelve days between Christmas Day and Epiphany) is something I seek to do each year. And I can think of no better book to accompany my – and your – journey this year than Amy Robinson’s excellent Image of the Invisible.

Maybe it’s because I’m especially tired today that as I read her book again I wept while encountering many of the ways God makes himself known. But perhaps not, for pondering the truth that he who is utterly beyond us yet reveals himself in ways that we can grasp, makes me emotional. Yes, most importantly, he becomes a baby through Jesus, which we celebrate at Christmas. But as Amy shares, God appears in so many other metaphors and images in the Bible – such as a burning bush, a weaver, a gardener, a shepherd, the landowner, the king. As God reveals himself through these metaphors, we find ourselves as well – if he is the shepherd, we are the sheep; if he is the gardener, we are his plants.

Take, for instance, Amy’s exploration of God as a weaver, as rooted in Psalm 139. She paints the picture of life in an ancient Middle Eastern house, and how tucked away in a corner will be a loom hanging from the ceiling. There amid the chatter of the daily activities, a woman will return again and again to the loom, weaving thread after thread before an interruption takes her away. And God is a weaver too, he who knits us together in our mother’s womb (Psalm 139:13–14). In Scripture, the cloth that he weaves tends to symbolise our lives, and when the cloth is cut from the loom, our lives will end. As Hezekiah said in Isaiah 38:12, “Like a weaver I have rolled up my life; he cuts me off from the loom; from day to night you bring me to an end.” But we are not to despair at this, for as Amy notes, “This metaphor carries a hope of eternal life; we are intended, designed, for a life after death, a life away from the loom.”

I so highly recommend Image of the Invisible. It unlocks the metaphors and images of God in creative ways that we might have missed otherwise. Through her creative, thought-provoking, and compelling writing, Amy leads us to the God who makes himself known.