Heidi Crowter believes having Down’s syndrome shouldn’t make the difference between life and death, but the high court disagrees

In the same week that CBeebies appoints a new presenter with Down’s syndrome, the court upholds the 1967 abortion law which allows for babies with the condition to be aborted up to full term 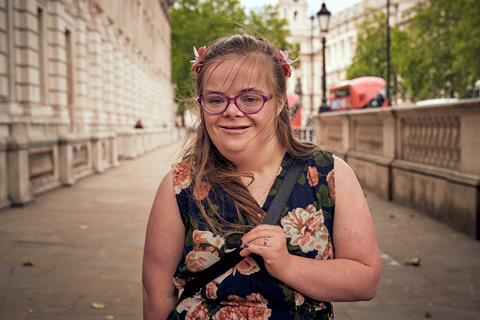 Thursday 23 September was a black day for those with Down’s syndrome and their loved ones. The high court ruled that it remains acceptable for a baby with the condition to be terminated in the womb right up to birth, while the cut-off point for a ‘normal’ foetus is 24 weeks. No wonder one of the challengers, Heidi Crowter, who herself has Down’s syndrome, considers this discriminatory.

What makes this decision even more disappointing is that just days earlier the national press united in congratulating George Webster on his appointment as CBeebies’ first ever presenter with Down’s syndrome. Actress Sally Phillips, whose son has the condition, tweeted: “Oh CBeebies I could not love you more. This means so much to us and isn’t George amazing!!” Yet if the abortion law continues in its current form, people like George may never be born.

At a two-day hearing earlier this year, Heidi, Máire Lea-Wilson – mum to Aidan, who also has Down’s syndrome – challenged the government, arguing that the Action Act 1967 is discriminatory and breaches human rights. Sadly, their hopes were dashed when two high court judges ruled that the current legislation was not unlawful.

Living life to the full

The verdict confirmed the feeling of Heidi and thousands of others that their lives are considered to be of less value. Where does this continued prejudice against Down’s syndrome come from? Why do people perpetuate the lie that those with Down’s syndrome will never be able to attend mainstream schools or achieve anything; that they’ll never be able to get a job or marry; that they will be a burden to society?

Heidi is living proof that this is not the case. She has GCSEs and NVQs, she has worked in a hairdressing salon, and last year she got married. She is articulate, funny and an ardent campaigner for Down’s syndrome rights. Nobody who meets Heidi could have any doubt that she loves live and lives it to the full.

And her faith is a real anchor in her life, as well as a huge motivator in her campaigning. As she told Woman Alive at the start of the year: “The verse: ‘I am fearfully and wonderfully made’ (Psalm 139:14) is really important to me as it reminds me that God created me and sees me as precious. I’m not a burden. Or a risk. Or a page in a medical journal. I’m a person with feelings. I may have an extra chromosome but what I want is the same thing every woman wants – to be loved and valued just as I am.”

Down but not out

Máire, who was offered several terminations during her pregnancy – the last just two days before Aidan was born – told members of the press that the judgement was incredibly hurtful. Heidi also found it hard to hide her disappointment as she spoke after the decision. “We face discrimination every day at schools, in the workplace and in society. Thanks to the verdict, the judges have upheld discrimination in the womb, too.”

Heidi may have hit the ropes, but she’s far from out of the match, and there is still a chance to appeal the decision. “This is a sad day but I will keep fighting,” she posted on Twitter.

Heidi and Máire’s next step is to address the Court of Appeal. You can support them here.