A celebration of gospel

Cassandra Mariais a presenter, producer and content creator for Premier Gospel. The radio show is hosting the Premier Gospel Awards on 18 June in London and Tola-Doll Fisher asked Cassandra some questions about herself, as well as the much-loved gospel show 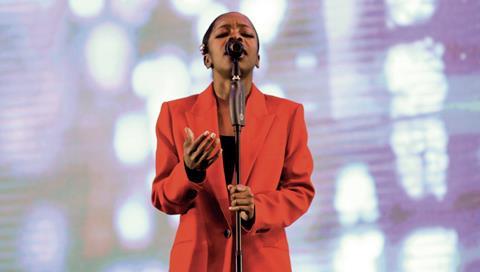 What is your work background? I write and create comedy, and also have experience in radio presenting, hosting and other bits and bobs.

When did you become a Christian? I was bought up as a Christian (my mother was quite strict in what we watched on TV as children) but I didn’t take my faith seriously until the age of 20, which is when I felt God pulling me to find him.

When did you start at Premier? January 2020, right before the pandemic!

What drew you to Premier? The fact that everything is for God; as a Christian in an industry that doesn’t often cater to the things of God I wanted to use my presenting skills to encourage people in their faith.

You moved from Birmingham to London – why did you make that move when Brum is already a thriving city? I had always wanted to move to London as there’s more opportunities in terms of making a living as a presenter, comedian or whatever else it may be. It seemed like such a vibrant city and I’ve always loved places that feel alive. So when this opportunity came up I knew it was time to explore the Big Smoke.

How was it adjusting from one big city to a bigger one? Different – I learned that a car isn’t as much of a necessity as I thought it was. I’ve lived in big cities so the adjustment wasn’t too drastic – I guess the main surprise was how expensive everything in London is (a shoebox room is £800pcm!).

How was working during the pandemic? I quite enjoyed working through the pandemic if I’m honest. It was strange having just started a new job and then have everyone leave the office in a matter of months! But I was grateful to have a job during a time when so many jobs were being lost.

What helped you through the loneliness of the pandemic? Definitely, friends and family, FaceTime was used heavily! And of course God and being able to pray whenever it got lonely in my little shoebox.

What was it like growing up in predominantly Black area as a child of dual heritage? Birmingham a very multicultural city, but the area where I grew up was predominantly white. I was one of five non-white people in my primary school. For me, having two cultures wasn’t a big deal; I was comfortable around everybody. It only became a big deal once I got older and people told me what I was and wasn’t allowed to identify as, ie “you’re not black” or “white people don’t see you as white”. That got confusing but I managed to work it out…eventually.

Why do you think having a ‘gospel’ brand at Premier is important? Because gospel music is life! It’s helped so many get through so much and to have a whole platform dedicated to that will show the world how God can move.

Does ‘gospel’ exclude white people? I don’t think it does, but I can see why some may think that. Traditionally, gospel music was made by Black people for Black churches and from that many other genres of music have been developed by Black artists who have grown up with gospel. However, if a white person wanted to make or listen to gospel music or music that has stemmed from that genre they’re more than welcome to! There’s no gatekeeper, just great artists and a love for the genre.

What are you most looking forward to with the award ceremony coming up on 18 June? Seeing people come together after so long! We’ve had to postpone the awards twice so to finally get everyone together is something I’m excited about.

What makes Premier Gospel (PG) such a successful brand? I think it’s our energy – everyone at PG has a lot of fun and people love that as Christians we can still have a laugh.

Which PG initiative would you like to highlight? The NakedLove podcast (NakedLove.podbean.com) is doing well. They’re so raw and real on there that it’s hard to not relate to what they’re saying – definitely give it a listen (adult only so do watch out for little ones around!)

What’s the biggest issue you’ve faced at church or in the Church? One of the big issues is the segregation between denominations – the ongoing conflict on how ‘best’ to serve and love God. It can be tiring when there’s so many external things that come against the faith already.

How does Premier Gospel tackle some of those issues? We don’t discriminate or shout down any denomination; they all have a place and are respected as we understand that, ultimately, it’s all about Jesus.

The Premier Gospel Awards are taking place on 18 June 2022 at the Hilton Hotel, Park Lane, London. Visit premiergospelawards.org.uk to book your tickets now